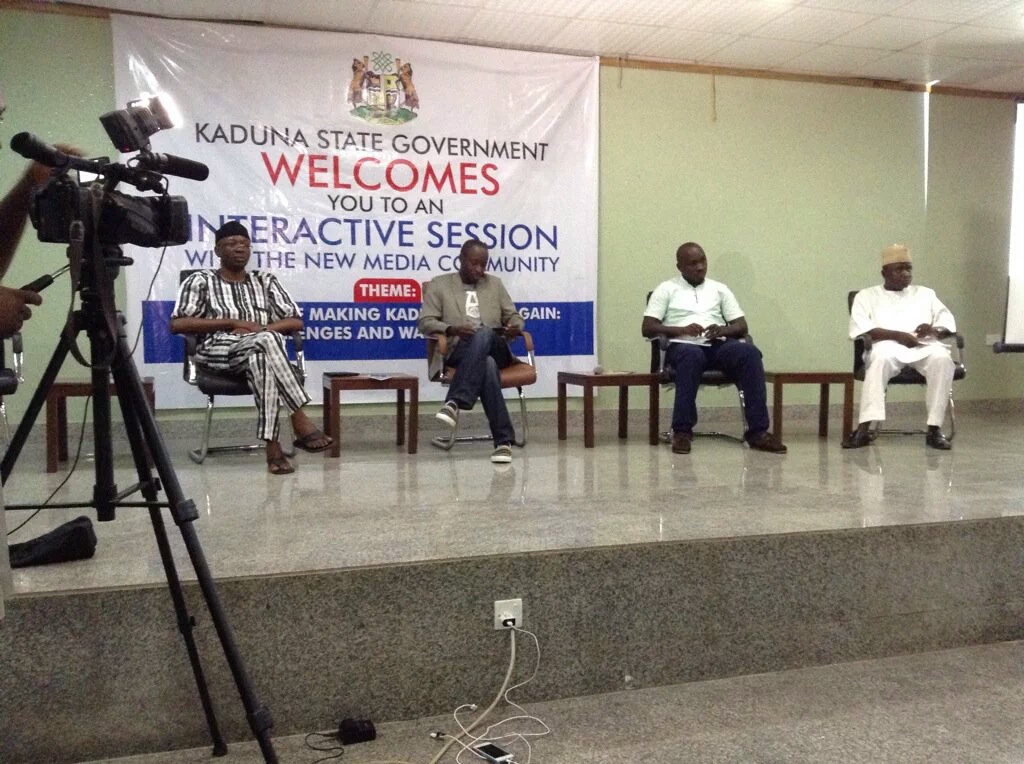 I did not argue my points further at the occasion or seek for a space to make them most elaborate. There were many who wanted to speak. It was also clearly stated that the room is open for the conversation to continue on the space of social media. This is why I am taking my review of the gathering and observations to the pages of newspapers with the hope that the leadership of the state will re-evaluate itself based on the substance therein. I had hoped that the Commissioner would elaborately highlight why after about six months of the verification exercises and at a year commemoration of the administration, still some employees of Kaduna state are not getting their salaries. Why some are still suffering from salary cuts each month? Are refunds going to be made to the employees after the payroll is stabilised? When is the payroll going to be stabilised finally since that has not been achieved within a year? Is the government planning to establish a clear, transparent and easy mechanism where employees can verify issues with their salaries when they happen and within a very short period of time?

The occasion was the interactive session organized by the office of the Special Assistant to the governor on Social Media. It held on the 30th of May, 2016 at ASAA Pyramid Hotel Kaduna, between 11am to 4pm as part of the celebration marking one year anniversary of the APC administration in office! It is among the government’s effort at crowd-sourcing for developmental ideas and honing its implementation strategies.

I was among the two panelists scheduled for the event to first engage the other panelists from the side of the government – the Commissioner of Budget and Planning, Muhammad Sani Abdullahi and the Senior Special Assistant to the Governor on media, Mr. Muyiwa Adekeye – make meat of them, before handing them over to the audience for a perfect lunch! The audience is drawn from various sectors, civil service, media, civil society, faith based and community-based organisations. They are largely selected from a pool of identified social media influencer community known to have interest in what is happening in Kaduna State in terms of politics, administration and governance.

The Commissioner responded to my question/observation. He tendered an apology on behalf of the leadership. He elaborated why upon coming; the leadership had to embark on cleansing the payroll by launching the infamous verification exercise that left a sizable number of employees on the various degrees of precipices. His, was picked by the Daily Trust of 2nd June, 2016 under the heading, “Elrufa’i regrets teachers’ salary delay”, emphasizing part of the response to my observation that the newly employed teachers have spent over four months now without salary.

Of course my questions have ethical implication on the perception and fate of the Elrufa’i led APC administration in that if it cannot solve a problem affecting its 87,000 employees – according to the commissioner there present – who are the engine room of the administration, within one year, and without good reason, how can the over 8 million population be comfortable that it can make significant improvement in its welfare in the next 4 years, when the population will practically demonstrate their evaluation skills at the polls?

There were other critical questions from the rest of the audience; issues around KASTELEA and Kaduna State University were most dominant. Whether the Commissioner responded to the issues adequately and convincingly is not what matters or should matter to the leadership, which is employing this powerful tool of strategic communication to carry people along. The range of the questions and observations should be adequately studied. For an enlightened audience as this to hammer around these issues mean either the policies around them need to be reconsidered or those saddled with the Public Relation (PR) about these issues need to do more. Already an observer there noted that the PR team of the governor has reduced itself to dishing out reactionary press releases or making public announcements of appointments. The announcements on projects and developments are not detailed and elaborate. They are supposed to be exhaustive discussions on projects and programs, achievements and areas of improvements.

Certainly this kind of crowd-sourcing of ideas and opinions to hone the implementation strategies of the leadership should be encouraged as the invited audience should be given an advanced notice or even supplied with documents and materials to help them reflect and organize their thoughts for the purpose of making substantial inputs. Also when such type of audience is gathered, an important point in strategic communication is to make the atmosphere as relaxed as possible, make it most orderly and ensure all who want to speak are given chance to and all questions or observations made are properly addressed with emphasis to non-repetitive points or observations. Of course this is the first of its kind and future efforts are hoped to be improved upon.

May Elrufa’i succeed, may we be able to have fair critique for him that will lead to improvement. May God save us from embarrassing ourselves in public with queer criticism and being purely polemical! May we help make Kaduna great again!