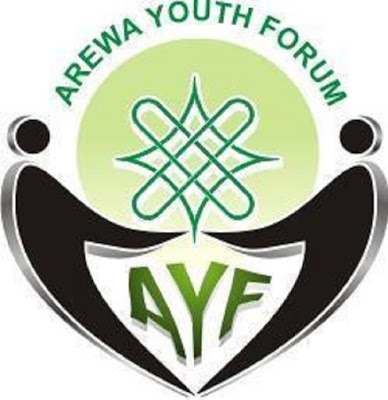 The Coalition of Northern youths under the auspices of Arewa Youth Assembly (AYA), have called on Acting President, Yemi Osinbajo to sack the National Security Adviser, Inspector General of Police and Director of State Security Services for their failure to arrest those behind the “Kaduna Declaration”.

Osinbajo and Kaduna State Governor, Nasir El-Rufai had earlier ordered the arrest of those behind the hate speeches.

In a statement by AYA Speaker, Mohammed Salihu, in Kaduna on Friday also faulted the elders from the region who supported the October 1st ultimatum issued to Igbos to vacate the region.

The statement reads, as published by Daily Post, “Acting President should move ahead and order the arrest of all those behind this plot and even Biafra agitators and bring them to book. While the NSA should be sacked and the DG –SSS, I.G for failing to apprehend all those behind the Kaduna declaration.

“If no arrest is made to serve as a lesson to others, next episode will be a full-scale war and lives and properties will be destroyed by the followership of ember of disunity. What makes America great is the supremacy of her citizens, the unity of Nigeria is not negotiable and can’t be left in the hands of misguided rascals.

“While the sack of the security chief should be treated with dispatch and levity because whosoever descend into the arena of conflict will not escape the dust of the encounter, we should question the character of some of our elders we found their effusions rather too insensitive to bear especially in a country that is sitting on a delicate balance.

“Their support of Kaduna declaration has made the North to South, East to West our language of engagement loaded with tempers that are waiting to explode.

“While agitation for Biafra has attained a dizzying height, on October deadline, all you hear is languages of war and war alone. If separation would answer all the questions, examples from South Sudan are not something to relish. Even if we agreed to go our separate ways is not synonymous with development and peaceful – coexistence.

“It is not enough to lament what has happened in the past, it is more important and nobler to do something now in order to reshape the future of our beloved country Nigeria.

“Arewa Youth Assembly is pressing home its demand by staging a peaceful protest for the sack of NSA, DG/SSS, I.G of Police and the arrest of all those behind Kaduna declaration.

“We call on the acting president to constitute without delay an all-embracing, credible and sincere peace and reconciliation committee to resolve the brouhaha.

“Arising from the above, the forum, therefore, advises all parties to remain calm and guard against provocative utterances in order not to further polarize the system”.