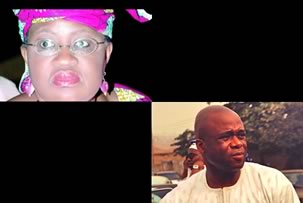 To begin with, if I in any way gave you or anyone else the impression that I was seeking to damage your anti-corruption record or reputation because of a personal vendetta that I had or have against you, I must apologise sincerely and state that that was not my intention. For the record, I do not know you personally and have only had cause to interact with you in your official capacity as Minister of Finance. However, I was deeply offended and outraged by your response to our September 2013 letter that I felt duty bound to expose your carefully constructed veneer of respectability and probity.

It is indicative of the extent to which you have come to believe in your own masquerade that you would think that your protestations in your 25th March letter would carry any weight. It may not have dawned on you that our 25th March letter to you was in itself a signal that your credibility had been damaged by your response to the Sanusi revelations. It has escaped your notice that we acceded to your pleas to withdraw our September 2013 letter because others excluding myself, were swayed by your claim that we would be putting you at risk. We subsequently wrote to you again on the 25th of March because we concluded that your claim was no longer valid in light of the Sanusi revelations and seeing as you had had some six months or so to put your affairs in order and take appropriate action. It was considered that two instances of non-repatriation of funds to the Federation account under your watch was one too many.

I take offence at your suggestion that I would make use of the “platform of a disreputable, corrupt and fraudulent online paper to make uninformed remarks about [you] and level false allegations”. I would however like to take this opportunity to thank Sahara Reporters for providing me with a platform to bring what I consider to be a matter of national importance into the public domain. It is thanks to reputable and trusted media like Sahara Reporters that disreputable, corrupt and fraudulent public officials like you can be exposed.

You have described me as “scurrilous” because of my publicly stated opinion that you are an unfit person to be a Minister. If as you have stated those reasons are uniformed and false it is only right and proper that you state which ones you found to be so. Nigerians may wish to ponder why you would chose to mount your unsubstantiated defence in private to an international coalition of NGOs without according the Nigerian public that you purport to serve, the same consideration.

You also referred to me as “underhanded”, without elaborating further. However, I would submit that urging us privately to take action against your cabinet colleagues whom you identified as the pillars of corruption, while publicly representing that all is well within the administration that you all serve in is underhanded. I would also submit that your attempts to undermine the credibility of a public officer like Sanusi who performed his duty fearlessly, when you yourself failed to do so because of your cowardice are both scurrilous and underhanded.

I can assure you that we shall be providing a substantive response to your letter in due course and it is too late to embellish your blighted veneer. The days when corrupt public officials like you, can stand up and say whatever they like in the misguided belief that Nigerians and the wider public will just lap it all up like they used to are coming to an end.