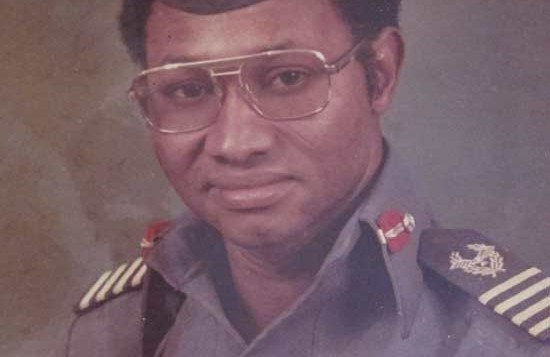 The family of late Group Captain Usman Jibrin has declared as untrue the statement in an anti-General Muhammadu Buhari documentary currently running on national TV stations , which claimed that the late captain had described Muhammadu Buhari as corrupt.

A statement signed by Alhaji Imran Jibrin, Alhaji Marwan Jibrin and Simwal Jibrin for the Jibrin family said “We want to unequivocally state that it is 100% untrue, misleading and totally unfair to the memory of our father.”

The release read in part: “The attention of the Late Group Captain Usman Jibrin family has been drawn to a mischievous advertorial running on some national dailies,notably Punch Newspapers,and some TV stations like AIT, quoting our late father as calling General Muhammadu Buhari as corrupt.

“Our late father lived a simple, non partisan and scandal free life, he was a statesman and nationalist.

“He was a father to all and maintained a cordial relationship with General Muhammadu Buhari from when they were young officers until his death a few years ago.”

The family said it served the disclaimer “as a cease and desist notice to all the desperate people trying to drag his name into politics.

“If this lie continues, we will be left with no option but to instruct our lawyers to institute a legal action against any newspaper or TV station using our Father’s name to promote their devilish agenda.