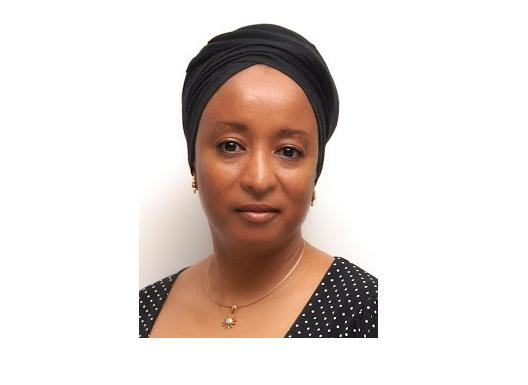 Salutations to you Mrs. Uwais. Your article was brilliant and I must say, I enjoyed reading every line of it. This is the level of intellectual discourse that I pray someday in the future, we will find among our elected officials, media and in our religious and social gatherings. Every point you raised is important and a useful contribution toward the discussion on early marriages. I must say, my anxiety when I began reading was soon laid to rest when I saw that you were not treading the line of the many confused authors, activists and media houses that did not understand the constitutional decision that was made, and the fact that no bill was passed, nor law on child marriage created; what happened being Senator Ahmad Sani Yarima and the other 35 senators simply objecting to the deletion of section 29, and in effect maintaining a married, albeit–young woman’s right of choice, as had been stipulated in the constitution.

We both know that Senator Yerima did not introduce Section 29 to Nigeria’s constitution. We also both understand that the portion of section 29 in review describes a married(young) woman’s right to decide to revoke her citizenship, and not her being mature because she married. In acknowledgment of these, the summary of my comments on your article are these two questions-
1.  I ask, did Senator Yerima violate any Nigerian law by requesting a re-vote on maintaining this aspect of Nigeria’s constitution?
2. Did Senator Yerima violate any Islamic law?

If he did not violate any Nigerian law, or Islamic law, then why have we put his case in front of the court of public sentiment, degradation and ridicule? Is this because he is a cheap target? I’m not sure if his wife has complained of a health problem or other inconvenience to us? Are the protests against Senator Yarima justified in your view, more so as 99% of the protesters believe a “child marriage bill” was introduced by Senator Yarima and passed by the senate, being completely ignorant of the facts of the senate proceeding. This misinformation error, so grave, it appears to have been intentionally constructed by media elements. Should it not be a better task for us to include some time to educate the strife-eager public on the folly of activism against what did not occur, rather than using this publication medium to discus serious religious matters? Or perhaps to redirect their energy to more pressing crimes of corruption, mal-governance, cabalism, youth unemployment, or maybe social ills like fornication, adultery, prostitution and female genital mutilation or husbands killing wives? Pressing and actual and not made-up events?

Do not get this wrong, we are all happy to discuss matters of religion and culture in public fora, but these should be done based on true facts, in the right manner, and not tagging on errors, and misguided steps, with irresponsible harassment and noise. It may be necessary that the northern parts of Nigeria and Nigeria’s Muslims sit down and review the age they wish to get married in consideration of the current state of poverty and available health services, but again I ask you, have they violated any Nigerian law? If they have not violated any law of Nigeria (being allowed under the Nigerian constitution to marry young brides according to their Sharia law) then why have we opened up this matter and tagged along with erroneous protests while gaining cheap publicity? Should we not initiate a scholars forum among Muslims to deliberate on investigating and deciding on how to address the issues of early marriage if they do exist and for the reasons that they do? Should we not focus our energy in writing on ensuring women married or to be married, have full access to marriage counsel, legal representation in events of domestic violence, forced marriages or desires to divorce? Or perhaps in promoting the prophet of Islam’s other culture of marrying widows?

Not that it compares in any way, but celebrity director Polanski who drugged and raped a 13 year old, and then fled justice to France, did we all not witness how the French government, and Mitterrand himself absolved him of his heinous crime? And the likes of media like CNN and French Foreign Minister Bernard Kouchner wished him freedom, with Hollywood celebrities like Woody Allen, Martin Scorsese, David Lynch, John Landis, Harvey Weinstein and even females like Monica Bellucci, Asia Argento, Debra Winger and  Whoopi Goldberg defending him?

And as much as we have over thrashed the poverty related, social and health complications of northern Muslim practices, have we ever considered the comparative advantages of the early marriage practiced as against the fornication that happens in parts of Nigeria where marriage is delayed? When last did we look at the HIV and STD distribution map of Nigeria? Abortion-murder? Or the domestic violence map of Nigeria? The fertility rate distribution? The frigidity rate? Even cancer rate? Do we think a discussion of such a prevalent cultural event that affects millions is as simple as some high blood pressure and misconstrued activism? While some of us did our best and created movements and wrote about Boko haram, about piracy, where were the activists? Where were the rallies against terror, against kidnapping, against oil theft? Or as Senator Yarima said, why do we not hunt the legislators who fill bus loads of secondary school pupils for orgies?

I am one person who believes strongly in obeying the law, and if a person does obey the law, then I am vehemently against the oppression and intimidation of such person, be it by protest or by writing, usually by people who are more immoral and criminal then the one they accuse. Nigeria is not the only country that has young marriages, in neighboring Mali, 70% of marriages are below 18 years. Yet Mali does not have the epidemic of VVF’s Nigeria–the highest in the world– has. Does this not suggest that this health crises has more to do with the Nigerian factor? Did we first email Senator Yarima as I believe Islam commands, and suggest a Muslim meeting on this topic? Will intimidation address this problem? I have earlier written an extensive article on ‘child marriage,’ “My Thoughts on ‘Child’ Marriage”. Reading this may open you up to other considerations and how this subject is not just that simple. I am sure you know that early marriages do not cause VVF’s? I am sure you also know that the young brides in the north are not the reason for the poverty in the land-locked north? I’ll probably blame the child abandonment, almajiri system more, with 10 million abandoned children. So why are we playing a tune of provocateurs? Nigeria’s Muslims can rightly come together and as under the tenets of Islam, make a decision in regards to this issue of young marriages. Don’t you believe that? Many countries have done so as you rightly pointed out. But this is a choice and not what a million placards or articles can bring about, and I am sure you appreciate this, because as I have said earlier, Nigeria’s Muslims have neither violated any law of God or man in this issue. Should we not go through the right channel, respecting our countrymen and their wives?

You as many others repeat, 18, 18, 18–when a child becomes an adult, at 18. I am sure you know that it was the United Nations Child Summit Declaration of 1990, and the Child Rights Act 2003 that decided that 18 and not a day before or a day after, makes you an adult. Doesn’t this make you laugh? So a 17 year old girl, 8 months from her 18th birthday, in your view should not be allowed the right to make decisions till the hour of the day of her solar calendar 18th birthday? Is this logical, rational or religious thinking? Do you or Nigeria also accept the UN stipulations for us on sodomy? You see, selecting 18 was a decision, possibly after a vote, possibly well intended, but it was not a revelation from God.

In conclusion, we are all free to our opinions and we can all make this a gainful discussion, but it is important that we do not associate this conversation with Senator Ahmad Sani Yarima and the senate proceedings, because it has absolutely nothing to do with him, or the proceedings of that day, which were not about child marriage. Section 29 on citizenship revocation rights, was written in our constituion before Yerima became a senator. Today there are over 6 million young brides by my estimation in the north, neither me nor you is going to decide here whether these 6 million women and mothers should be allowed the right of choice or not. Not here, not now and not related to this crises with all the errors, falsehoods and fabrications. Nigeria already decided to give them the right of choice, let us respect our constitution and respect people’s right of choice without deprivation or fear of intimidation. There are times times and needs to revolt and there are times to discuss. Sigh at Nigeria and its wrong revolutions.

Mrs. Maryam Uwais, your brilliance and blessings are urgently needed on the right side of activism and writing for social justice. We can’t wait to read from you again.