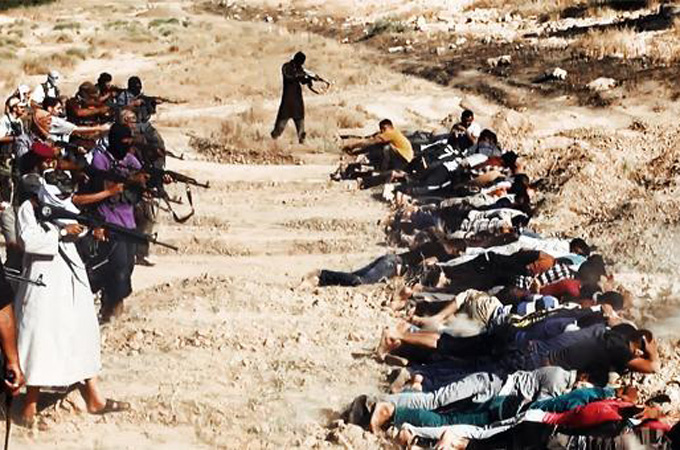 (CNN) — One by one, Iraqi cities seem to be falling to a militant group bent on continuing its march forward.

What’s happening in Iraq now has all the makings of a civil war — and a full-blown foreign policy crisis. The United States is mulling direct talks with Iran while it boosts security at the U.S. Embassy in Baghdad with military personnel.

Why Iran? In recent days, Iran has sent hundreds of troops to fight alongside Iraqi government security forces in Diyala province, a senior security official in Baghdad told CNN.

Clearly, the crisis in Iraq is spilling far beyond its borders.

In recent days, Iran has sent about 500 of its Revolutionary Guard troops to fight alongside Iraqi government security forces in Iraq’s Diyala province, according to a senior security official in Baghdad who spoke to CNN on Friday.

“If the Iraqi government wants us to help, we will consider it,” Rouhani said, according to an English translation of his remarks Saturday on state-run Press TV.

But “so far they have not asked specifically for help.” Rouhani added that Iran could give strategic guidance, if it’s requested.

Both officials ruled out any type of teaming up with Iran because the United States and Iran don’t have a lot of common interests — other than a stable Iraq.

The United States is wary of furthering Iran’s already considerable influence in Iraq. The Shiite Iranian regime is al-Malaki’s closest ally in the region. And the Obama administration is concerned that appearing to team up with Iran would both alienate Iraq’s Sunni minority and worry Sunni allies of the United States in the region.