When murderous #ISIS terrorists invaded Iraqi city of Mosul, the Sunnis there celebrated but today ISIS is slaughtering the Sunnis.

#Sunnis should understand that there is no single benefit for supporting #ISIS, #AlQaeda, #BokoHaram. They will deceive you then kill you.

Why did you see that the #US President @realDonaldTrump who hate #Islam & #Muslim but embraced #Wahhabism & the savage Saudi regime?

Sunni Muslims should #WakeUp & confront the challenge that murderous Wahhabi terrorism is an evil agenda to kill them & destroy #Islam.

Today the Savage Saudi regime is in bed with the biggest enemies of #Islam & Muslims. Saudi Arabia is the ATM machine of #US & #UK regimes.

One of the things arrogant West & their Wahhabi slaves hate & fear most is unity of Muslims. Unity bring strength, division bring weakness.

Any Muslim leader who promote unity of Muslims is targeted by arrogant West & their Wahhabi lackeys. This is why Sheikh Zakzaky is targeted.

No decent #Muslim or human will be a puppet of the American savage @realDonaldTrump. An evil barbarian full of hate for #Islam & Muslims.

It is impossible for the Most Merciful God to send a religion to humanity that is intolerant & bloodthirsty. #Wahhabism is not #Islam.

What God sent to Prophet Muhammad (sa) was not murderous Wahhabism. God sent #Islam that has love, mercy, compassion & tolerance as pillars. 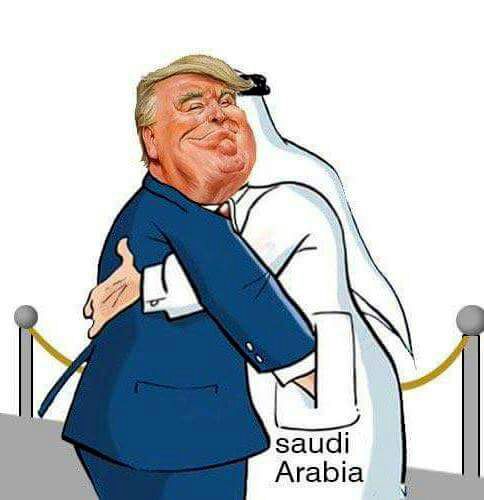