Saudi Arabia, the cradle of Islam and the only nation named after a family, the house of Saud, has come under exposure recently for pushing forward symbols associated with Dajjal and the Illuminati occult to replace old logos across most of its departments.

Muslim predictions in the hadith describe the anti-christ or Dajjal as one-eyed:

The all-seeing-eye is used as official badge of Saudi security services. The military also uses a symbol with a pyramid.

Other kingdom state institutions and buildings have various versions of the same symbols.

Eerily, the kingdom itself promoted this occult illuminati concept in state-owned Al-Arabiya, in a globally broadcast AFP article this year September 2016: 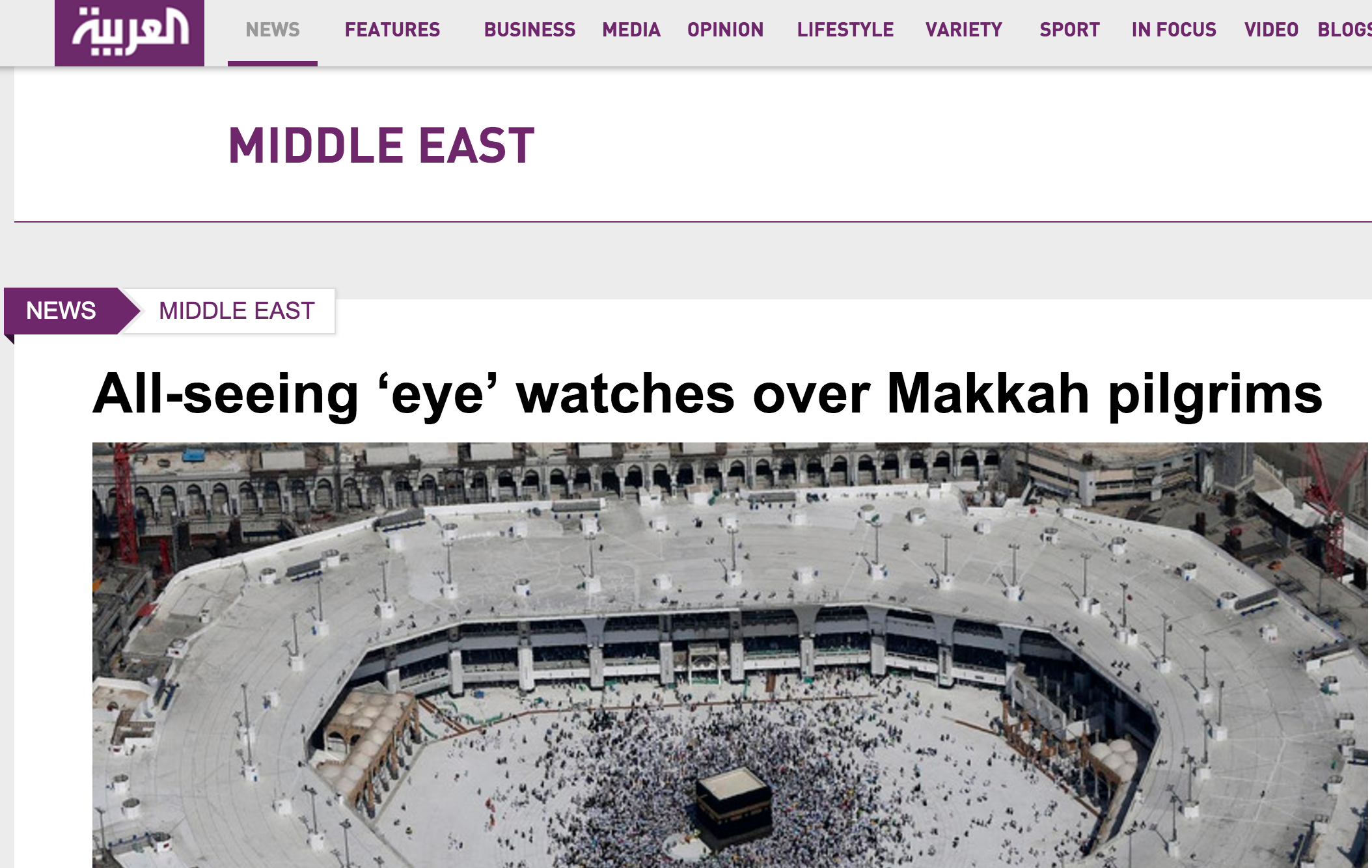 Littered with pyramids and the Horus all-seeing-eye! 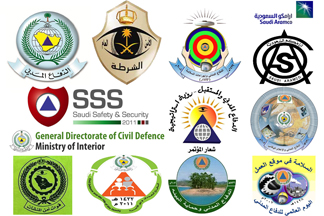 What does the crown over the all-seeing-eye mean?

Very few nations devotedly use as many masonic symbolism like the Saudi kingdom. See more images: 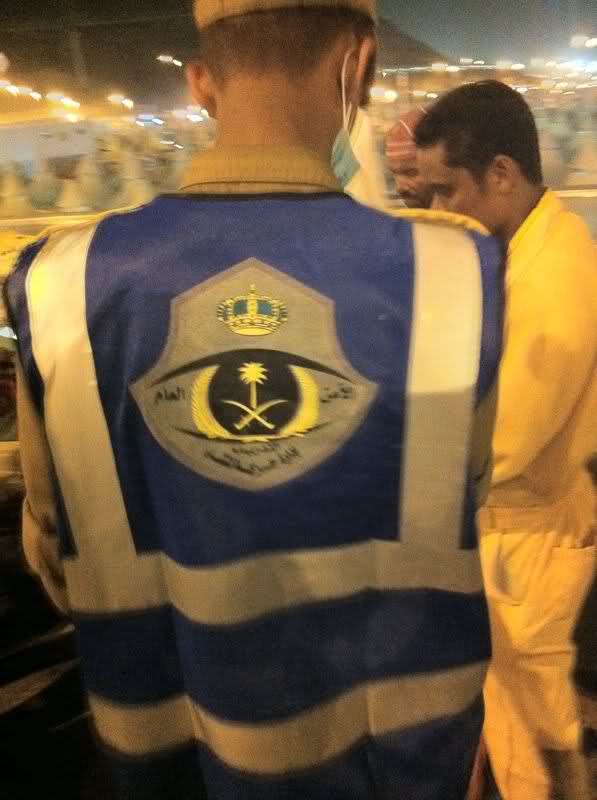 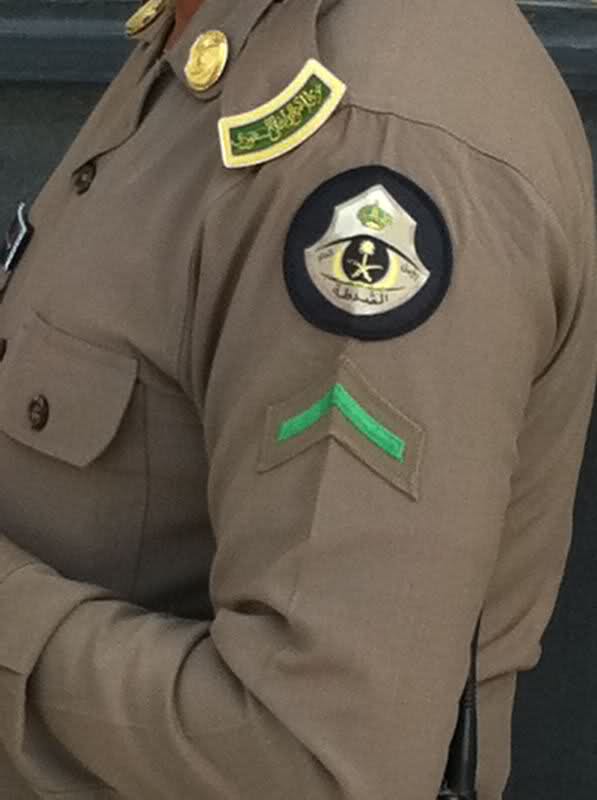 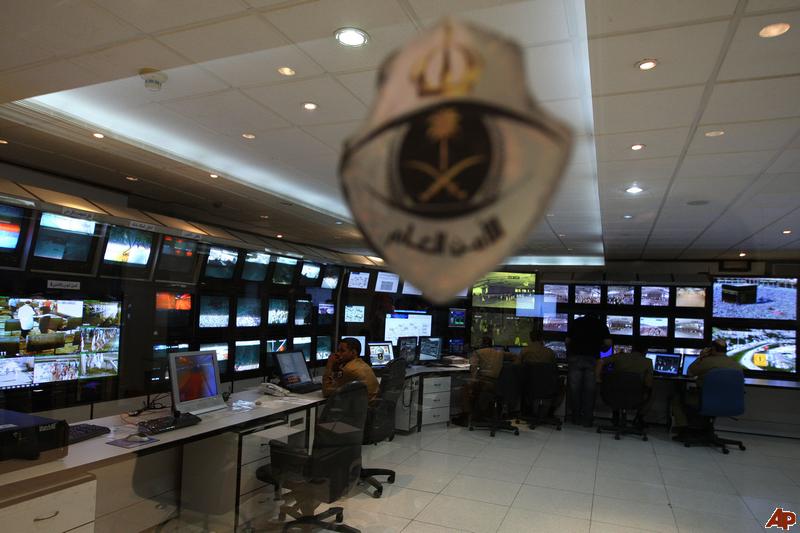 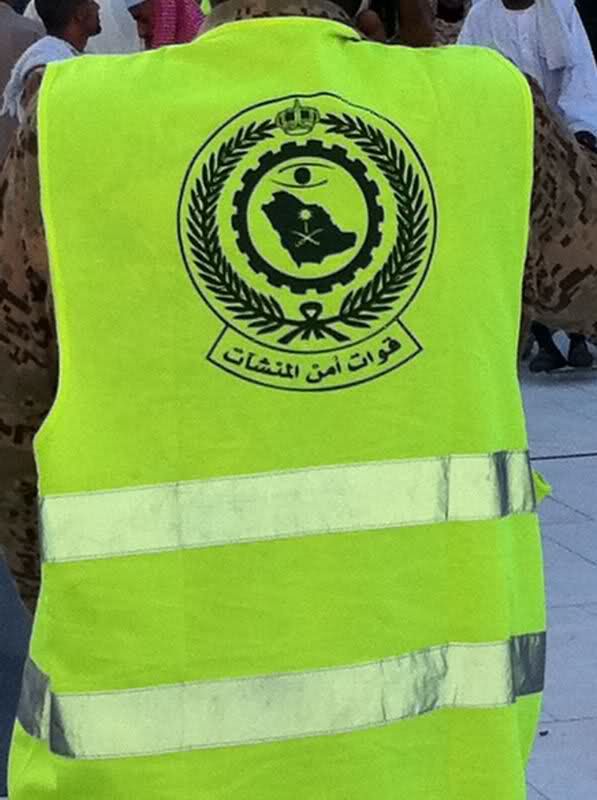 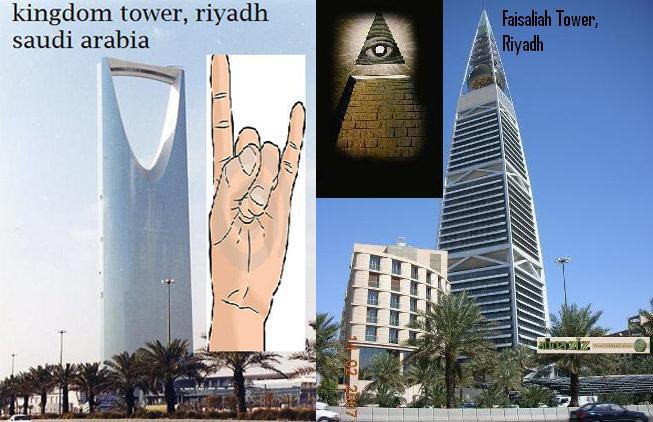 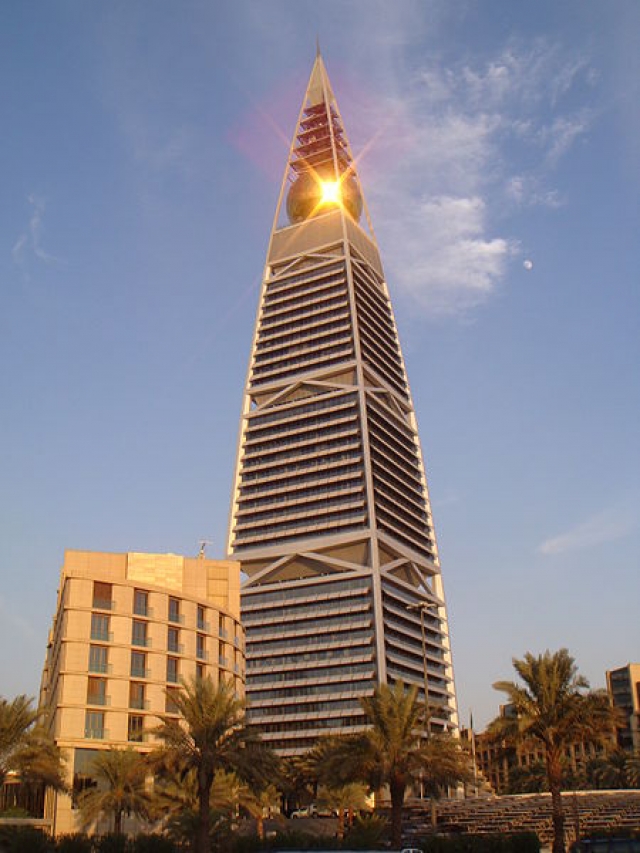 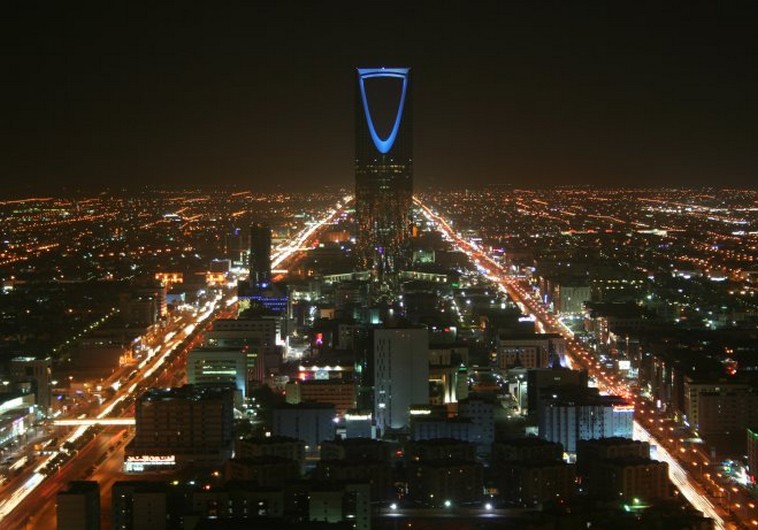 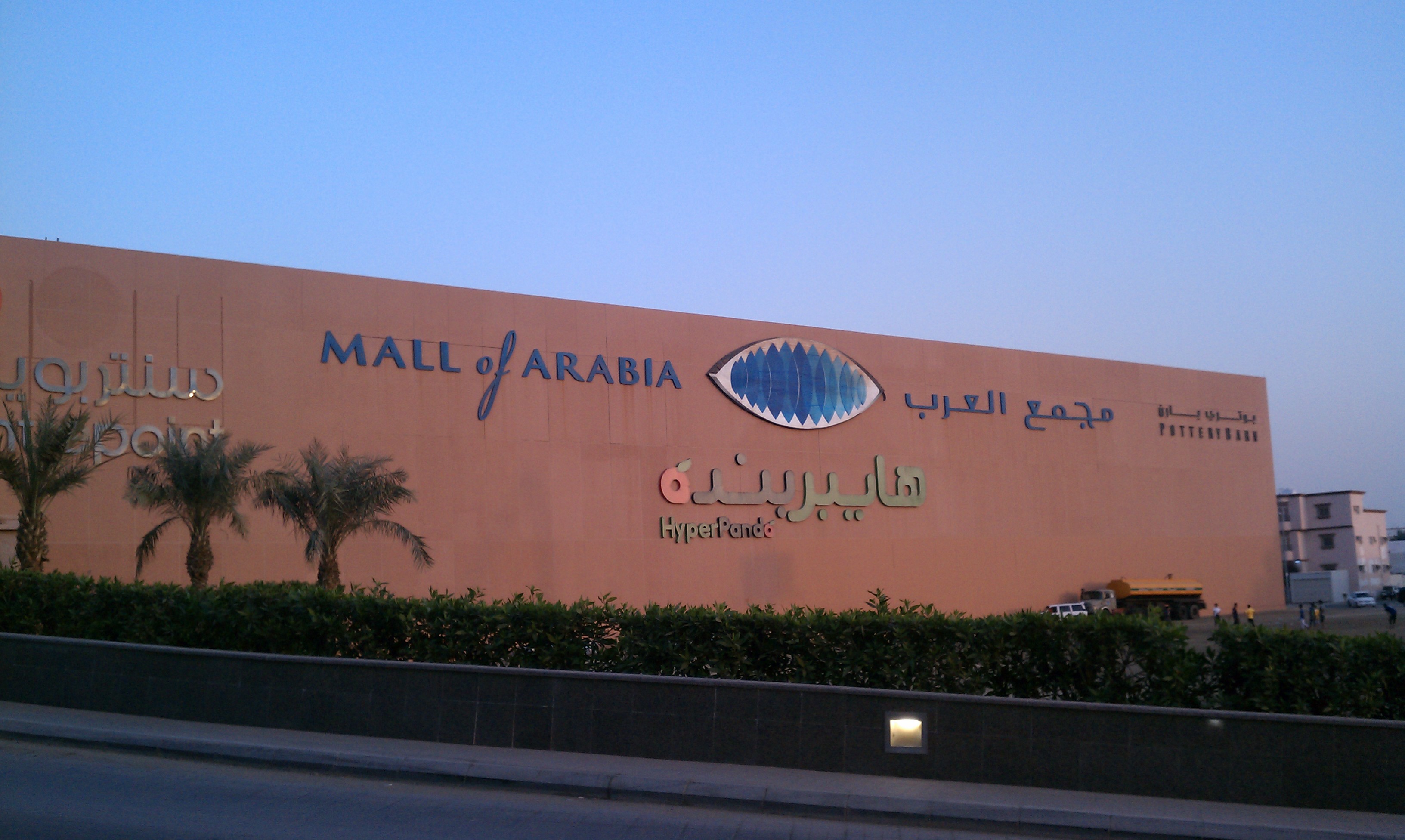 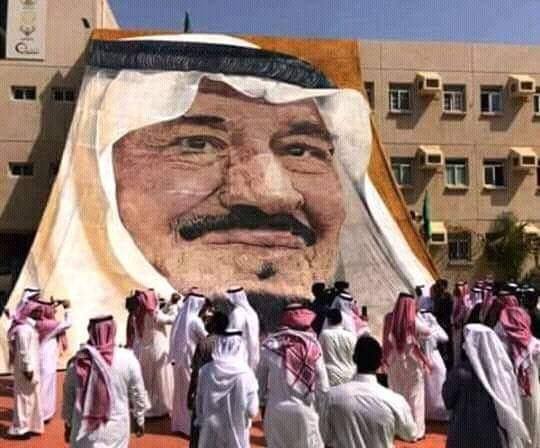 Waqar commented in an article that first raised this issue of the Kingdom changing to all these occult symbols:

I visited makkah to perform my umrah and was surprised to see the symbol of dajjal in makkah everywhere in police badges, cars banners etc .! I dont think many people are aware of this thing . And i even saw the jabbal habshi which is also known as dajjal palace and it is all true .! I got shocked by seeing all this .! May Allah protect us from the fitnah of Dajjal

Dear Brother Mohsen,
Assalamoalaykum.. During my recent visit to Haram even i noticed one eyed symbol and Israel flags in Barricades used for constructions and in other designs around Haram.. I would like to get more details on this..

Read so many comments here. 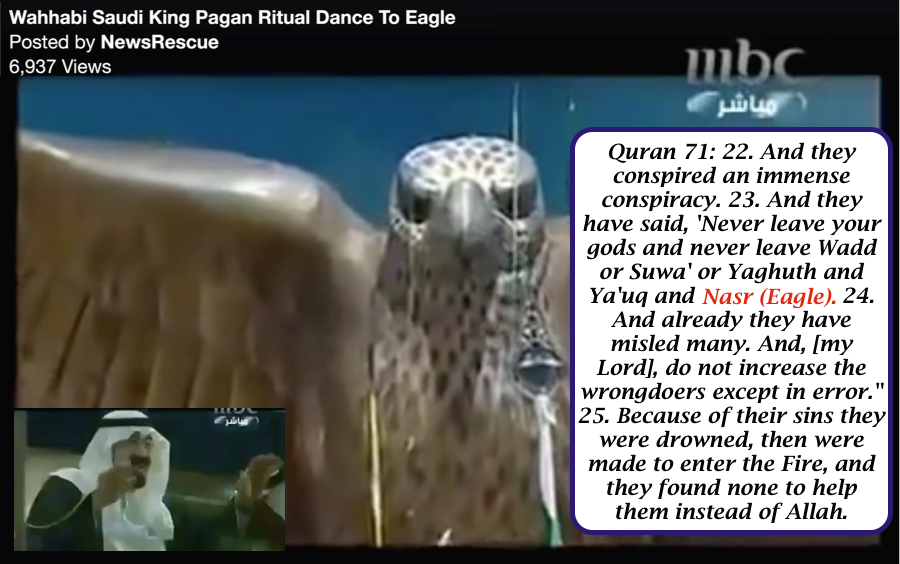 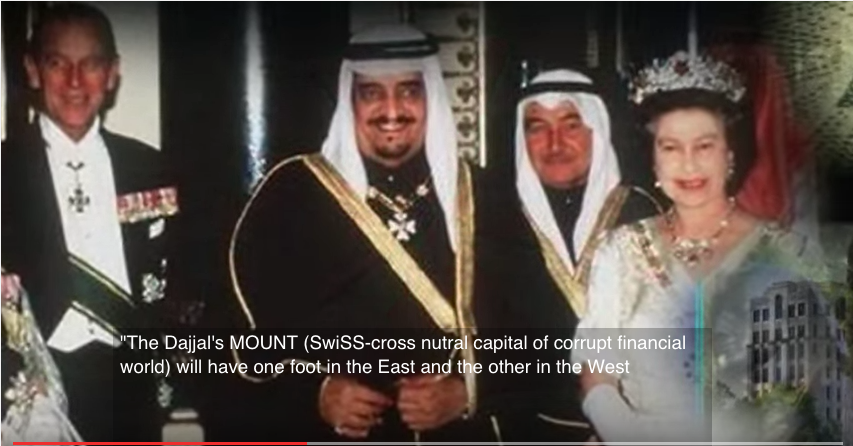 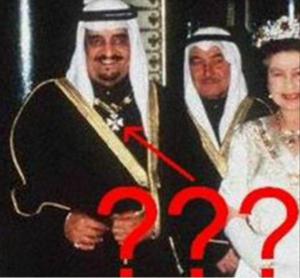 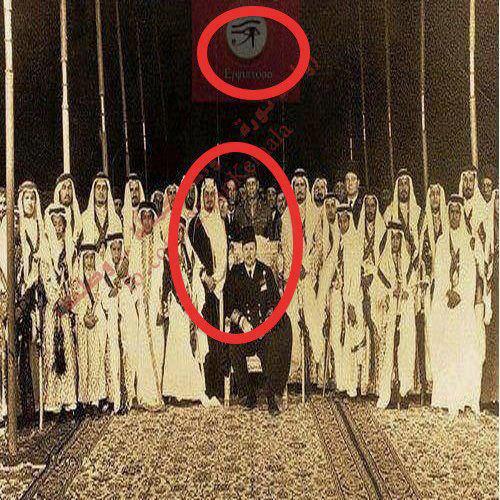 The senile Saudi king made a  blunder by calling other Saudi kings Jewish and sought God’s forgiveness for them. Indeed, this is the most accurate sentence that he may have stated in his lifetime; Saudi kings are Zionists (except the king Faisal). Read more in Pakistan Defense

Symbolisms in Education in the Kingdom 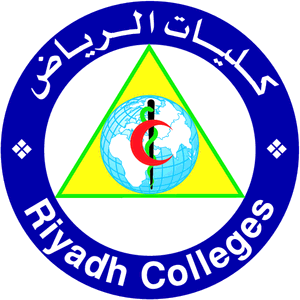 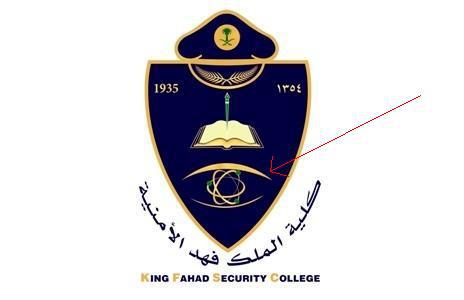 The all-seeing-eye is typically put on an open book. 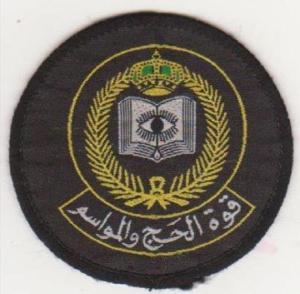 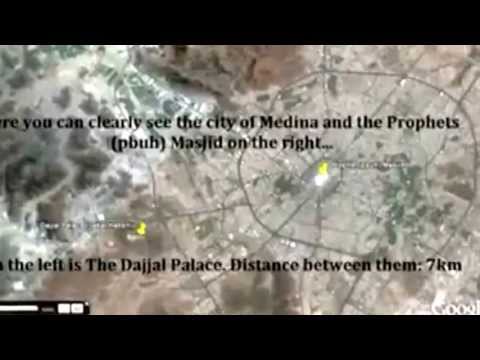 Narrated Anas bin Malik: The Prophet (pbuh) said, “There will be no town which Ad-Dajjal will not enter except Mecca and Medina, and there will be no entrance (road) (of both Mecca and Medina) but the angels will be standing in rows guarding it against him, and then Medina will shake with its inhabitants thrice (i.e. three earth-quakes will take place) and Allah will expel all the nonbelievers and the hypocrites from it.”

Narrated Abu Huraira: Allah’s Apostle said, “There are angels guarding the entrances (or roads) of Medina, neither plague nor Ad-Dajjal will be able to enter it.”

Narrated Abu Said Al-Khudri: Allah’s Apostle told us a long narrative about Ad-Dajjal, and among the many things he mentioned, was his saying, “Ad-Dajjal will come and it will be forbidden for him to pass through the entrances of Medina. He will land in some of the salty barren areas (outside) Medina; on that day the best man or one of the best men will come up to him and say, ‘I testify that you are the same Dajjal whose description was given to us by Allah’s Apostle .’ Ad-Dajjal will say to the people, ‘If I kill this man and bring him back to life again, will you doubt my claim?’ They will say, ‘No.’ Then Ad-Dajjal will kill that man and bring him back to life. That man will say, ‘Now I know your reality better than before.’ Ad-Dajjal will say, ‘I want to kill him but I cannot.’ ”

Interestingly, the Saudi’s, intentionally or unintentionally have decided to build a complex large infrastructure ‘palace’ at the top of Jabal Habshi, and called it ” The Kingdom’s Palace”. Pilgrims to Medina from around the world have said that the locals refer to it as “Dajjal’s palace”. Here is the building:

For whatever the reason why this is being built, it was built on a significant site. 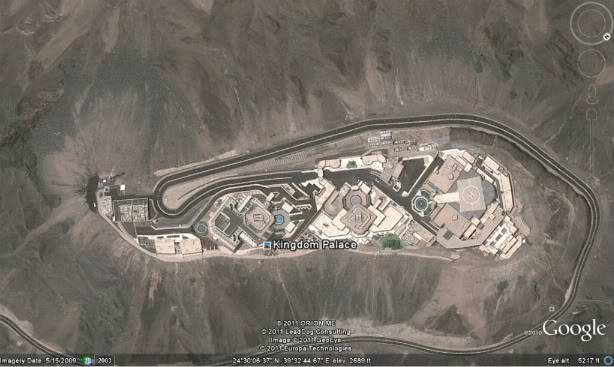 ‘Horn of Satan’ Towering Above Kaaba

Our recent article covered this extensively. 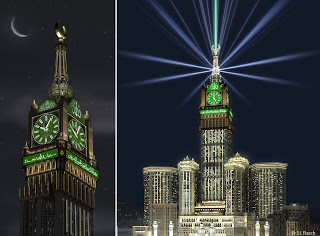 People say the towering clock and crescent distract them when performing hajj.

This article is being updated constantly with new findings.