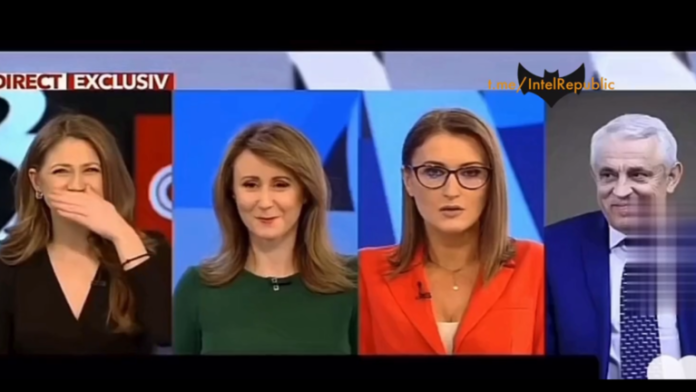 A live Romanian television interview about the local effects of Ukraine’s ongoing conflict has gone awry after the country’s agriculture minister, Petre Daea, appears to have fallen asleep while the host was asking a question.

A snippet of the interview, which aired on Antena 3 CNN, the Romanian news partner of US cable news giant CNN, was posted on social media on Saturday. With two co-hosts watching, the anchor allegedly calls Daea and inquires about the negative effects of the Ukraine crisis on Romanian farmers. As she waits for his response, she can hear snoring on the other end of the line.

The interviewer quickly adjusts, saying she will try to reconnect with the agriculture minister as if their phone call was cut off. The two in-studio co-hosts appear to be holding back their laughter, with one covering her mouth and the other smiling awkwardly and looking down.

Daea, 73, was appointed agriculture minister in July after his predecessor resigned amid allegations of corruption. He previously held the position in 2004 and from 2017 to 2019.

Daea has a reputation for colorful comments and quips, so any humor in his most recent television interview was most likely unintentional. For example, he spoke out against efforts to promote edible insects, saying, “Don’t eat cricket flour. Allow them to sing wherever they want. What we eat is sarmale, sausages, and eggs. You’re not going to substitute worms for chicken eggs.” He also compared himself to a photovoltaic panel, saying he charges from the sun and “has energy from the day at night.”