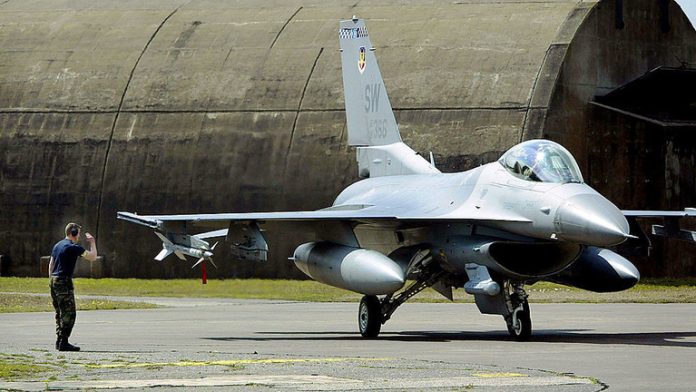 President Joe Biden’s administration’s plans to approve a $20 billion sale of US-made F-16 fighter jets to Turkey have hit a potential stumbling block, as a key member of the Senate has vowed to block the deal because he views Ankara as an untrustworthy NATO ally.

“I strongly oppose the Biden administration’s proposed sale of new F-16 aircraft to Turkey,” New Jersey Democrat Senator Bob Menendez said in a statement on Friday. He charged Turkish President Recep Tayyip Erdogan with violating human rights, undermining international law, and engaging in “alarming and destabilizing behavior in Turkey and against NATO allies in the region.”

Menendez spoke out again, reiterating his opposition to the arms deal, after the US State Department reportedly informed relevant congressional committees on Thursday of its intention to proceed with the F-16 sale. Türkiye requested the aircraft in October 2021, stating that it wished to purchase 40 new F-16s as well as 80 modernization kits to upgrade its existing fleet.

Menendez, as chairman of the Senate Foreign Relations Committee, has a powerful voice on arms sales and could try to get a resolution condemning the deal with Turkey passed. According to the Wall Street Journal, the F-16 transfer is conditional on Ankara’s approval of Sweden’s and Finland’s NATO membership bids.

According to Ibrahim Kalin, Erdogan’s spokesman, Washington has made “endless” demands on Turkey in connection with the deal. “If they continue to push Turkey in other directions with F-16 (and) F-35 sanctions, and then Turkey reacts, and they blame Turkey again, that’s not a fair game… Something is always happening.”

It’s unclear whether Menendez will abandon his opposition to the F-16 transfer if Ankara agrees not to veto NATO’s most recent expansion. The senator, who supported the sale of F-35 fighter jets to Greece, has broader concerns about Turkey’s behavior.

“I will not approve this sale until Erdogan ceases his threats, improves his human rights record at home – including the release of journalists and political opposition – and begins to act like a trusted ally should,” Menendez said.