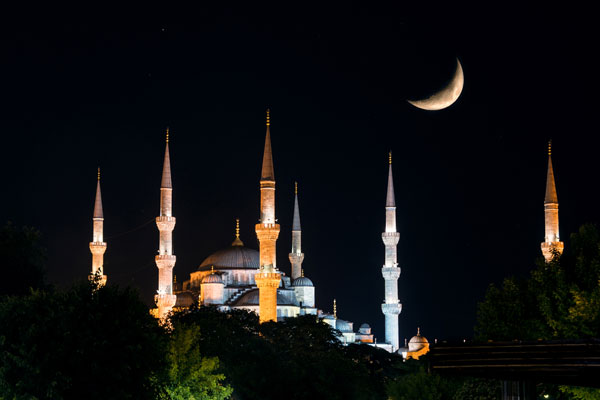 Shawwal moon has been sighted in the UAE and tomorrow (Thursday) is Eid Al Fitr, the UAE Moon Sighting Committee said.

Eid Al Fitr moon has been sighted in Saudi Arabia also and tomorrow is the first day of Shawwal.

Kuwait, Jordan and Palestine will also mark Eid on Thursday.

But Oman announced that Shawwal moon has not been sighted and Eid Al Fitr will be marked on Friday.

Meanwhile, Eid Al Fitr moon has also been sighted in Japan and tomorrow is the first day of Shaawal.

Muslim scholars in Saudi Arabia appeared split on Tuesday on whether the end-of-Ramadan moon should be sighted on Tuesday, which marks 28 days of the fasting month.

Quoting Pakistan Meteorological Department, daily Express News reported on Tuesday that the chances of sighting the moon on Thursday are “extremely high in Sindh and Balochistan.”

It said the moon would be clearly sighted in interior areas of Sindh including Hyderabad and Karachi. Chances of sighting the moon in Punjab on August 8 were 50 per cent.

Eid in India, Pakistan and Bangladesh is celebrated a day later.