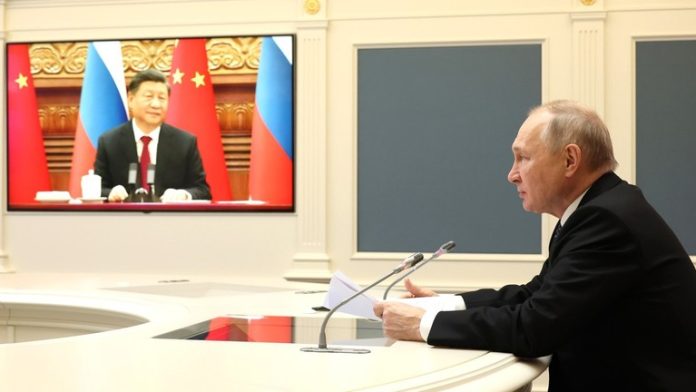 Military cooperation is a key component of the Russian-Chinese strategic partnership, Russian President Vladimir Putin told his Chinese counterpart Xi Jinping in a phone call on Friday. He stated that the two countries share a vision of a more just future world, NewsRescue reports.

Military cooperation is especially important, he said, because it “fosters the security of both of our nations and stability in key regions” of the world. He said concerted actions by Moscow and Beijing help create “a just world order based on international law”.

“You and I share similar perspectives on the reasons, progress, and logic underlying the ongoing transformation of the global geopolitical landscape,” he noted.

In the face of unprecedented Western pressure and provocation, we are standing firm on our principles, defending not only our own but also the interests of those who support a truly democratic world order and the right of nations to determine their own fate.

Xi acknowledged that the international situation was volatile and stated that China was willing to “improve strategic cooperation with Russia to provide opportunities for development for each other” as well as to be “global partners in the interest of our peoples and for the sake of global stability.”

The United States has designated China and Russia as strategic rivals, accusing them of attempting to undermine the “rules-based order.” Beijing believes that Washington is stuck in a “Cold War mentality” and that “win-win cooperation” is unacceptable for geopolitical reasons. Moscow claims that the US is attempting to maintain its hegemonic position in the face of the modern world’s natural rise of alternative power centers.