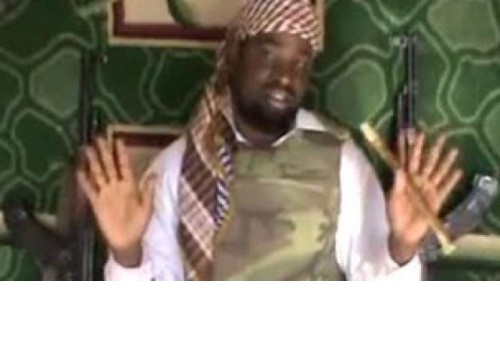 The group says it did not carry out the execution of about 40 students in Mubi Adamawa.

The insurgent group, Jamaatu ahlis Sunnah lil daawati wal jihad, also known as Boko Haram, has denied carrying out the attack that claimed the lives of over forty persons, most of them students of tertiary institutions in Mubi, Adamawa State last week.

A man who claimed to be a senior member of the group, who spoke exclusively with PREMIUM TIMES on Tuesday, said his group had nothing to do with the killing of students in Mubi.

“We have no business with students or student politics. If students are our target we would have killed them randomly on sight and in their school and not sneak on them in the creeping darkness in an area occupied by both students and residents,” he said.

The man, whom independent checks revealed to be a member of the group, said if the sect wanted to attack educational facilities; it would have gone for structures not students.

He said the mode of attack is not characteristic of the sect’s numerous attacks.

“Several press releases by our spokesman and Imam in the past have made it clear who our enemies are, I don’t have to repeat it here. I don’t think anybody amongst us has the time to draw up a list or read it out before executing the students.”

The group’s denial throws another controversy into the likely perpetrators of the dastardly act, which saw over 40 people, mostly students of the Federal polytechnic Mubi, killed on October 1 by armed men. Some were shot while others were slaughtered. Security agencies are already investigating the criminal act.

We lost members, but so did JTF

The insurgent leader also admitted that the Joint Task Force, JTF, in various Northern States had killed many of its members; but claimed that some of those killed were innocent people with no links to the group.

He accused the JTF of hiding the casualty figure suffered by the force in various confrontations with the sect.

“We have killed a lot of security personnel in the north especially in Yobe and Borno state, far more than the lies the JTF sell to you, media,” he said; adding that “a significant number of our brothers were killed but most of the people the JTF have killed have nothing to do with us. They are just youths in the wrong place at the wrong time.”

He said his sect was “not like the JTF that hide their casualties.”

“Yes, we suffered some casualties but I want to assure you that our structure, specialists and arm power are intact, and these crises will continue till we die,” he said.

Qaqa alive, may have been captured

The Boko Haram member said the sect’s official spokesperson, Abu Qaqa is still alive.  He however refused to confirm if Mr. Qaqa is alive with the group or is being detained by security agents.

A successful search operation in Kano, in September, by members of the JTF had led to the killing of some of the sect’s members and arrest of others. One of the arrested persons is believed to be Mr. Qaqa, according to top security sources. The Boko Haram leader in his talk, like the evasive statement of its overall leader, Abubakar Shekau, would however not confirm whether Mr. Qaqa had been captured or not.

“Our Imam has made it clear in his last video that Qaqa is alive, but I cannot answer your queries whether Qaqa is alive with us or with the security agencies,” he said.

He said his group was looking at “how best to communicate with the public.”

“Very soon our position will be clear on all these issues, Qaqa and other sundry issues. We are studying the situation, we are strategizing our operations.

“I can assure you that we will not suffer any more defeat like we did in the past Insha Allah,” he added. Link: http://premiumtimesng.com/news/103009-we-are-not-responsible-for-mubi-killings-boko-haram-leader.html