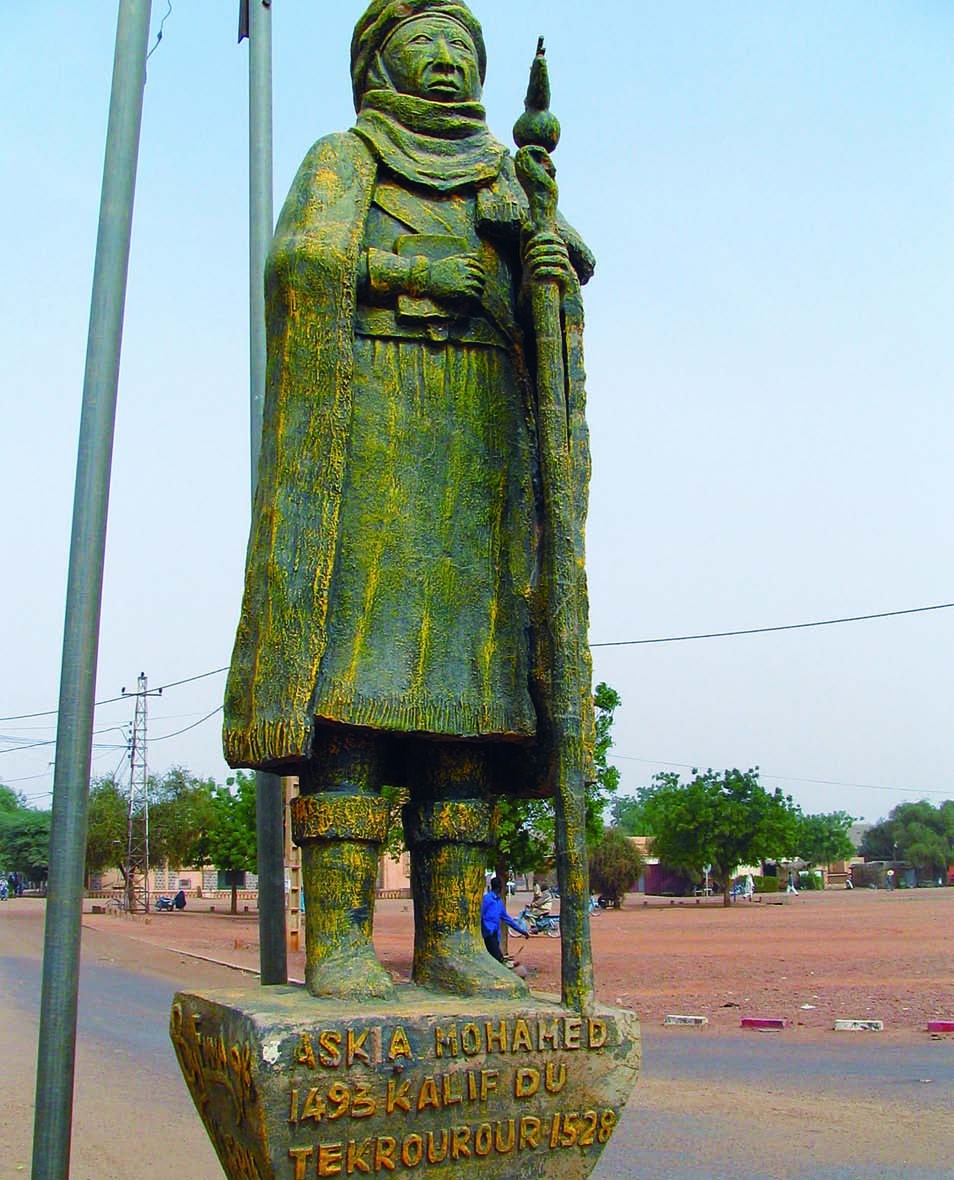 Permit me to relay this like a prayer, like a song.
As do the Griots, the Jeliw who I inherit.
The greatest scripture were oral collections, committed to memory.
They say, in spoken narrations there is a power writing fails to convey.
Till books of these verses are printed, may our students memorize.
And while I tell it to you, as is tradition, someone say: Naamu, yes, Naamu (yes).

Though the bards had already long told the tale.
Of course, the discovery for us was thousands of years stale.
Along its course we established our towns and empires,
gold, slaves, kola nuts, horses, cloth, salt and cowries we traversed the river to retail.
Naamu

Running from the hills of Guinea and Sierra Leone, we called its upper course, Joliba, “the great river.” Its middle we called Isa Eghirren, and our Hausa people christened the lower stretch that emptied into the sea, Kwara. Oya, it is called by the Yoruba; Orimili, meaning, “great water,” is how the Igbo know it. Isa Ber, “the big river,” the Songhai called it and in Tuareg we call it Egerew Nigerewen, “river of rivers” evidently from which Mungo Park got the inspiration to christen it “Niger.”
Naamu

Perhaps Mungo Park would have discovered (for the European) the course of the River had he not unfortunately died on the river, mistaken for a Muslim raider and shot at, before he could plot its course to the sea. Eastward it flowed, he said: “We were riding through some marshy ground, when someone called out ‘See the water!’ and, looking forwards, I saw, with infinite pleasure, the great object of my mission, the long sought for majestic Niger, glittering to the morning sun, as broad as the Thames at Westminster, and flowing slowly to the eastward.” Mungo Park, 20th July 1796.
Naamu

On the course of the river, our caboceers correctly explained to Claperton that the Kwara flowed past Jebba, through rocks, south into the Bight of Benin. Unlike the rumors of the one-eyed giants, the Cyclops that supposedly inherited sub-saharan Africa, what Mungo Park confirmed to the Europeans was that there was indeed a giant River. And that is it.
Naamu 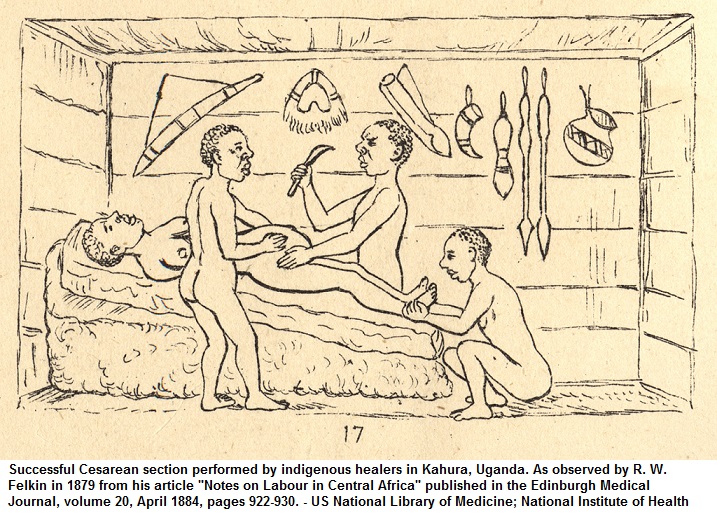 Africa as it is taught began the day the colonialist set foot ashore. The International African Association legalized colonization on the premise that we are dark and uncivilized. Contrary proof must be destroyed.
Naamu

Our textbooks teach our children that Mungo Park discovered our very own Egerew Nigerewen. While American pupils are fooled that the native Indians, or rather Injuns handed over the new land to the westerner over a cup of coffee. It is His-story, written by him who wishes to rule over his own and others, others who he confuses and then uses.
Naamu

Adapted from Leopold’s 1883 letter to the Colonial Missionaries

Let your evangelization inspire above all Belgium interests.
Your principal objective in our mission is never to teach the niggers to know God.
They already know God and His commandments; have courage to admit it.
Your essential role is to facilitate the task of administrators and industrials.
Go to interpret the gospel in ways to best protect your interests in that part of the world.
Therefore dis-interest our savages from the richness that is plenty in their underground.
So you can avoid that they dream and compete to one day overthrow you.
Preach Gospels to make them love poverty, like “Happier are the poor because they will inherit the heaven” and, “It’s very difficult for the rich to enter the kingdom of God.”
Focus on their youth, for they won’t revolt when the recommendation of the priest is contradictory to the teachings of their fathers.

Learning that Mungo Park discovered my very own river Niger, I was taken aback in awe at the super qualities of the white master. I am worthless I thought; my people were mere barbarians who could not even see a river, nor follow its course. Little did I know that the opposite was the truth and that the liars were the only barbarians. European colonization was not merely an occupation or exploitation.
Naamu

Discovery, I discovered is a contextual word-tool, so though when Columbus got to America (the new land), he found Native Americans including black Africans there; he ‘discovered’ the new land.
Naamu

Having discovered the end of the river Egerew Nigerewen (Niger) was actually our ancestors’ inspiration to discover America. You see, according to the manuscripts of Egyptian scholar, Ibn Fadi Al-Umari (1342)–among other things–believing that since the Niger river had its end, so also the Atlantic ocean would have its inhabited end, while also being a possible sea route for pilgrimage to Mecca; in 1311 Mansa Abubakari II, the brave conqueror abdicated his throne to Mansa Kankan Musa and set sail with 1000 ships, each with a gifts and provisions supply ship attached, arriving at the ‘new world’, the America’s in 1312.
Naamu 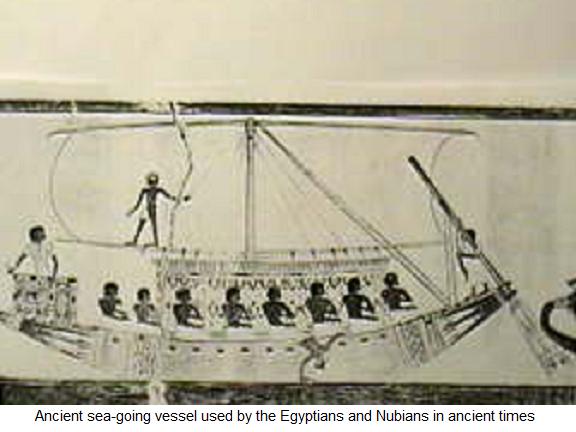 Proof of his voyage is found in the re-naming of places after the Malian conquerors. In Haiti you have Sierre de Mali, Mandinga Bay, Mandinga port to name a few locations our ancestors christened. African writing, language and artifacts have also been found. Black Injuns, Black Caribs, Black Guanini’s, the Honduras Almamys (Imams) and graves of black men are also characteristic of the America’s. West African cotton, “almaizar” and West African cloth-as-money, which became the currency of the entire America’s, as it was used in North Africa, were also their records. Indeed as was finally portrayed on US TV–to woo over black support during the Obama elections experiment–Columbus in 1492 had at least one African navigator who showed him the way and how to conquer the Atlantic’s two currents, a negro prominent in portraits of the voyage who went by the name, Pedro Alonso Nino. Columbus also wrote of blacks he met in America and a mosque-like building he found.
Naamu

Sorko, Lords of the Sea

The Sorko dugout canoes by hollowing out trunks of trees.
Drilling holes in planks and binding them together, they made the Kanta, larger ships strong enough to conquer the seas.
The Sorko capital was Kebbi in today’s Nigeria; it was there they laid down the keel.
Bound tight with twine and leather strips, holes were plugged with the burgu plant seal.
From Kebbi, Kanta were built and brought up the river to Gao, the Songhai capital.
The Sorko, masters of the sea were ready to go intercontinental.
With these great ships did the indomitable Songhai set sail.
The new land, the America’s the adventurers of Timbuktu did unveil.
Naamu

Orthography: Our ingenious writing scripts were many, Mandombe, Ethiopic, Hieroglyphic, Meroitic, Bassa, Vai, Afan Oromo, Nsibidi, Tifangh, Bamun, N’ko. While the European does not have a single writing script to his credit, Greek orthography–father of Latin alphabets in use today–being derived from Phoenician abjad, the Northern Semitic writing exports of the Mediterranean and North Africa.
Naamu

Monuments, including the world’s largest, the Bilkisu (Queen Sheeba) Sungbo Eredo moat in Nigeria’s Ijebu-land. Great cities rivaling the Great Wall of China like Benin, Surame, and Ngazargamu, capital city of Kanem-Borno. Autopsies, successful Caesarian sections in Uganda; sewage and toilets in Kenya, pavement in Ile-Ife. Business in Kano, which exported 10 million sandals every year. Education, with the world’s first universities in Timbuktu and Egypt. Pyramid technology, Nubian Sudan having the most pyramids of any country. It’s an endless list of wonders that are not chosen for the Guinness Book.
Naamu

I believe that not knowing who we are is a reason for much of the tribulations we face. Africa was never dark, it was only covered. To abandon our history is a crime and teaching a false history is a sin. Our betrayal and failure to inherit our essence, opens us up to imbibing the most criminal essences of those who came to plunder us. We have been traded ignorance, corruption and capitalistic greed to replace our ancestral knowledge, prowess and virtue ideals. I narrate this that someday curricula will be drawn, books will be written and films made so the great students of Africa can finally learn who they are and who to become.
Naamu

Plant a tiny seed of guidance; it will grow a mighty tree

Boats are not made to be ridden by fish
Nor planes, to be flown by birds
To know what you need
You must first know who you are and where you come from.
Naamu

No, Mungo Park did not discover our very own river Niger; but we actually did discover America.
Naamu