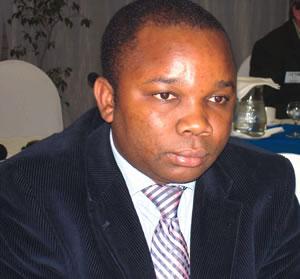 I used to be a keen observer and admirer of the Governor of Lagos State, Babatunde Fashola (SAN). Apart from the visible progress he might have made in governing Lagos, I believe he is an astute and tactful politician. That could go as the most outstanding part of his personality. For almost eight years, he worked out a very rare but functional arrangement where he focused more on the day-to-day running of the state, while he allowed his former boss and Leader of the Action Congress of Nigeria now All Progressives Congress, Bola Tinubu, to hold sway and take full charge of the political arena. Do not take my word for it but it takes a man of considerable political acumen to function effectively under the shadow of a maverick politician larger–than-life politician like the “Lion of Bourdillon”, as many call him, and yet be able to create a remarkable political niche for oneself. Managing overbearing political bosses is a virtue that many of our politicians have not developed. Fashola not only achieved this but managed to create an impression of a visionary leader on anyone who visited Lagos recently.

However the controversial deportation of Nigerian citizens of Igbo extraction resident in Lagos by giving them an emergency destitute status has brought Fashola’s true divisive and odoriferous tribal personality into the public domain.  It is unarguable that many admirers of Fashola are rankled and startled and now see him in a different, largely uncomplimentary light. Apart from the Chairman of the Nigeria Governors’ Forum and Rivers State Governor, Mr. Rotimi Amaechi, Fashola is one other governor who has demonstrated, in my view, that he has a direction and who anyone can hold a conversation with about good governance and development. My admiration for the conduct of these two used to be so boundless that I would nominate them without hesitation for any bigger national assignment only if I had the slightest opportunity. But not anymore, at least for Governor Fashola.

For the benefit of those who do not know the details. A Lagos State agency known as the Kick Against Indiscipline, obviously on the orders of the state governor, was said to have arrested some people predominantly from Igbo extraction about two years ago on the suspicion that they were leading destitute lives. They were detained in several locations in Lagos under some dirty and largely inhuman condition. Many of them allegedly died in the process out of starvation and sickness. A few who survived were later packed into a lorry like cows and deported to Onitsha where they were dumped near the head bridge at Upper Iweka and abandoned there. There is a possibility that not all of these hapless deportees were doing meaningful things before they were caught. However, some of them reportedly confessed to be petty traders and roadside food hawkers before they were nabbed by some overzealous KAI operatives. They disclosed that much when they were interviewed. But those are all by the way. How come they were interviewed to find that if they spoke Yoruba language before bundling them into prison? How come they bundled all of them into Onitsha even when some of them might have been from Calabar, Yenagoa, or even Uyo? Was it a pre- rehearsed attack against a perceived enemy ethnic group? When and where were these hatched?

As the debate continues to rage, many informed minds have continued to condemn Fashola and his government. However, a few ethnic jingoists have tried desperately to justify the action of the governor, who I am sure might have realised the import of his mistake by now. But I am certain that such arguments as indigene/settler, host/guest conversations have become anachronistic. And so I will not waste valuable time on the contribution of one tribe or the other to the growth and development of Lagos State as some have been preoccupied with.

However, I want to point out some personal views for all of us to consider, extrapolate and draw conclusions. The first point is a short story. During my days at the University of Ibadan, I used to spend time with a relation who lived in the Mushin area of Lagos. I remember it was a storey building and I often came to the narrow balcony to watch a mammoth crowd hurry across to Isolo, Idi-Araba, Surulere and other parts of Lagos. I recall vividly how I helplessly watched hoodlums on several occasions snatch bags and valuables from unsuspecting passers-by. If you are in doubt, try to walk around the area in the evening. You will notice some people following you and singing praises initially and appealing to you to “bless” them. If you hesitate, they will turn violent and “bless” themselves by force by dispossessing you of your valuables. They are still there as I write. Now, if a destitute person is someone who is poor and does not have the basic necessities of life. If the goal of the KAI campaign is to rid Lagos of poor, homeless beggars and non-taxpaying individuals as someone opined, then their destination should be Mushin. There, they will find trailer loads of such individuals but of course the destination of such vehicles will never be Onitsha.  If the Lagos State Government was talking to its Anambra counterpart, why did it decide to drop the “deportees” at the Onitsha head bridge in the dead of the night, not in Awka or any government establishment?

Besides, how come the Lagos State Governor decided to contact, as he said he did, only the Governor of Anambra State on a matter as sensitive as this? Why did he not write other state governors in the South-East and South-South?

Instructively, during the last census exercise, Fashola and his fellow politicians were literally begging Ndigbo and other “settlers” not to go back to their states but rather stay back in Lagos and be counted. Now that they might have contributed to the mega population size of Lagos for which is a clear tool to bargain for national resources, these same people have become disposable street urchins. What could have inspired this state-sponsored hatred? Some say that the pre-civil war fear of Igbo dominance is still a factor. No. Not at all. The effect of the civil war on Ndigbo is so devastating that it will take many more decades to be neutralised, whatever anyone might think to the contrary. Many of the Igbo who left the East after the war went out in search of survival. After the war, they lost their jobs, money, properties and everything. Some of them who had millions of pounds in the bank had to forfeit them and were given only 20 pounds, on the orders of the Federal Government to start life. The only option they had was to continue to travel to places that were inhabitable to trade and farm etc. That was how the Igbo began to migrate to other parts of Nigeria in search of livelihood and survival. It takes a hard-working person to rebuild considerably from the rubble of war with only 20 pounds. Sadly, many years after the civil war, many other tribes with covert backing of politicians are still fighting against Ndigbo. Ndigbo are the least represented in everything Nigerian because, unfortunately, the divisive sentiments that pervaded during the civil war are still very active in the hearts and minds of many. If you look at the lopsided nature of the Nigerian civil service under the name of Federal Character, you will cry.

Since independence in 1960, ethnic issues have been deliberately politicised to give a clique of power-thirsty individuals, a dubious legitimacy. The civil war worsened it and politicians have continued to exploit it to their advantage. Amidst these sad and almost inescapable realities, one would only imagine that Fashola would have known and done better.

It must be noted out that the deportation saga has very tricky political implications. It has a potential of deepening inter-tribal suspicion with counterproductive political repercussions. For instance, Ndigbo constitute a majority of the non-Yoruba voting population in Lagos State that will be too difficult to ignore. How come Fashola mobilised these “street urchins” to vote for him only to remember towards the end of his last tenure that they are a bunch of nuisance that needs to be deported? Why did he not do it before 2011? What about 2015?