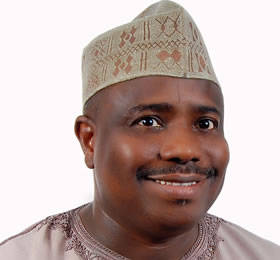 Governor Aminu Tambuwal of Sokoto State recently presented a budget estimate of N174.35 billion for the 2016 fiscal year with education getting 29 percent.

The Muslim Rights Concern (MURIC) lauds this move. It is not only timely but consistent with the state government’s declaration of a state of emergency in the education sector. It is also a fulfillment of the governor’s campaign promise to place emphasis on education. By allocating this huge chunk of the state’s resources to education, the governor has kickstarted revolution in the education sector in Sokoto State.
Governor Tambuwal’s allocation of 29% of the state’s budget to education surpasses the 26% recommended by the United Nations Educational, Scientific and Cultural Organisation (UNESCO). This is highly commendable because Nigerian governments both at federal and state levels have never been known to comply with UNESCO’s recommendation.
Tambuwal had earlier given a directive that the state government should pay for all candidates who registered for the Joint Admissions Matriculation Board (JAMB) examinations for the year 2016 regardless of their states of origin. This is another proof of the governor’s commitment to emancipating Sokoto State from the shackles of ignorance. But the fact that his education policy does not discriminate against non-indigenes of the state places him above clannishness and ranks him among true statesmen of our dear nation.
We regard Governor Tambuwal’s bold step as a long shot in the arm in the fight against insurgency which has been blamed on widespread ignorance, unemployment and poverty at the grassroots level. Had former governors in the North paid proper attention to educating the youth, the Boko Haram phenomenon which has claimed more than 150,000 lives, produced about 1,000,000 internally displaced persons (IDPs) and almost completely destroyed the economy of the region would not have arisen at all. This, indeed, is the crux of Governor Tambuwal’s intervention.
MURIC invites other state governors to emulate Tambuwal’s bold initiative.Nigeria needs revolution in the education sector to get out of the current economic conundrum. The only way to achieve technological breakthrough is by investing heavily in education.
We call on Nigerian leaders to fear Allah. Nigeria’s scarce resources must be used to achieve maximum advantage. By commanding Prophet Muhammad (peace be upon him) to “Read in the Name of your Lord Who Created” (Qur’an 96:1-5) Islam has identified education as the first priority in the pursuit of human welfare. It therefore becomes a divine commandment for those in positions of authority to ensure that Nigerian youths are given qualitative education.
The command given to the Prophet to seek education transcends his personality. It flows down to all homo sapiens. Education is therefore an Allah-given fundamental human right and a divinely given destiny. We charge Nigerian leaders to create an enabling environment for Nigerian youths to fulfill their destiny of knowledge, skill and empowerment all of which lead to prosperity. Nigerians have no business wallowing in ignorance, poverty and squalor.
Also by affirming that those who are educated cannot be compared to the ignorant ones (Qur’an 39:9), Allah has made it abundantly clear that education is the determining factor between the advanced countries and the underdeveloped ones. Education gave Adam (peace be upon him) an edge over the angels (Qur’an 2:30-35) The choice is therefore open for our leaders to pick: whether to perpetually enslave Nigerians by paying ordinary lip service to education or to liberate and lift them to the floodgates of knowledge which is capable of leading the country to El Dorado.
Finally, MURIC recommends that those who aspire to public offices, particularly those of president and governor, must provide evidence that their own children are also in Nigerian schools and not pursuing their education abroad. This may further ensure that our leaders pay adequate attention to education. It will also distance Nigeria from a glorified Animal Farm community.
Professor Ishaq Akintola,
Director,
Muslim Rights Concern (MURIC)
08182119714
Muslim Rights Concern (MURIC),
234-803-346-4974