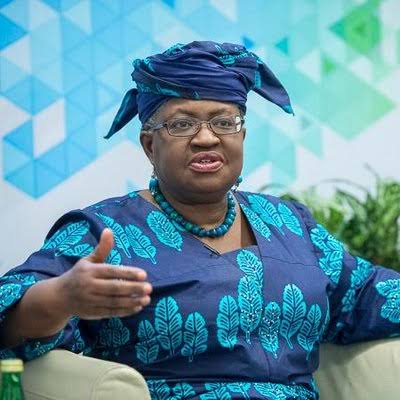 Dr. Ngozi Okonjo-Iweala, former Minister of Finance, has claimed that her 83-year-old mother was kidnapped because she advised former President Goodluck Jonathan to remove fuel subsidies.

In an interview with Le Monde, the 61-year-old economist said the kidnapping was motivated by the fight against corruption, with the abductors demanding her resignation on live television.

When asked about her successes and failures in the fight against corruption, Okonjo-Iweala replied, “Your answer would take a whole day.”

“During my first ministerial experience, I wrote a book, Reforming the Unreformable (ed) The MIT Press, 2012.” It was extremely difficult for the second. Nigeria provides fuel subsidies. We discovered that 1.5 billion of the $6.7 billion spent was fraudulent.

“According to maritime classification society Lloyd’s Register Marine, one importer claimed that his boat was waging its oil while at the other end of the world.”

“I informed the president that we would cease payments.” What occurred? They kidnapped my 83-year-old mother. Their only demand for the first three days was my resignation. “I was supposed to go on TV and announce my resignation.” This was one of the most difficult times of my life. Can you imagine what goes through your mind if you are held responsible for your mother’s death?

In response to falling oil prices, Okonjo-Iweala stated that state governors did not allow Jonathan to save for a rainy day, yet they are now the ones complaining.

“Some economists are concerned about Nigeria, which could suffer greatly from the drop in oil prices.” Others argue that the country’s economy is strong enough to turn the corner.

“Both are correct. But there is one thing that bothers me. When I was finance minister for the first time, the volatility of oil prices, and thus state resources, cost the country at least three percentage points of growth.

“We then put in place a stabilisation mechanism and opened an account for the oil surplus, which amounted to $22 billion.” When oil prices fell from 148 to $ 38 per barrel in 2008, no one heard of Nigeria because the country was able to tap into this fund. And I am very proud of that.

“When I returned to the department in 2011, there was only $4 billion left on this account, despite the fact that the price of oil was very high!” I attempted to save money once more. The president agreed, but the governors refused.

“I’ve had a lot of attacks from them, and now that the country needs this account badly, these same people accuse me of not saving!” We would not be here today if Nigeria had been more cautious. It bothers me. We had the mechanism and the experience, but we were unable to act.”

Okonjo-Iweala went on to discuss her childhood and the hardships she faced firsthand during the Biafran war. “I grew up in a village in southern Nigeria, where I was raised by my grandmother until I was eight and a half years old.” My parents were scholarship students in Germany and could not afford to bring me with them.

“I learned about real life by fetching wood and water.” I could cook when I was five years old. This life has given me courage and character. The Biafran war was another childhood memory of mine (1967-1970). My parents were devastated. “I knew what it was like to have nothing left.”