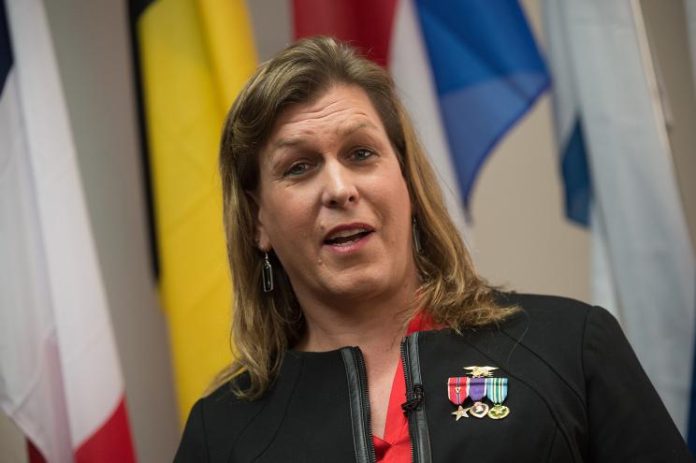 A retired Navy SEAL who rose to prominence after coming out as transgender nearly ten years ago announced his detransition and urged Americans to “wake up” to how transgender health services are harming children.

“Do not believe a word of what you see on CNN with my face,” Chris Beck, formerly Kristin Beck, told conservative influencer Robby Starbuck in an interview published earlier this month. “Everything that has happened to me in the last ten years has completely destroyed my life.” I ruined my life. I’m not a helpless victim. I did this to myself, but I had assistance.

“I accept full responsibility,” he added. “I went on CNN and everything else, and that’s why I’m here right now; I’m trying to make amends.”

Beck rose to prominence in 2013 after discussing his gender transition with CNN’s Anderson Cooper.

“I was abused… I was very naive, I was in a bad situation, and I was taken advantage of. I was brainwashed. A lot of people with far more knowledge than me abused me. They were well aware of what they were doing. “I didn’t,” he stated in the interview.

Beck spent 20 years in the US Navy, including time on SEAL Team Six. He served 13 deployments and received over 50 medals and ribbons for his efforts.

Beck stated that he is speaking out about transgenderism to protect children in the current political climate, where gender clinics can be found “all over America.”

Thousands of gender clinics are being built across the United States,” he said. “As soon as [children] walk in and say, ‘I’m a tomboy or this makes me feel comfortable,’ a psychologist says, ‘oh, you’re transgender.’ The next day, you’re on hormones – the same hormones used for medical castration of pedophiles. This is now being given to healthy 13-year-olds.

“Does this seem right?” he inquired. “This is why I’m trying to wake up America.”

Beck claims that when he first started transitioning, he was offered hormones after only an hour-long meeting at Veterans Affairs.

“I walked into a psychologist’s office, and within a day, I had a letter in my hand stating that I was transgender.” Hormones were approved for me. “I was given permission to do everything else,” Beck explained.

“When I started taking those, I had so much going wrong in my system,” he explained. “Some of that was paid for by the VA, and I apologize to the American people for doing so.”

“This is a billion-dollar industry between psychologists, surgeries, hormones, chemicals, and follow-up treatments,” he went on. “Thousands of gender clinics are springing up across our country. And each of those gender clinics will probably bring in more than $50 million.”

On Sunday, Fox News Digital reached out to Beck and CNN but did not receive immediate responses.