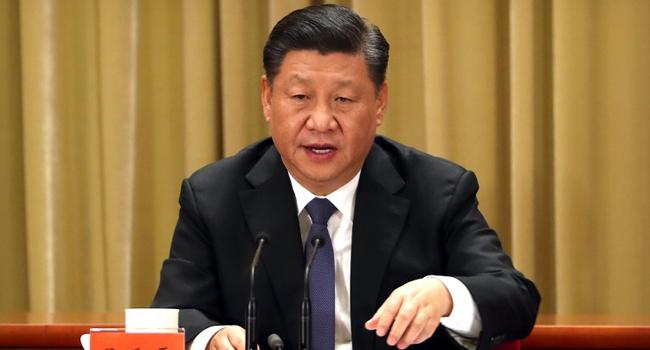 Taiwan’s premier accused China on Sunday of breaking international trade rules and “discriminating” against the island after it halted more Taiwanese imports.

It said the move was in response to a January 1 regulation requiring all food and alcoholic beverage exporters to the mainland to register with Chinese customs. Some Taiwanese firms were still being investigated.

Premier Su Tseng-chang accused Beijing of breaking WTO rules by “making its own rules” and “meddling in trade through administrative means.”

“China is especially harsh on Taiwan and discriminates against Taiwan… “They’ve requested that Taiwan do this and that,” he told reporters on Sunday.

Taiwan intends to file an appeal with the WTO and will assist affected businesses, he added.

Beijing claims self-ruled democratic Taiwan as part of its territory that will be taken one day, if necessary by force.

It has increased military, diplomatic, and economic pressure on the island since President Tsai Ing-election wen’s in 2016, and has previously prohibited imports of other products from the island as relations deteriorated.

“Heard that the #PRC is banning some Taiwanese products, including our beer,” Taiwanese Foreign Minister Joseph Wu tweeted on Sunday, using the hashtag “FreedomBeer.”

“Of course, economic coercion.” But they have no idea what they are missing: the wonderful taste of freedom.”

In retaliation for US Speaker of the House Nancy Pelosi’s visit to Taipei in August, which prompted a furious response from Beijing and a flurry of military drills, China imposed new bans on certain fruits and fish imports.

A year ago, pineapple imports were halted after Chinese authorities claimed to have discovered pests in shipments during the annual harvest.

According to Taiwanese officials, approximately 2,400 registration applications from food, food processing, fishery, and alcohol companies were unable to be completed. Approximately 600 applications will be resubmitted, with the remainder expected to be dropped.

Taiwan Tobacco & Liquor Corp. is one of the companies affected.

Shipments of 123 out of 354 other beverage items, including those from Taiwanese food giant Uni-President Enterprises, have also been halted, according to the report.