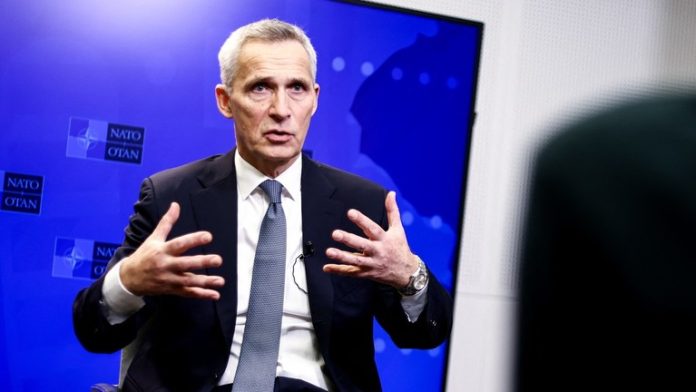 NATO Secretary General Jens Stoltenberg has stated that Western military assistance to Ukraine is required to bring peace to the Eastern European country as soon as possible. He claimed that Russia will only agree to peace talks if it is unable to achieve its objectives militarily.

“It may sound paradoxical, but military support for Ukraine is the quickest way to peace,” Stoltenberg said in an interview with German news outlet DPA, excerpts of which were published on Friday.

According to the commander of the Western military alliance, in order for the conflict to end, Russian President Vladimir Putin must conclude that his forces are unable to take over Ukraine. Only then would the Kremlin be willing to negotiate a settlement.

Russian Foreign Minister Sergey Lavrov told reporters on Thursday that Moscow will “not talk to anyone” under the terms proposed by Ukrainian President Vladimir Zelensky.

Zelensky’s ten-point “peace formula” calls for the withdrawal of Russian troops from Crimea, Donetsk, Lugansk, Zaporozhye, and Kherson Regions, all of which Kiev and Moscow consider to be part of their respective territories.

While Lavrov rejected the plan, he noted that the Kremlin has not refused to engage in negotiations with Ukraine in principle. However, he added that Kiev must first acknowledge the new reality on the ground.

Stoltenberg also defended recent Ukrainian strikes on military targets deep inside Russian territory in his most recent interview. He claimed that “every country has the right to self-defense,” and that the attacks were justified.

When asked if Ukraine should be given intermediate-range ballistic missiles, Stoltenberg revealed that individual NATO member states and Ukraine are in talks about specific systems, which he did not name. He also stated that several members of the military bloc have already provided Kiev with longer-range weapon systems, such as the US-made M142 HIMARS multiple launch rocket systems and drones.

On Thursday night, US President Joe Biden signed a $1.7 trillion spending bill that includes $45 billion for “vital assistance to Ukraine.” The Ukrainian military will be trained and equipped with $9 billion of this total.

Russia maintains that Western weapon deliveries only serve to prolong the conflict, and warns Ukraine’s supporters that such shipments could lead to an all-out military confrontation between Russia and NATO.