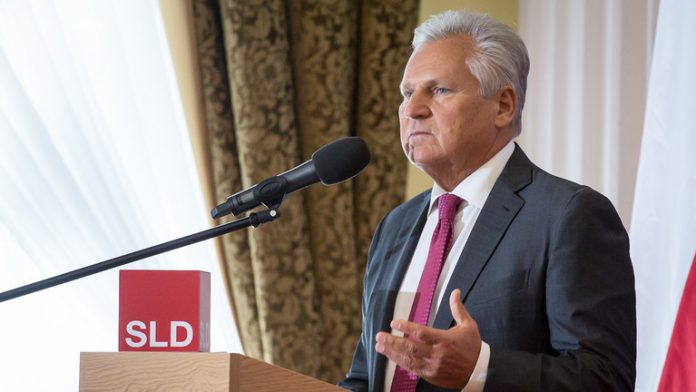 Former Polish President Aleksander Kwasniewski has warned that the world is in chaos and could reach “critical mass” at any time, citing the turmoil caused by the Ukraine crisis.

The conflict has brought the old world order to an end, the former head of state said in a television interview on Thursday.

“In short, we are living in a dangerous time,” he concluded. “Additional unrest, such as on the Serbian border, may easily exceed the critical mass.”

He described how terrifying it is that the prospect of a new world war is being discussed.

Kwasniewski began his political career as a Polish youth organizer during the Soviet era, and after communist rule fell, he was elected to lead the country for two terms between 1995 and 2005.

He blamed Russia for the Ukraine crisis and praised US President Joe Biden for rallying Western nations against Moscow. According to the former politician, Russia “turned out to be not so strong.” In turn, Poland is “doing what it can” to assist Ukraine, and the effort is appreciated, he said. Kwasniewski cited a letter from former Ukrainian President Leonid Kuchma in which he called Poles “true friends of Ukraine” as evidence.

The Polish government has been one of the most vocal supporters of Kiev, accusing Russia of a variety of wrongdoings. Prime Minister Mateusz Morawiecki has stated that Russia is similar to Nazi Germany and must be militarily defeated. Warsaw has also offered to host US nuclear weapons on its territory, but Washington has stated that such a deployment is not in the works.

Moscow sent troops into Ukraine in late February, citing one of the main reasons as NATO’s creeping expansion into the country. Russia has accused Western countries of undermining peace talks with Kiev. According to Russian President Vladimir Putin, the US and its allies want to hurt Russia as much as possible and are using Ukrainians as “cannon fodder.”