The same Nduka Obaigbena and his ThisDay newspaper that started the story accusing President Buhari as sponsor of Boko Haram with a fictitious caption, “Buhari: Military Offensive Is Anti-North,” is at it again quoting anonymous sources in the army allegedly trying to draw a link between the alleged kidnap of a colonel in Kaduna and the Islamic movement of Nigeria.

While the text of the article had nothing to imply what the caption was, Nduka Obaigbena put that particular fallacious caption to mislead the public and frame his person. NewsRescue debunked the caption at the time.

Nduka is doing it again in caption and story, distressingly, this time being hired by agents of the very Buhari he maligned.

Speaking to THISDAY, a reliable intelligence officer quoting a Presidential source, expressed concern that the kidnap might be a revenge mission by the Shiite Islamic sect against the Army over the clash in Zaria last year.

The source however assured that security and intelligence agencies are being mobilised to rescue the missing officer.

The Buhari-government has not denied the publication and accosted ThisDay.

The IMN group has denied any connections and notified the public of this latest false flag attempt.

The tale in ThisDay was leading and predictive. It additionally predicted a tactical rescue: “assured that security and intelligence agencies are being mobilised to rescue the missing officer.” We can imagine this will be the way it will pan out.

The other unusual happening was the fact that the Military announced this kidnap. When 105 soldiers were killed and kidnapped by Boko Haram in Gudunbali, the military denied it. Suddenly the military is the one making the announcement. It is simply too suspicious. The additional fact of the reward publicized draws more suspicion to this incident as preplanned and a staged false flag event.

The public is advised to learn from the unscrupulous mischief and the destruction it brought to Buhari’s reputation int he past and deny such malicious campaigns their birth. 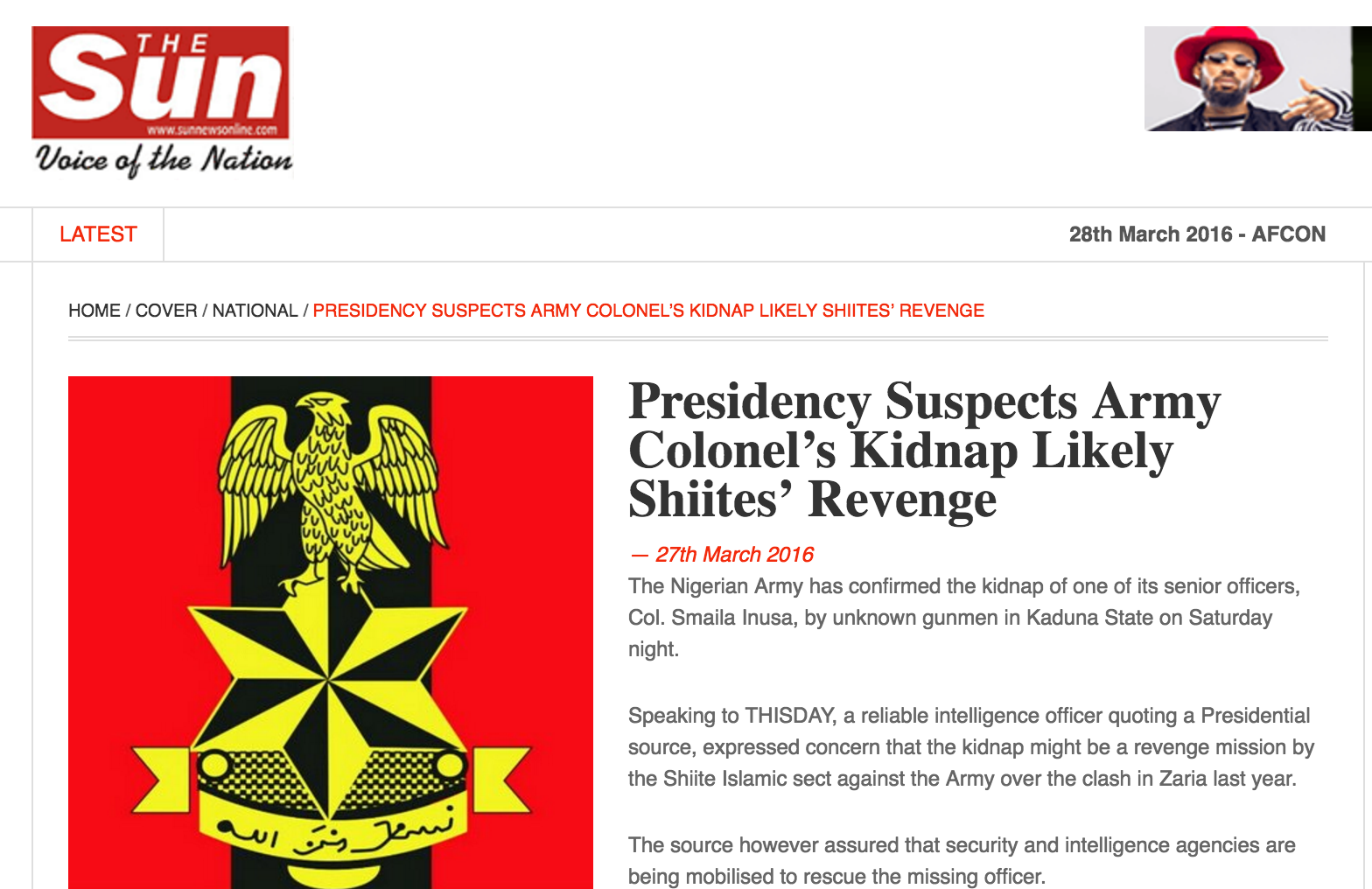 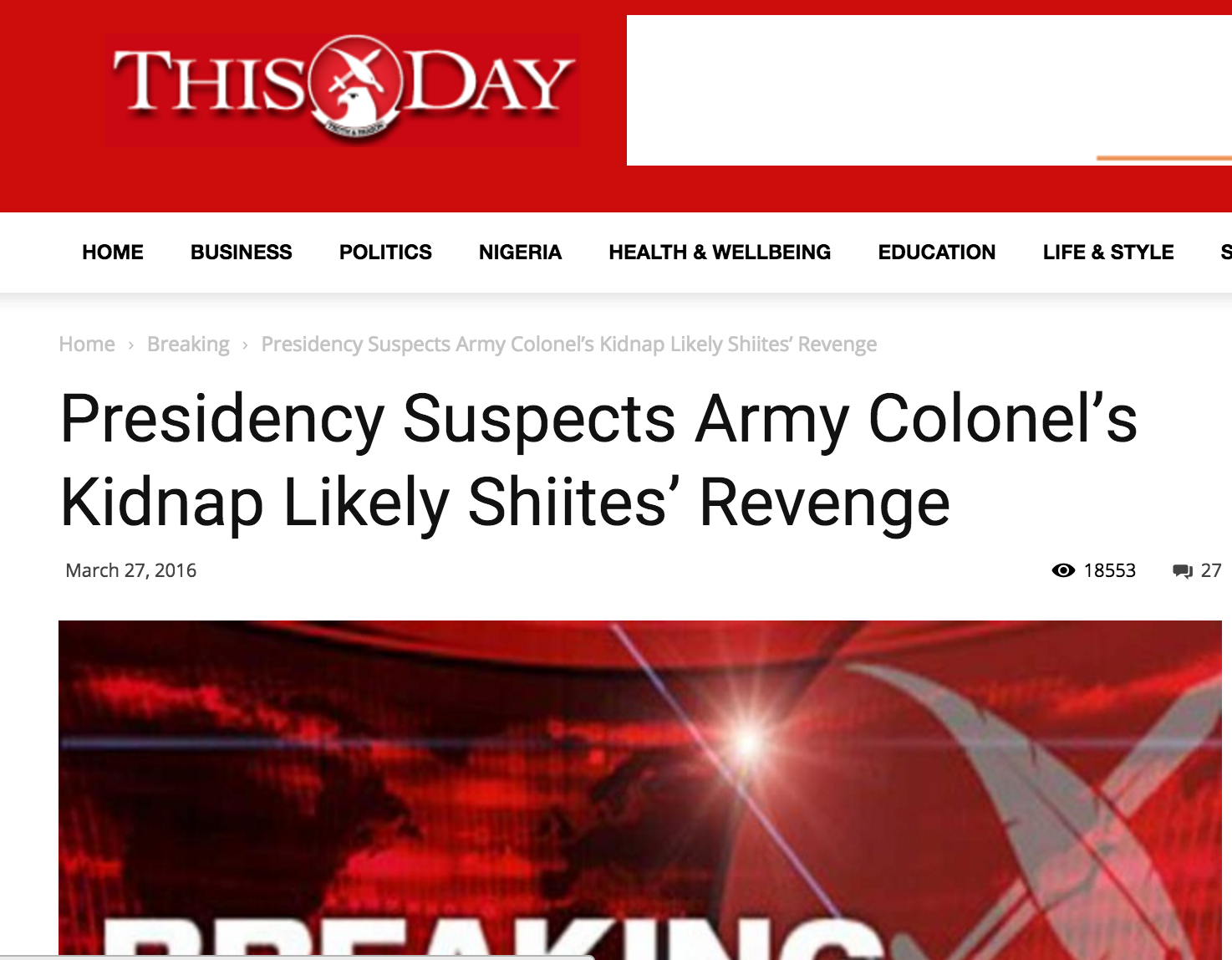