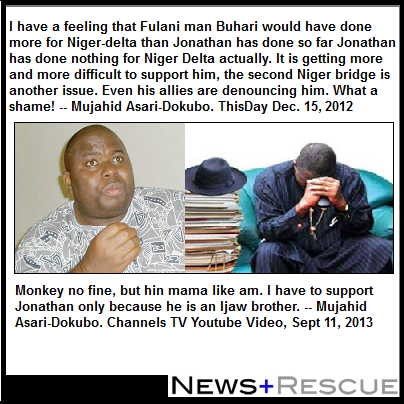 On the National Assembly election conducted in the state, the party emphasized that the outcome of the election substantially met the Electoral Laws except in some areas in Ebonyi South senatorial zone of the state.

“It is now timely to warn the leader of the Niger Delta People Volunteer Force, NDPVF, Alhaji Mujahid Dokubo-Asari, to desist from using the Igbo ethnic nationality to settle his scores with the North and South-western Nigeria. Ndigbo are not conquered people and we are extremely happy about the outcome of the presidential election which produced Gen. Muhammed Buhari as winner.

“Ndigbo are enemies to the North or Western Nigeria but partners in Nigeria project and no one, including Asari-Dukubo should remind us of the past which is now history. I do hope he is not trying to engender crisis with his utterances so that Ndigbo in the North and Western Nigeria will bear the brunt. Asari-Dokubo is not and can never be the mouthpiece of Ndigbo and should be disregarded forthwith”.