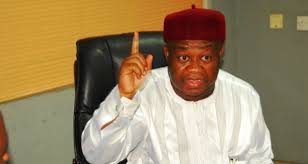 A presidential aspirant on the platform of the All Progressives Congress (APC), and publisher of Leadership Newspaper, Mr Sam Nda Isaiah has said Nigeria is a failed state and needs urgent revival. He said this while addressing reporters in Owerri, the Imo State capital during his consultations with members of the Sam4Nigeria Presidential Campaign Organisation.

The Nation newspaper reports said the publisher  stressed that his criticisms of the Federal Government were not against President Goodluck Jonathan, but against the bad aspects of his administration, which were affecting the masses.

His words: “People accuse me of criticising President Jonathan. I am not half of critical of him as I was of former President Olusegun Obasanjo. When they came in, I supported them; but once they started doing things that were against the betterment of the masses, I withdrew my support. What I should even be accused of is not being critical of what is going on in the country.”

Nda-Isaiah attributed the socio-economic problems in the country to the concentration of powers in the hands of those he called typical politicians. He said such people were insensitive to the plight of the masses.

“I am not a typical politician; I am just bringing myself to serve Nigeria because of the change we want to bring. Politics is too serious to be left to typical politicians. You can see where that has led us to in the country,” the publisher said.

Nda-Isaiah reiterated further that he was the best among APC aspirants because of his “big ideas”.