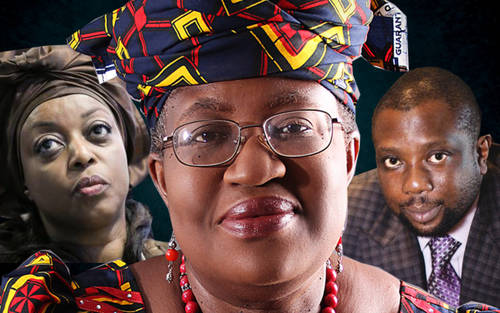 Joda said this to journalists in Yola, the capital city of Adamawa state, on Tuesday.

He said that while Okonjo-Iweala knew of the shady activities going on, she always sought the approval of Goodluck Jonathan, the former president, thereby protecting herself from prosecution.

Joda said it was alarming that Okonjo-Iweala knew about the spate of corruption going on during the past regime, but held onto her job, presiding over fraudulent withdrawals from the economy.

“Okonjo-Iweala is a professional and she guarded herself. Whenever, they said this happened, she was able to produce papers to say, ‘Look, we had a meeting presided over by the president and attended by the national security adviser and others’.

“And she would go back and write the president and say, ‘I have received a request to release so many billions in accordance with our minutes. Your Excellency, if you will approve.’ And His Excellency would approve it. So, she covered herself, thus you can’t pin anything on her.”