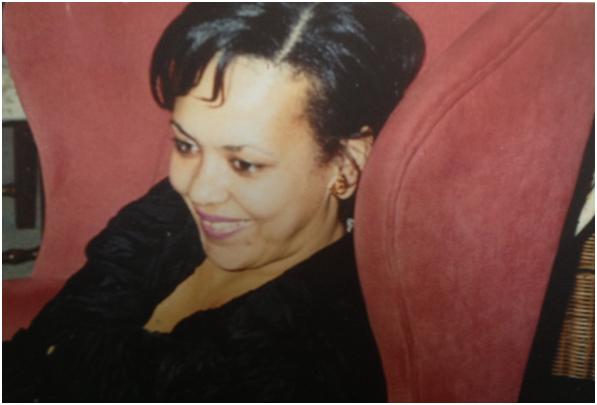 NewsRescue-When the name, Senator Dafinone is mentioned in Nigeria and beyond, the very first thing that comes to mind is a family where every member is a chartered accountant, an achievement that made him bag a Guinness book of record award. Coupled with this is his impeccable family name which he has built for over six decades with no stain attached to it, despite his political career as a senator, and his most prominent son, Ede Dafinone’s involvement in this murky game. What is however unknown is that behind this world achievements lies a deep secret only known to the Dafinone family until this reporter found out.

While the world is made to believe that Chief Dafinone has only Terri as his daughter, this is not the case as information and documents at my disposal authoritatively reveals that faraway in West London lives Dafinone’s first child, a female nurse graduate- Elizabeth Dafinone.

Elizabeth who confided in this reporter through series of phone calls and email exchanges narrated her touching story and her mothers encounter with her father, the legendary Dafinone.

“Fejiro, as you may know, my name is Elizabeth Oghenorvbo Dafinone. I am the firstborn, albeit illegitimate, child of the renowned patriarch of Nigeria, Senator David Omueya Dafinone. My father has never denied his paternity but has failed miserably in his paternal obligations towards me.

Throughout my life, all I ever wanted from my father was some love and care. My Scottish mother, who is now dead, always taught me to respect and love my father, despite the way he behaved towards her. I may add that their relationship was not some one night stand but they lived together in Hull.

I have followed her teaching and have never exchanged a cross word with my father and have always respected him and the Dafinone family name. Whilst with my mother during the late 1950’s, my father met a young West-Indian girl called Cynthia. An anonymous letter was sent to my mother telling her that this girl was pregnant. My father was then “obliged” to leave my mother to live with his now wife, Chief Cynthia. My mother was left alone to bring up a half-caste child (me) in the then quite racist Britain.

My mother had two brothers (one a lawyer, the other a doctor) and they had advised against her relationship with my father.Because of this she had cut herself off from her family. When my father left her, she was too ashamed to return to her family for help and found herself alone with a very young child and without resources from anywhere. So, I was brought up in poverty.

We moved from one tiny, cockroach-infested, bedsit to another, in a freezing 1950’sLondon. Sometimes, we were so poor, we lived on custard for a week at a time. A stew would last us for at least a week. At no point did my father help. Not a birthday or Christmas card, let alone a present, was forthcoming.  My mother embarked on a campaign of appeal writing to him and the Nigerian High Commission in London, begging for some compassion, but it was to no avail. I suspect that this campaign caused my father to resent my mother greatly and possibly explains some of his subsequent behaviour. The only help I remember was from the Church and some kind people we met along the way.

Over my childhood years my mother’s struggle gradually sent her quite literally insane. I have two old friends who are both doctors and who I have known since I was 18 years. They have both offered to testify to the madness of my mother, caused by my father’s betrayal as well as to the dreadful ordeal I experienced, coping alone with such a tragic, sad,heart-broken, woman.When I was about 14 years, my father and Cynthia unexpectedly turned up at the place my mother and I were living. I only remember my mother becoming hysterical at the sight of them.  They left fairly quickly. My mother lay on a couch for days, sobbing, sometimes screaming, with the heart wrenching pain she was enduring. However, at some point during this visit, my father offered to pay for me to go to boarding school.This offer was soon taken up and I left London to attend an expensive boarding school for girls in Hampshire, paid for by my father. I still returned to the ever changing bedsits in the school holidays, but it was a break from some of the pressure and desperate sadness I had to endure.

As a young girl, I travelled to Nigeria on my own,with £100 in my pocket,in order to find my father.  He was kind and saidthat “he had loved my mother but ……” a sentence he never finished”

Narrating further, she recounted that her father, Dafinone never kept to his promise. She noted that the father got to know she was in Nigeria with her grandmother in Sapele, a woman she eulogized,her dad moved her to “his big house” in Sapele and then to Lagos before whisking her back to London with her return ticket. In an emotion laden voice, she explained how she went on to read nursing to please her mother before proceeding to read French and Italian language in the university.

“My father sent £1000so I could begin my studies, but then his help abruptly stopped when my mother wrote one of her long letters telling him off for not looking after me before. So, I worked my way through university with the help of a UK student grant. Obviously, I found it hard financially on my own and on occasion found myself homeless in both Paris and London.  However, I made it!,” she exclaimed with joy.

During one of the mail exchange between this reporter, she was asked if she has made any effort to contact her siblings.

“Fejiro Oliver, I have”, she said, “Over the years, I have spoken often with my father and Chief Cynthia and they are well aware of the struggle I have had. I am divorced, but have looked after my ex-husband for many years after he got cancer and then had a transplant.  So you can imagine the difficulties I have faced looking after someone so sick, whilst at the same time bringing up my daughter.  My father knows of this but has done nothing to help. I have on occasion also spoken to Chief Ede, Terri (Daphne) and my 20year old daughter has recently met Igbo (she thinks) and his wife at the Dafinone house in Chelsea, London, when she went to see whether my father was there.When approached by a journalist in London to tell my story, my daughter telephoned my father some 6 weeks ago to ask advice. He told her to “go back to the hell she came from” without even bothering to hear what she had to say. What sort of language is that to be used by a Patriarch, a Senator of Nigeria, towards a young girl, his granddaughter, trying to seek advice? My father’s rudeness towards my daughter some weeks ago was a watershed in my attitude towards him. People may say what they like to me but when m child is attacked, things change”

“Years ago when I sent photos of my daughter aged 7 to Nigeria, I spoke to Ede on the phone afterwards and he said it was “rude” of me to have sent them. I asked him very politely why and he could not give me an answer”.

Elizabeth Dafinone who is a translator of French and Italian languages is known to shield her daughter, including her name away from the press and even this reporter who she has confided in is not spared. Speaking to her daughter on phone, she narrated how she called her grand dad who spoke harshly to her, saying that it feels “awful and sad”. However, personal investigation conducted reveals that her daughter,(name withheld) got admission into McGill college during the winter term in 2012. When contacted on phone, Ede Dafinone who spoke very few words throughout the discussion, refused to comment on the issue, but never denied the existence of her elder sister. He however requested for an email to be sent to him where he can forward all that he knows about the burning issues. Subsequent calls put across to him where not answered nor return, neither was any answer forwarded to the mail.

Efforts made to reach Terri Dafinone, Duvie Dafinone and Igho Dafinone through their various mails met a brick wall as they never responded to the inquiries. The Eighty Seven year patriarch of the family, Senator David Dafinone phone number which ends with 465 never rang as at the time of filing in this report and going to press.

Fejiro Oliver, a journalist can be reached on [email protected] Due to numerous demand of phone contacts, contact +2348026797588 (sms only please) *Article edited, Aug 14, 2013 by NewsRescue

Expressions are those of the author and not necessarily reflective of NewsRescue editorial policy.