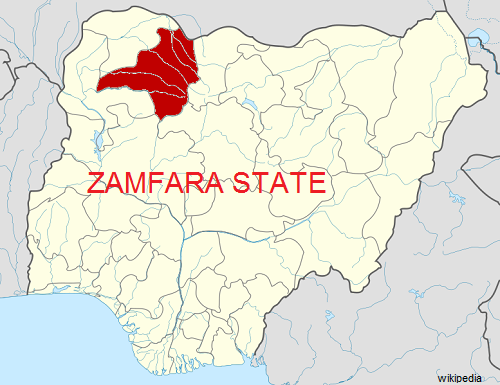 Zurmi (Zamfara) – Some unidentified  gunmen riding on motorcycles on Friday shot dead 10 members of the local vigilante group in an attack on Rukudawa village in Zurmi Local Government Area of Zamfara state.

The Chairman of the local government, Alhaji Abdullahi Gurbin-Baure made this revelation on Friday in an interview with journalists in Zurmi.

Gurbin-Baure said that the killers came on motorcycles through the Dumburum/Rukudawa road and attacked members of the vigilante killing all the 10 persons on duty.

The chairman said that the killers also removed the private parts of some of their victims and burnt all the motorcycles used by the members of the vigilante.

He said that he had already reported the matter to the state police headquarters and to the state government.

According to the chairman, the Deputy Governor of the state, Malam Ibrahim Wakkala attended the burial of the deceased.

Malam Musa Lawali, who claimed to have witnessed the incident, told NAN that the gunmen apparently came with the specific purpose of killing members of the vigilante group.

He said that this was because the gunmen did not attack any of the traders at the market.

Lawali, who was also a trader attending the Dumburum weekly market, said that the gunmen went straight to the members of the vigilante, who were on their routine patrol providing security to traders.

Also confirming the incident, the state Commissioner of Police, Mr Usman Gwary said that the incident had been reported to the command.

He told reporters that he was on his way to the local government area, adding that he could not give further details as investigations had just commenced on the killings. (NAN)