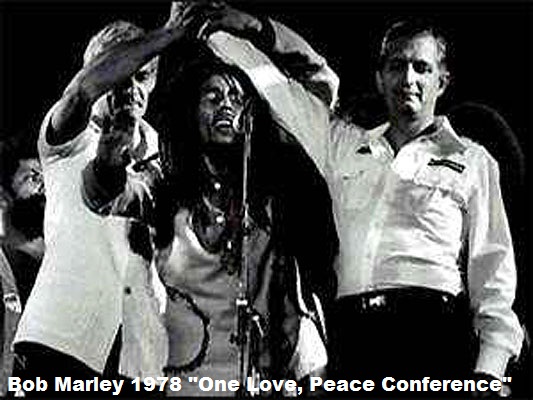 A massive row has erupted between the Igbo and Yoruba ethnic groups in Nigeria over foremost writer, Chinua Achebe’s portrayal of former premier of the defunct Western Region, Obafemi Awolowo, in his new book, There was a Country.

Mr.  Achebe lambasted Mr. Awolowo’s civil war policies in the book, and that has fired up a rare dichotomy between Igbo and Yoruba, each side teaming with their kinsman.

Nearly a week after the excerpt of Mr. Achebe’s memoir, blaming Mr. Awolowo for starving to death of over two million Biafran children, became public, leading Yoruba leaders and activists have poured vituperations on the writer.

In turn, Mr. Achebe’s Igbo kinsmen have sided with him, justifying his claims and attacking Yoruba critics in return.

Notable leaders from the region and commentators on the blogosphere with Yoruba pseudonyms, have remained furiously unified in condemning the respected author.

Same has held for the contrary. Igbo leaders speaking, fewer though, as well as virtual commentators, have upheld Mr. Achebe’s allegations with an equal dose of invective directed at Mr. Awolowo, who died in 1987.

Amongst the latest Sunday, Rotimi Fashakin, the National Publicity Secretary of the Congress for Progressive Change (CPC), warned that Mr. Achebe’s remarks were inciting and capable of stirring conflict.

“It is akin to the great Madiba, the irrepressible, indomitable Nelson Mandela writing a book and cataloguing only the heinous crimes of the white supremacists of the apartheid era,” Mr. Fashakin said in a statement.

“The first thing that runs through the mind (before depreciating the worth of the man), is: what is the portent of this at the ‘quarter-to-grave’ status of this old bloke?”

In excerpts of Mr. Achebe’s war memoir, There was a country, published Tuesday by the UK Guardian, Mr. Achebe blamed Mr. Awolowo and war time military ruler, Yakubu Gowon, for instituting a no-food policy against the secessionist Biafran side, mainly Igbos and the present South-South.

The policy, which Mr. Achebe calls “diabolical” is said to have killed over two million people.

A transcript of Mr. Awolowo’s interview in 1983 has come handy for Mr. Awolowo’s supporters in responding to the issues Mr. Achebe raised.

In the remarks, made by the former leader on a campaign trail for the 1983 presidential election, Mr. Awolowo admitted the policy, but denied it targeted civilians.

He said the policy targeted the fighting personnel, as a way to end the three-year old conflict. Food supplies dispatched for civilians use in Biafra, were cornered by the soldiers, he said.

Mr. Awolowo was finance commissioner, and vice-chairman of the Federal Executive Council under the Gowon regime. He played a prominent role in that capacity, acting like a second in command.

Images of children dying from Kwashiorkor, occasioned by the starvation, came to define that deadly war across the world.

The Yoruba and the Igbo have always dealt with one another with suspicion. Mr. Achebe’s remark in the book appears to have deepened that dichotomy.

The Secretary General, Afenifere, Seinde Arogbofa, was quoted last week by the Punch as saying of Mr. Achebe:

“He has the right to live anywhere he likes but to start denigrating one of Nigeria’s founders and builders like the Late Chief Obafemi Awolowo are not only unfortunate but a great abomination especially when he knows that the man is dead and cannot defend himself.”

The Sun quoted the immediate past president of Ohaneze Ndigbo, Dozie Ikedife, as saying:

“The facts are naked but only that truth is better. Igbos would not start another war but for Nigeria to move forward, she must acknowledge injustice done to Ndigbo during the war.”

“It is a general knowledge that the civil war has only ended in the battle field but it has not in reality. Go to the South East and you will pity the Igbo. All the roads are impassable and there is no federal presence. The policies of federal character and educational disadvantage are created to deter the progress of the Igbo people.”

Ebenezar Babatope, a former minister and a protege of Mr. Awolowo, said in a statement : “While Achebe is free to write on any topic that suits his fancy, he has no right whatsoever to irresponsibly murder history by his recklessly attacking a great leader like Papa Awolowo.”

The Tribune owned by the late Mr. Awolowo, quoted Yinka Odumakin, a member of the Save Nigeria Group, as saying,

“It is unfortunate that a great man of letters of Achebe’s status has descended to the arena of Biafran propagandists who are always ready to sacrifice the truth to achieve emotional blackmail.

“He has betrayed his intellectual calling by joining in the circulation of low quality rumours against Awo. I had looked forward to read the book, but now I doubt if I would pick up a copy even if dropped at my gate.”

“I have not read the book. I don’t want to speculate. During the civil war, I was studying in the United States of America. However, I have absolute confidence in Prof Chinua Achebe. He is an acclaimed international scholar and figure; whatever he says about the civil war should be taken seriously,” Mr. Mbadinuju said.

Mr. Awolowo’s daughter also spoke of her “disappointment” with the author of Things Fall Apart, according to Vanguard.

“One is still trying to come to terms with the sense of disappointment about the person who wrote what is now a brewing controversy in the country,” Tokunbo Awolowo-Dosunmu said. “While a formal statement responding to the offensive comments of the writer is being prepared by the family all I can say for now is that I feel so disappointed.”

Mr. Achebe’s book is due for release on Tuesday.

Twenty-five years after he died, Mr. Awolowo remains a venerated personality in Nigeria.

For most of his adult life, he was the rallying point for the Yoruba, charting their political direction and implementing policies that made his people the most educated group in Nigeria. Link: http://premiumtimesng.com/news/102820-igbo-yoruba-at-war-over-chinua-achebes-criticism-of-awolowo-in-new-book.html