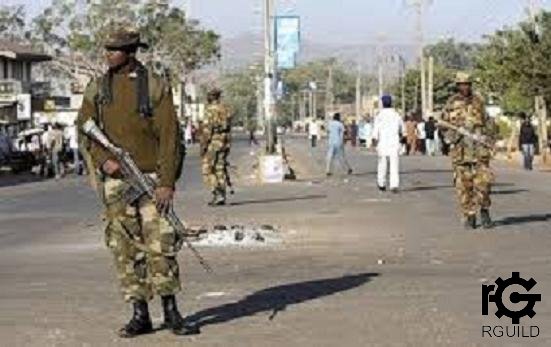 In taking cognizance of a number of attacks and killing of innocent citizens in some parts of Yobe and Borno States, the Defence Headquarter has explained that the incidents were undertaken by relocating terrorists, eight of whom have been apprehended at the outskirt of Maiduguri.

A statement released and signed by Brigadier General Chris Olukolade, the Director of Defence Information, expressed regrets at the situation which it said is “unfortunate and condemnable.”

Through the statement also, the Defence Headquarters sought to assure that these incidences are by no means indicative of a relapse in the counter-insurgency operation aimed at curbing terrorists’ activities in the country.

The statement further described the attacks on some of parts of Yobo and Borno as “a typical end-game strategy often employed by insurgents all over the world. “In this instance, the recent activities are signs of desperation of a decimated insurgent group attempting to hang on to public consciousness.”

The Defence Headquater further said that the terrorists were just perpetrating the last of their acts because their operational bases and camps have been destroyed by the Special Forces, who have dislocated the group from their centre of gravity making it impossible for them to have freedom of action to operate as they did previously.

Brigadier Olukolade’s briefing also explained that the terrorists cannot do more than sneaking in to carry out isolated attacks on soft targets and that it is the terrorists’ way of seeking attention.

The Defence Headquarters assured that the Special Forces have stepped up the mop up, cordon and search operations to ensure that the vestiges of terrorism are effectively further decimated in those States.

The Defence Headquarters has therefore urged members of the public to continue to report any suspicious movement to security agents.