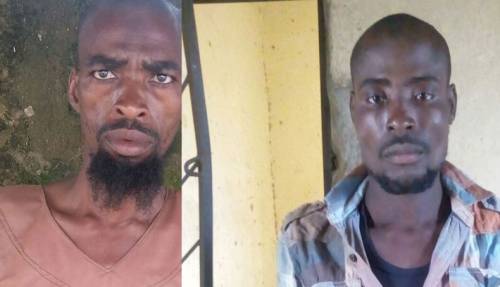 According to the statement, Zauro was identified and arrested with assistance from local vigilantes on routine checks while attempting to flee from Sambisa Forest to Birnin Kebbi, Kebbi State. Troops recovered from Zauro a Gionee brand of mobile phone handset and a fake SAIE/JIBWIS identity card and a cash of N7,900.

Also arrested was Lawal Aboi, who was intercepted while going to surrender to troops because he had become tired of fighting for no just cause. Aboi was arrested along Damboa-Bale Road. Both he and Zauro are currently been investigated, the statement added. -SR

Te arrest happened as ISiS announced a new leader for the cult, confirming NewsRescue reports that Shekau was long dead.