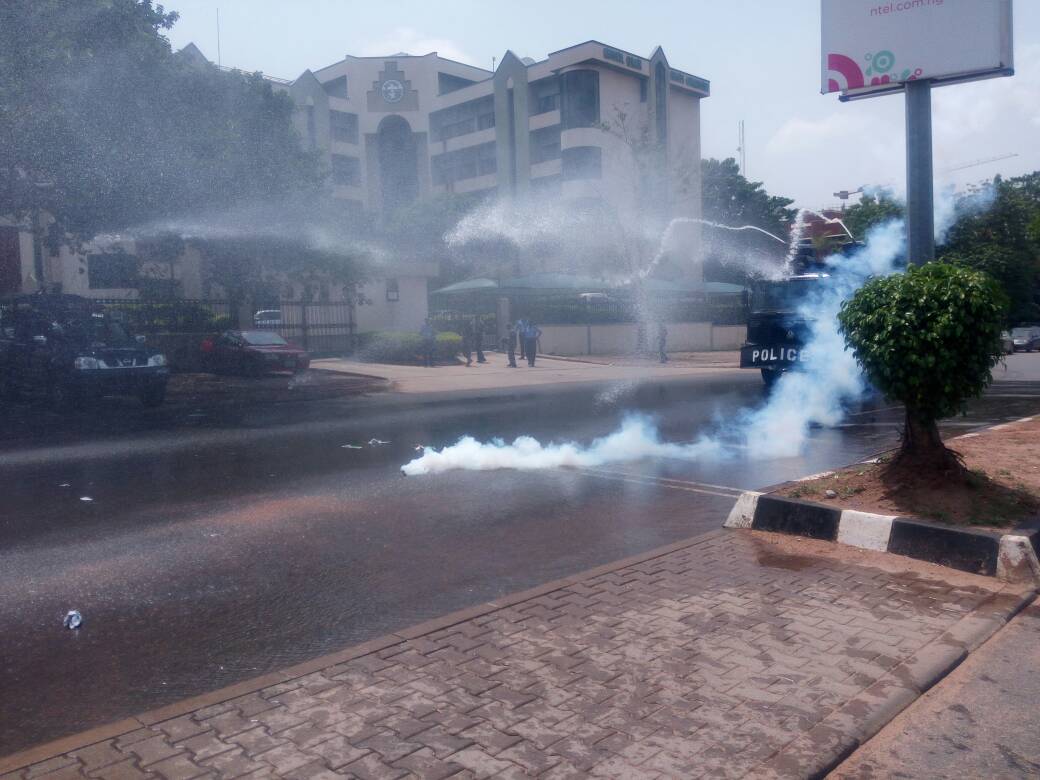 Nigerians have challenged the current Acting President Yemi Osinbajo as peaceful protesters demanding freedom for illegally detained Islamic movement leader Sheikh Zakzaky and his wife Zeenat on Monday were harassed by police and dispersed with water guns and tear gas. 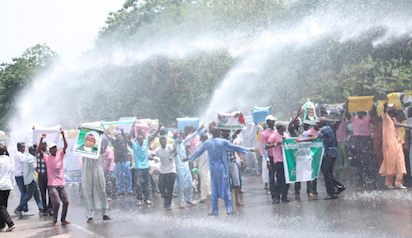 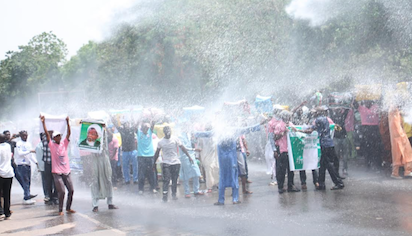 The protesters were chanting “right to protest” as they came upon the police who had set u road blocks. The police attacked right in front of the Nigerian Human Right Commission, Abuja.

Aisha Yesufu tweeted at the the Acting President the message below, pointing him to video and links of the assault on the peaceful protesters:

“Dear Acting President @ProfOsinbajo This happened under your watch. I have repeatedly posted video to you of…”

Dear Acting President @ProfOsinbajo
This happened under your watch. I have repeatedly posted video to you of… https://t.co/aNww9AbxiH

To God be the glory. Today, right in from of National Human Rights Commission, we were attacked by @PoliceNG because of #FreeZakzaky protest pic.twitter.com/Ay39jfm5eh

If @PoliceNG or their paymasters don’t want protest march by #IMN, let them #FreeZakzaky. It is that simple. pic.twitter.com/D5wCwPn4Tx

The Islamic movement demanded that the government should simply obey the court and free Zakzaky and his wife Zeenat if they wanted to stop the protests. Online and street protests have been held every day. 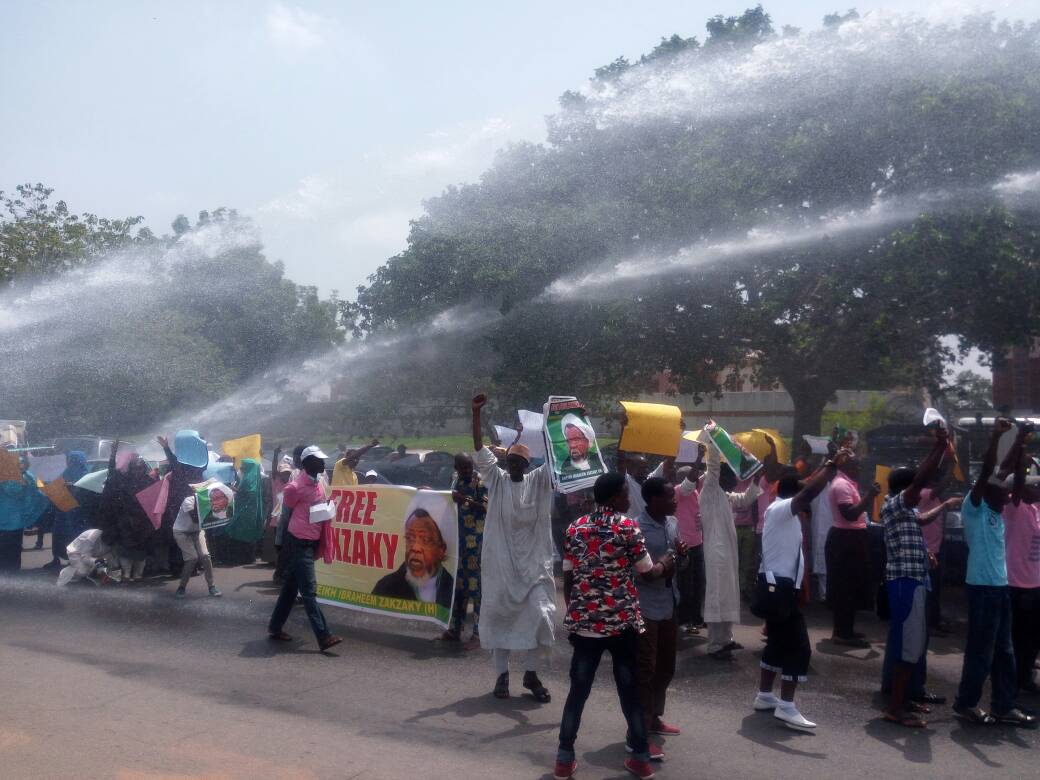