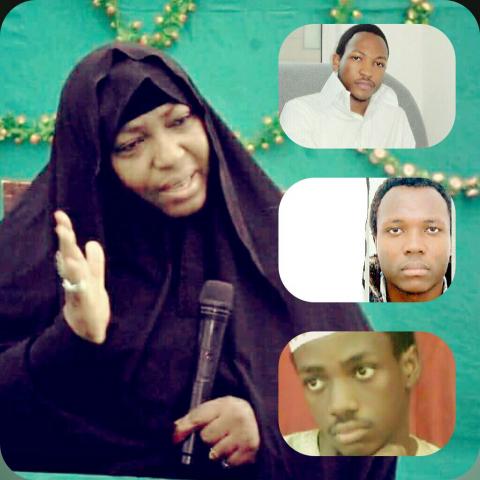 I agree with the Nigerian government’s expressed apprehension for the safety of the lives of Sheikh Zakzaky and his wife, Zeenat as explained by spokesman Garba Shehu.

The government insists that they have continued to illegally detain the Islamic movement leader and his wife in contempt of court “for their own safety.”

While it is quite unfortunate and shameful that the Nigerian security services cannot guarantee the safety of the citizenry, it is true that there is potential risk to Zakzaky and his wife’s lives. There are four groups/individuals who want to kill Zakzaky, his wife and followers:

It is clear that Nigeria’s chief of army staff, Tukur Yusuf Buratai wishes to kill Sheikh Zakzaky. He is one of the reasons the Federal government is afraid of releasing the Sheikh and his wife to go home. T.Y. Buratai has already made an attempt on their lives. Soldiers under his command, upon meeting with a road block by disgruntled protesting youth in December of 2015, proceeded to five distinct locations in Zaria where faithfuls associated with Zakzaky’s Islamic movement could be found, including a burial ground and killed everyone in sight! Nothing moving was spared.

In the accounts of the blood curdling events of December 12th to the 14th, Buratai’s forces proceeded to Zakzaky’s house and killed three of his sons right in the face of Zakzaky and his wife, shooting the couple too in attempt to assassinate them. Zakzaky survived four point blank shots that partly blinded and crippled him. Zeenat survived two point blank shots. A morbidly wounded Zakzaky was then transported by troops under Buratai’s command in a wheelbarrow to further humiliate his injured body.

The dead and buried were not spared from Buratai’s wrath. The troops with the assistance of local fanatic thugs, even desecrated graves and exhumed the dead, which included three previously killed sons of the Sheikh. The Kaduna state government several months later confessed that as many as 350 freshly killed were secretly buried in the middle of the night after the massacre. There has yet been no mention of how many exhumed decayed corpses were also dumped in the mass grave at Mando cemetery. Zakzaky and Zeenat are clearly not safe from CoAS Buratai.

A partaker in the events of the #ZariaMassacre highlighted above, Governor Nasir el-Rufai has also demonstrated interests in killing members of the Islamic movement. After the tragedy, the Kaduna state government arraigned no fewer than 141 of the minority Muslims seeking the death sentence for all of them. Quoting PremiumTimes of May 3rd, 2016:

“The Kaduna State Government on Tuesday arraigned another batch of 91 members of the Islamic Movement in Nigeria (IMN) before a Kaduna High Court, seeking death sentence for the accused… The government had on April 21 arraigned 50 members of the sect on similar charges.”

The Kaduna governor cannot wait to get his hands on the couple and as soon as the Federal high court Justice Gabriel Kolawole ruled their immediate release into government provided accommodation and compensation with $158,000 for damages, the governor promised to deal with them locally.

So it is evident Sheikh Zakzaky and his wife Zeenat’s lives are not safe from Governor Nasir el-Rufai who seeks death for faithfuls associated with them.

Boko Haram has made countless deadly attacks against Shia minority Muslims across Nigeria and the Islamic movement in particular. Dozens have been bombed to death by suspected Boko Haram members during their processions in the north.

In recent videos since the new APC administration took over, the movement has amped its rhetoric against Shia Muslims in Nigeria making direct threats to them.

NewsWeek of April, 2016 mentioned how a suicide attack in 2015 left at least 21 members on procession between Kano and Zaria dead.

“Boko Haram released a statement claiming responsibility for the attacks, saying they would continue to fight “against Shia polytheists…until we cleanse the earth of their filth.” Sheikh Zakzaky, however, denied that the group was responsible and suggested the Nigerian military may have been behind the attack.”

The Zaria massacre happened two weeks after Sheikh Zakzaky pointed a finger at the Nigerian government as being behind the alleged Boko Haram attack on his members.

With negotiations by the Nigerian government that have freed deadly terror masterminds of the group and reports by the BBC that the group was further compensated some 2 million euros in a deal to free abducted school girls, the group still has financial muscle and commanders and remains a threat to its enemies in Nigeria.

Sheikh Zakzaky and his wife Zeenat are not safe from the unchecked terror organisation.

There is video and pictorial evidence of extremist thugs who attack members of the Islamic movement and were said to have participated in the Zaria massacre alongside Nigerian soldiers.

To make their threat even more dangerous, images captured these hooligans being ferried in Nigerian police vehicles with machetes, rods and even guns to perpetrate attacks on the members of the Islamic movement and Shia minority Muslims in Kaduna and neighboring states.

These organised and highly sponsored thugs are said to be part registered “Muslim” organisations in Nigeria, well funded from Gulf states.

Certain of these group leaders have even come out on global and their private owned TV stations to cajole the youth hoodlums to act above the law and “seek out and meter ‘justice’ on Shia minority Muslims.”

As long as the Nigerian government leaves these threats unchecked and even allows these hoodlums be assisted and transported in police and army vehicles, Sheikh Zakzaky and his beautiful Yoruba wife Zeenat’s lives are not safe.

Then Free Them And “Deport” Them To Iran

Everyday Nigerians of all walks of life protest for the freedom of Sheikh Zakzaky, his wife Zeenat and all other victims of the massacre being held illegally.

The United States, Amnesty international and many other groups have repeatedly urged the Nigerian government to meter justice and bring the military and state officials implicated in the Zaria massacre to book.

However while justice is yet illusive, the continued illegal detention of the ailing Sheikh and his beautiful wife who has lost six of her seven sons to the Nigerian government, is an injustice beyond measure. These people, one side of the equation whose home was invaded without search warrant, have been punished enough. Blinded, crippled, and detained for a year and a half after witnessing the loss of six of their precious sons. 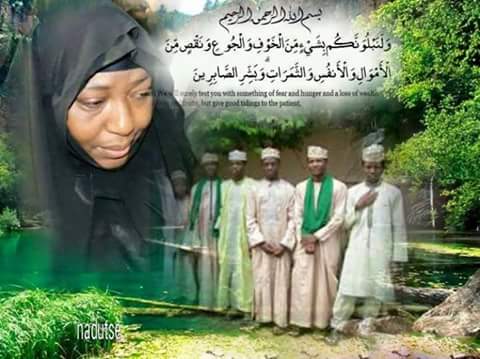 To this effect the Nigerian government is advised in the interest of its health and the health of the country, to discuss with Zakzaky’s lawyers, Femi Falana SAN and co and possibly deport Zakzaky and his wife to Iran where they will be happily welcomed and accorded proper medical and psychological therapy. This would be a first reasonable step towards placating them and better health for all.

The government must also warn violators and improve security in the nation so everyone is safe and no individual, group or government official of whatever creed or class is allowed to act above the law, so they can soon safely return.

Additionally, the government should consider offering compensation and assistance to the many Kaduna victims who lost limbs or sustained terrible various degree burns during the incendiary carnage that was the Zaria massacre.

It is never too late to make amends.