The main suspect of the Christmas Day bombing at Madalla, Suleja, in Niger state, Kabir Sokoto has been re-arrested.

Sokoto, is suspected to have masterminded the Christams Day 2011 bomb blast at the St. Theresa’s Catholic Church in Madalla, Niger State.

He escaped from a police van while he was being taken to his residence at Abaji, a satellite town in the Federal Capital Territory for a search.

His escape led to the arrest of Zakari Biu, a commissioner of police who is currently being investigated by the police authorities. 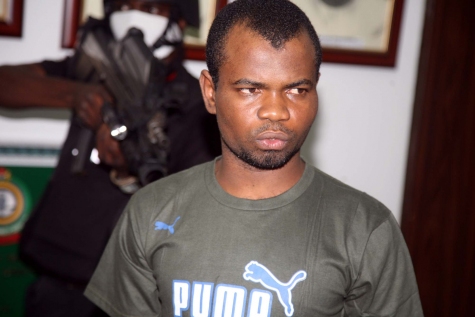 Kabiru Sokoto was flown from Taraba to Abuja and paraded by the SSS in front of the media today.