Shehu Sani, who represents Kaduna Central senatorial zone, has condemned a recent unilateral move by governors of states in the northern part of Nigeria to obtain a loan from the Saudi Arabia-based Islamic Development Bank. 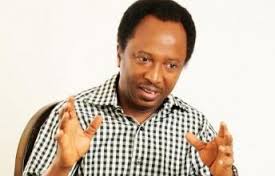 Mr. Sani, who chairs the Senate committee on foreign and domestic debt, said the governors’ effort violated the laws of Nigeria. According to the outspoken senator, who also serves as vice-chairman of the Senate committee on Foreign Affairs, the governors’ application for the loan is a breach of Nigerian laws “that clearly and unambiguously rest the exclusive right to borrow externally on the Federal Government.” He invoked Nigeria’s Debt Management Office Act of 2003 that stipulates that any government or agency could only obtain external loans through the federal government, adding that the federal government must guarantee such a loan. “The Act is explicitly clear that no state, local government or federal agency shall on its own borrow externally,” Senator Sani argued.

He rebuked the governors of the Northern states for flying to Saudi Arabia to solicit or collect loans without following the due process of the law. He added that Nigerian law provides that “State governments and their agencies wishing to obtain external loans shall obtain Federal Government approval in principle from the Federal Ministry of Finance.”

The senator remarked that any borrowing proposal must be submitted to the Federal Ministry of Finance and the Debt Management Office for consideration. He stated that each proposal must specify the intended purpose of the loan and its link to the government’s developmental agenda. In addition, each proposal must disclose the cost-benefit analysis showing the economic and social benefits to be derived from the loan, and a cash flow statement for the project to ascertain its viability and sustainability.

Senator Sani also disclosed that the Debt Management Office had a duty to ascertain whether the borrower had over-borrowed. He added that the borrowing proposal must be incorporated into the annual budget for federal executive council approval.

He stated, “No state or group of states can borrow from [an] external source without approval from the National Assembly and clearance from the Federal Ministry of Justice.”

The senator declared, “Whoever led the Northern Governors to Saudi for [a] loan is ignorant of the relevant provisions of the law or he has chosen to circumvent the law.”

Mr. Sani advised the Northern governors to go and read the relevant legal provisions. He also urged the Islamic Development Bank not to release any funds to the governors until the governors followed due process.