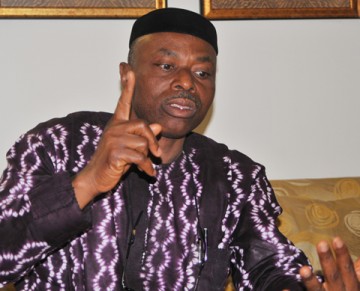 In the next few months, precisely in November 2016, a new government will be elected to steer the ship of the sunshine state for another four (4) years. The incumbent is strategizing to install his stooge and trusted ally while close to thirty (30) people are aspiring to contest the primaries of the All Progressive Congress (APC), the main opposition party in the state. Ondo state is peculiar, with very distinct characteristics. The citizens are independent minded and can not be pushed around. The incumbent governor, Dr. Segun Mimiko is acclaimed to have the joker to sway the people to his favour at every point as he pleases. It is therefore pertinent for the APC and its leaders to show more seriousness, determination and commitment to win the next election.

It is a known fact that the electorate in Ondo state identifies more with one of their own than with the elites. Adekunle Ajasin, Adebayo Adefarati and OlusegunMimiko rose to power through mass movement and support of civil servants and the middle class. Each of them was seen and considered as regular and /or everyday people that can be accessed in and out office. Olusegun Agagu on his part was a beneficiary of the PDP tsunami that swept the entire South-West except Lagos in the 2003 general elections. He performed well in office and governed the state with best intentions. He lost out in the power play due to his elitist nature and lifestyle. It was easier for some beneficiaries of his large heart to gang-up and conspire to work against him because he was not from the grassroots.  One can therefore conclude that the fear of the civil servants and the middle-class of Ondo state is the beginning of wisdom for any serious minded politician.

Governor Mimiko in his characteristic manner is already strategizing for the November gubernatorial election, with over one hundred (100) newly appointedaides and the already selected and soon to be sworn-in local government chairmenand councilors. The man is busy empowering and positioning his foot soldiers for the battle ahead. Mimiko may not be the best manager of men and resources but there is one thing we can not deny him or take away from him, he understand the politics and psyche of the Ondo state electorate more than anything else. Even more than the medicine, he studied. He was quoted to have boasted that he will defeat APC any day the election is conducted.

Many of the APC co-travelers may not believe him or take his threat serious but with the present disorganized and segmented Ondo state APC, Mimiko will win the next gubernatorial election unless the APC put its house in order. The APC aspirants must put the party before themselves so as not to rock the boat after the primaries. The party leaders for the very first time has come out with pronouncement that there will be no imposition. That’s a cheering news and positive development. However deliberate efforts should be made to downsize the number of aspirants, either through zoning or whatever means. The APC today is the bride of all with endless “jumpology” (decamping) across many states. It’s a good thing that the APC today can boast of almost thirty (30) aspirants. This seeming blessing can be counterproductive if not well managed.

All the aspirants are fine gentlemen and lady. The unfortunate thing is that some of them can not win their unit or ward at the gubernatorial election if picked as the APC candidate for the November election. Beyond money and affluence the electorate in Ondo state easily identify with whom they know. The Action Congress of Nigeria (ACN) lost to the Labour Party (LP) and came a distant third in 2012 because the people couldn’t identify with the ACN’s flag bearer. Deliberate effort should be made this time for bad history not to repeat itself. As aforementioned all the APC aspirants are fine and eminently qualified to aspire. On the list are high profile aspirants like Senator Borrofice, Senator Alasoadura, Hon Ayorinde (who are current members of the National Assembly) and seasoned administrators and legal luminaries like Jamiu Ekungba, Victor Olabimtan, OlusolaOke, Segun Abraham, Rotimi Akeredolu, Akin Akingbade, Derin Adesida, e.t.c.However, of all of them a name stoutly stands out! That’s Rt. Hon. Victor Adekanye Olabimtan.

Olabimtan, besides being a rallying point in Ondo State politics and a grassroots’ mobilizer, has consistently used the privileged positions he has occupied in life for the comfort and wellbeing of the masses. This is a man who has spent 90% of his years on earth in Ondo state, living among the people. He knows and understandsOndo state and the people can easily access him. He left the civil service as a secondary school principal to join politics. He was elected into the Ondo State House of Assembly as a law maker and became the fisrt among equals as speakerunder whose leadership good laws were enacted. His next appointment was as the Chairman of Ondo State Teaching Service Commission (TESCOM).  Olabimtan’sunflinching uprightness, trustworthiness and loyalty to the party earned him another appointment as the Commissioner to represent Ondo, Ekiti and Edo states at the Federal Civil Service Commission. In all of these exalted positions God has consistently used him to touch and transform many lives in Ondo state and these are attested to by many.

The incumbent Governor, Olusegun Mikiko, is working hard to neutralize the soaring popularity of the APC in the state with the sole aim of installing a puppet as succsessor. We need a well-rooted politician like Olabimtan to outsmart the self-acclaimed master-strategist at his own game. The defunct ACN lost the last governorship election to LP in 2012 not because the candidate was not good or brilliant but simply because he was not a grassroots politician. Therefore for negative history not to repeat itself in Ondo state, Olabimtan is the best option for APC. If election is organized in Ondo state today more than sixty percent (60%) of the electorate will vote for Olabimtan. This is common knowledge and verifiable fact across the length and breadth of the state. Olabimtan has invested so much in the people over the years and naturally the people trust and believe him.

Olabimtan, at the risk of sounding immodest, is the aspirant that can guarantee victory for the APC at the next governorship election, no matter what trick or magic the incumbent intends to employ. You only need to move across Ondo state to listen to what people are saying about him. The civil servants and teachers are all yearning for him because he was one of them. He was a renowned labour leader that was punished several times while fighting for the right of his colleagues. As the Chairman of Teaching Service Commission (TESCOM), he employed over three thousand (3,000) teaching and non-teaching staff. All through the years he spent as Commissioner in the Federal Civil Service Commission, there was no ward in Ondo state that was not assisted through employment. There are two hundred and three (203) wards in Ondo state. More than half (50%) of the inhabitants of each of these wards know at least ten (10) civil servants (state or federal) that gained employment through Olabimtan. Instead of amassing wealth for himself or building castles he chose to build people by securing the future of our youths.

Olabimtan over the years has continued to show unparalleled kind-heartedness to people around him and humanity in general. Youths who have been gainfully employed by his rare commitment to human development and benevolence are countless across Ondo State. He is widely respected as a sincere party man with unwavering loyalty. It is common knowledge among all politicians in Ondo state now that the greatest threat to Mimiko in APC is Olabimtan because more than half (50%)  of the present members of PDP will actively work for and support Olabimtan should he emerge as the APC candidate. The reason for this is not far-fetched considering his commitment and passion for the development of his people. Simply put, Olabimtan is today the candidate to beat in Ondo state!

Ondo state like other states in the South-West except Lagos, is a civil service state.With due respect to Dr. Kayode Fayemi the former governor of Ekiti state, he lost to Fayose not because the latter was better but because the civil servants (mostly teachers) turned against him. In Ondo state if there is any aspirant that can guarantee and garner the support of at least seventy percent (70%) of the civil servant that person is Olabimtan because they considered him as one of them. If there is any aspirant in Ondo state who can secure the support of the youths and the middle class, that man is Olabimtan because he is accessible to them. If there is any aspirant that can secure clear and unquestionable victory for the APC in Ondo state today, that man is Olabimtan because half (50%) of the present members of the PDP will naturally vote for him. They know him better than the rest of us that pride ourselves as aborigine APC.

The GOOD thing about the present fortune of the APC in Ondo state is the presence of the likes of Olabimtan in our folds. I pray the APC delegates look beyond their personal and immediate gains and put the party’s interest first. The moment Olabimtan emerges as the candidate of the APC, marks the beginning of the APC reign in Ondo state. The BAD thing about the present fortune of the APC in Ondo state is the fact that most of the electorate who are seriously yearning for the emergence of Olabimtan have no say on who becomes the APC flag bearer. The UGLY part of the story is the fact that most of our delegates might be thinking of financial inducement instead of supporting someone that can guarantee victory for our party. This is a clarion call on all the APC delegates to look beyond personal gains and do the needful by supporting Olabimtan for the good of our party. I am convinced that Olabimtan is the personality among the crop of APC aspirants that can champion the course of making sure that the much desired change in the affairs of Ondo State manifest through electoral victories for the APC. As earlier mentioned, all other aspirants are eminently qualified but Olabimtan is the one that can guarantee easy, clear, unambiguous and unquestionable victory for the APC, come November 2016. This is our best chance and Olabimtan is our best choice!