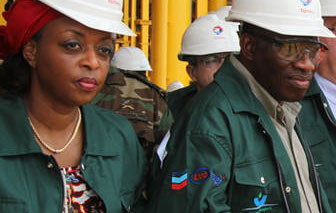 Dear President: You are a fraud and an impostor. You are a public servant of the Federal Republic of Nigeria who is masquerading as an Emperor who considers Nigeria to be his private fiefdom, which he can do with as he pleases. However, you, like every other person living in Nigeria, are required to respect and observe the laws of the country, but you have built your tyrannical empire on a fallacy of impunity. The idea that any public servant will not be held to account for their actions and can therefore act with impunity is frankly risible and has no basis in the reality of today.

As I write, your Attorney-General and Oil Minister are the focus of multi-jurisdictional criminal investigations into corruption at the heart of your presidency. One such investigation is that into the acquisition of the oil prospecting licence, OPL 245 by the international oil companies Shell and Eni. In the United Kingdom that investigation goes by the name “Operation Zaphod”. In Italy criminal proceedings were registered in November 2013 and are pending against some Eni executives and others who were involved in what the prosecution has described as a conspiracy to bribe Nigerian public officials. In the US, the FBI are working extensively to track any OPL 245 assets and monies. For example $10 million dollars of OPL 245 funds have been successfully tracked to the former Attorney-General Bayo Ojo’s account in the US. Ojo not only returned the licence to Malabu in 2006 but is also known to have been involved in the subsequent efforts to transfer the licence to Eni and Shell.

As your Attorney-General, Finance Minister and EFCC Chairman can attest, I was a party to the filing of the complaint in Nigeria, Italy, UK and US. I am familiar with the case and, I can assure you that the Italians, the Americans and the British are working closely together to ensure that anyone who improperly benefited from this corrupt deal is brought to book. Extensive efforts are being made and have been made to track all monies and assets related to the deal. In addition to the $10 million referred to earlier, other items that have been identified range from a high value aircraft, to lower valued items including armoured cars and the shotgun that was purchased from Holland and Holland in London. Furthermore, some $190 million has been frozen in the UK and Switzerland at the request of the Italians.

Any former or current Nigerian public servant that believes that they can act with impunity in office simply because that was the way it used to be are living in the past. We live in a global world now and we have and will continue to ensure that wherever possible other jurisdictions are mobilized to act against those that would seek to loot public funds. Ibori who was cleared in Nigeria, is now doing time in England and efforts to recover his assets are in full swing. The US private equity firm, Emerging Capital Partners (“ECP”) that helped him to launder some of his assets are now facing multi-jurisdictional investigations and have now being formally interviewed.

In the same vein those who are leading the efforts to deceive Nigerians and others into believing that the $20 billion is not missing and the Sanusi allegations are unfounded are simply deceiving themselves. In this respect, I am challenging your corrupt Finance Minister or any other public servant to publicly declare that the monies did not go missing. I can assure you that we will seek for the prosecution of any such person on the grounds that they are accessories to the theft. I can also assure you that in the same way that ECP is now being investigated for its role in Ibori’s money laundering, the private equity firms Actis and Investec will also have to account for their investment in Seven Energy. Nigerians may have focussed themselves on the missing $20 billion, but we have now moved beyond that onto other matters including the oil mining licences that were granted to Seven Energy and Atlantic Energy. In this regard in addition to the private equity firms referred to earlier, Philip Ihenacho, Scott Aitken and others will have to account for their actions. In the case of Scott Aitken he will also have to account for other actions he took when he was at Weatherford.

In the same way that we have instigated investigations into OPL 245 and ECP we will continue to work to ensure that those responsible for looting public assets will be brought to book with or without the assistance of any Nigerian government. The biggest impediment to development is corruption and your record in fighting corruption is so abysmal as to suggest that your policy is to institutionalize the tyranny of impunity on which corruption thrives. This is clear evidence that you are not the one to move our nation forward and God willing you will be overthrown at the polls. I can assure you that any efforts to deny the will of the people in the coming elections will be stoutly resisted. Your presidency has cast a dark cloud over our beloved country and you and all those that have played a role in bringing us to this sorry state will surely be held to account.

How France’s Overthrow of Africa’s Gaddafi is ...