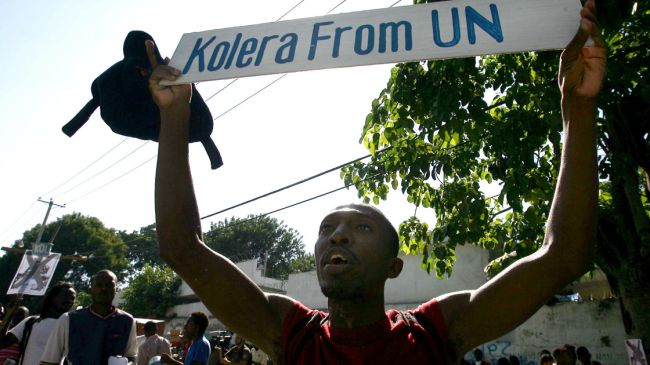 Haiti –  A few thousand protesters allied with Haiti’s opposition are marching through the capital’s streets demanding the chance to vote in legislative and local elections that are three years late.

Demonstrators started their march in a downtown slum that is a stronghold of the party founded by ex- President Jean-Bertrand Aristide.

The flag-waving and chanting protesters made a rare trip to a hillside district that is home to many wealthy Haitians. Riot police guarded hotels, shops and the country’s elections office. By early afternoon, the Sunday march was largely peaceful.

Elections overdue since 2011 had been scheduled to take place Sunday. But the vote has been postponed due to an electoral stalemate between the government and six opposition senators.