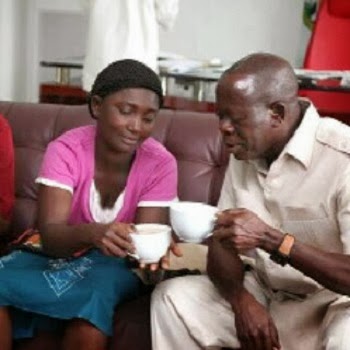 Following revelation by Elombah.com on Edo State Governor auto crash in which he was secretly flown to London for treatment, Nigerians have reacted by telling him to go and die. The News which broke last week saw Nigerians commenting with few sympathasing with him on his misfortune.

According to Nigerians, he was only paying the price of what he wished the widow who he told to “go and die”. The governor who is battling for survival in a secret London hospital had earlier told the world through his media aides that he was hale and hearty on for Elombah.com to investigate and realized that he was badly injured in the accident.

Many Edo residents had waited for hours on New Year day, expecting him to make his annual New Year speech as well as visit the hospital, but were disappointed that the Comrade governor was nowhere to be found. While his media aide have tried to keep his illness secret, Edo residents are angered wondering why a man who claimed to have built modern hospitals will fly abroad for treatment and keep it secret.

A Journalist contacted by this reporter on phone for information simply laughed saying “Fejiro, you don start again abi. So your New Year resolution is for you and Elombah to expose Oshiomhole after you have finished with Governor Obi? I heard it first from you guys that he was flown abroad and while it may be true; I cannot confirm that at the moment”

Views of author may not reflect Newsrescue official editorial policy