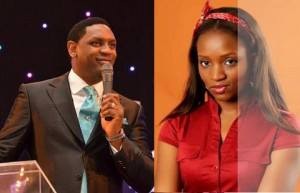 It has been more than 4 months now since pastor Biodun Fatoyinbo of COZA ministries promised a “robust reply” to the scandal of sex allegation made against him by Miss Ese Walters, has anyone heard any reply at all? I gather he is still preaching and people are still going to his church.

My question is: where or when does one draw the line between an erring pastor and a “false prophet”? Before you belt out “touch not my anointed and do my prophet no harm” may I quickly remind you that the Bible says to test all spirits? At what point did this pastor transform from a mere man into God’s “anointed” pastor? As far as I can see, all pastors claim that God has called and anointed them, and they are believed without any questions asked or undergoing a test. That’s the best evidence anyone ever gets: self-proclamation!!

It’s not their mistakes or failures that one is concerned about, pastors are but humans and are liable to err like the rest of us; it’s the lack of accountability, humility, and abuse of trust that irks. Pastor Biodun has neither come out to deny the allegations nor shown contrition for abusing the trust of thousands of his followers. In spite of his attitude, his die-hard followers continue to bless him with their tithes and offerings, as they “catch” his anointing every Sunday. I hope he would show them some respect by coming clean with his “robust reply” soon. Better late than never, I’d say.

Back in August 2013 when the scandal broke out, I wrote a short article for Sahara Reporters which I feel inclined to share again now. Follow this link please: http://saharareporters.com/article/eight-nuggets-wisdom-ijabla-raymond

For those who have forgotten the story and what Pastor Biodun said, these weblinks should refresh your memories.