National Chairman of the Peoples Democratic Party, Alhaji Bamanga Tukur, has said members of the Islamic sect, Boko Haram, are fighting for justice.

According to him, many Nigerians feel aggrieved and seek various means of airing their grievances.

Tukur, who spoke in Abuja on Tuesday when he received members of the party from Gombe State, said there must be justice in the country for peace to reign.

He however regretted that the activities of the sect were preventing some northerners from traveling to their home states.

Tukur said there was no way angry people would control their anger when there was nothing on their stomachs.

He said, “Let there be peace in the North so that we can have security.”

Related: NewsRescue- Benin Arrest: “I Was Linked With Boko Haram, Jonathan Got Me Out” — Dokubo

“People feel aggrieved. They are angry because they are hungry. Unless we remove the hunger, we too may not be able to rest.

“We should remember that a child who says his mother would not sleep will also not sleep.”

The former governor of old Gongola State said he accepted to be honoured by the members of the party from the North-East on Saturday in his village because he wanted people know that things were not working well with the people in rural areas.

He said, “People would be wondering why I took the reception to my village in Jada. And they would be asking why not a place like Abuja, where we have good roads and all that.

“I did so, so that people would know what is happening in rural areas. Those that were there must have seen the bad roads. We must help people who cannot help themselves.”

“That is why we are in government. You cannot do anything unless you are committed to it. We must build this party on equity and justice.”

Earlier, Gombe State Governor Ibrahim Dankwanbo, who led the delegation said the members came to show their loyalty to the leadership of the party.

NewsRescue Editorial comment– We believe this man should be in jail for making such a statement that supported and induced terror. This deliberate public statement clearly assisted the cult in garnering support and recruits. Nigeria and the United States have proscribed Boko Haram as a terrorist organisation. Nigeria’s government is also indicted for being complicit about this public statement in 2012; it has directly aided the campaigns of terror of Boko Haram cult. 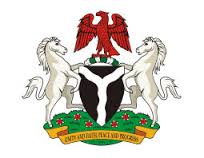