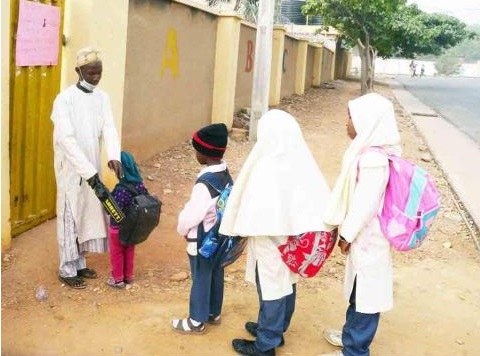 We were sent this image of the sad way school pupils are screened for bombs in parts of the northeast where schools are still trying to function. This one is from Yobe. Schools have been closed for two years in Borno state, worst hit by Boko Haram terror that the Jonathan government cannot combat.

The below image from World mic, shows global estimates of the increased deaths by Boko Haram over the years. the image is grossly underestimated as it only relies on deaths in the news. True figures may be more than 84,000 from unreported numbers in Boko Haram occupied territory. 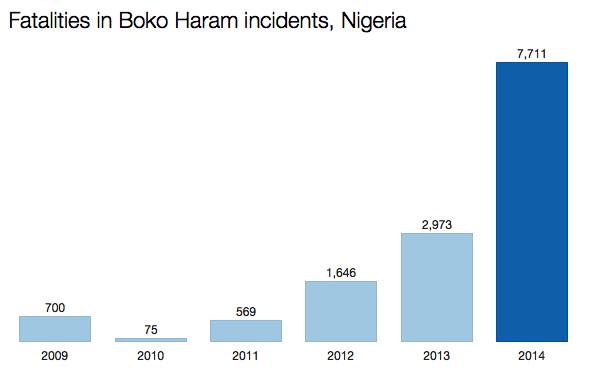