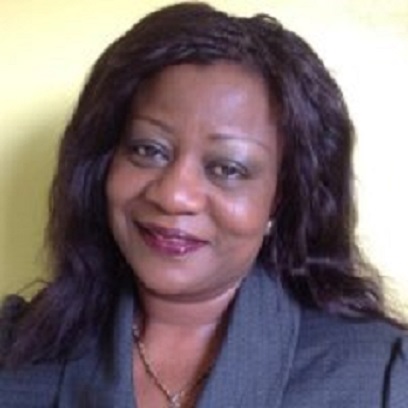 How could we forget how millions of jobless Nigerians were lured with promises of jobs with the immigration authorities in Nigeria? How stadia across the nation were used as death traps for some unsuspecting young job seekers who had paid to be killed in their quest for an opportunity to earn a living. Till date, no one has been brought to books. But they were Nigerians and those of us who survived that ordeal must not forget it. We must remember it on the 14 of February 2015. We must get our pound of flesh by voting for those who can bring justice and closure to Nigerians.

How could we forget how we woke up one morning to find, floating on Ezu River, decomposing bodies of nearly 60 Igbo youths! And what was their crime? They, as members of MASSOB, had staged a peaceful protest, rights enshrined in our constitution. The massive cover up and deliberately bungled investigations must always come to mind. The inability of the Nigerian police under the irresponsible leadership of President Jonathan (PhD?) to serve justice remains a dark spot for Nigerians, particularly Ndigbo and the immediate families of these youngsters. We must remember that his name is not Ebele (Mercy)! He has not sown any mercy in our land, he cannot reap any mercy now. We must not show him any mercy because whatsoever a man sows, he reaps!

How can we forget the massacre of innocent Nigerians in the North East who were caught in a war of supremacy within the PDP hierarchy? Those who survived are now refugees in Cameroon, Chad and Niger Republic. Others are now called Internally Displaced People (IDP). These set of Nigerians may not be voting in the forthcoming general elections. Not only do they not have a place they belong to, there are chances that they are about to be disenfranchised. All Nigerians who can vote, must speak with their votes for these Nigerians. We must cast our votes for the man who can bring justice in all matters relating to those Nigerians that have been abandoned and neglected under the useless government of President Jonathan (PhD?)

Who can forget the reason for the fuel subsidy scam protest that saw millions of Nigerians in a bold move to confront a corrupt government that sits, dines and wines with criminals it should permanently put away. We will remember the anger, the frustration and the pain we felt towards those who have taken us captive in our nation. We must now take our revenge by rejecting them at the polls. It’s payback time. They must now be left to stew in their own juice.

We cannot forget that this government that promised to revive our nation and pump in some fresh air to sanitise the environment, has done nothing but steal, no, loot our common wealth. We cannot forget this government that prefers to hire attack dogs for the purpose of forging documents and churning out fake stories aimed at dividing Nigerians along ethnic and religious lines. The truth is that President Jonathan (PhD?) is clueless and has no plans to tackle the issues that are important to Nigerians. He has no authority nor control over the looting gang he hired to run a nation of intelligent people. We must remember that we are Nigerians. We have a nation that desperately needs to be recovered from the evil grip of an ineffective, inefficient, clueless and mediocre bunch.

Under the watch of Pres. Jonathan (PhD?) , women and girls are being abducted regularly, taken away from their families and familiar environment with no plans to look for or recover them. A government that has failed in its duty of care towards its citizens has no moral justification to ask for our votes for re-election. The PDP-led government has shown apathy towards issues concerning Nigerians. They have turned deaf ears to our cries. They have served us doses of poverty, injustice and rendered mediocre or no services at all. They have served their greed, satisfying their inordinate desire for primitive accumulation of ill-gotten wealth rather than serve Nigerians.

They have arrogantly turned deaf ears to the outcry of our foreign friends. From far away America, Mrs Hillary Clinton, the former US Secretary of State in separate events in New York City said the Nigerian government under President Goodluck Jonathan, squandered its oil resources, and indirectly helps corruption to fester in the troubled country.

“Nigeria has made bad choices, not hard choices”.
“They have squandered their oil wealth, they have allowed corruption to fester and now they are losing control of parts of their territory because they wouldn’t make hard choices.” – Hillary Clinton