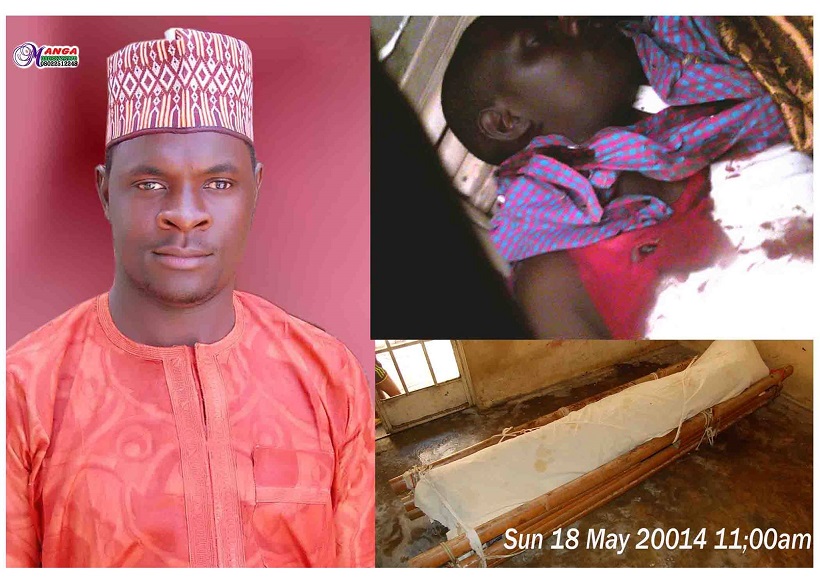 A really sad event occurred in Maiduguri today and led to protests in the capital of Borno State. At 11am today we reported how soldiers fired shots at a three wheel transport motorcycle, ‘keke Napep’ that was trying to pass a lane limited to cars under the emergency rule, killing an innocent civil servant and civilian JTF member standing under a tree nearby, ‘buying kola-nut,’ as we have been informed.

The young man killed was Yusuf Sulaiman, 28yrs old, working at the Judiciary. Protesting youth stormed the Shehu’s Palace.  Later Col. Hassan of the Nigerian army went to the victims house to placate the family and take pictures of the late victim, but youth refused him entrance.

These are images of the riots in Borno today as well as the young man who was killed. 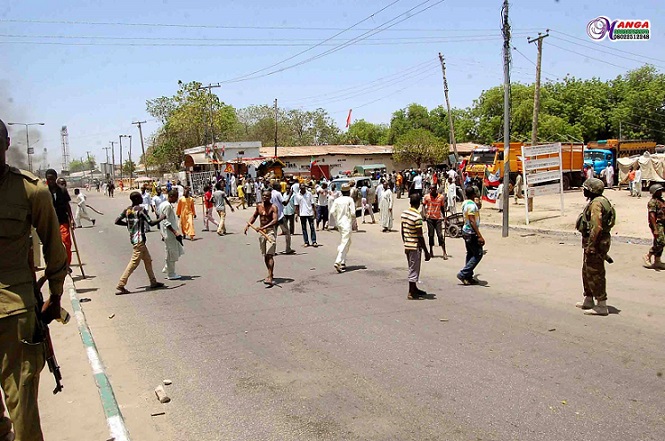 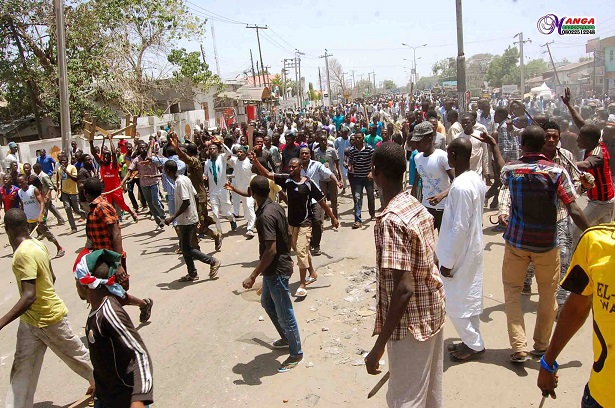