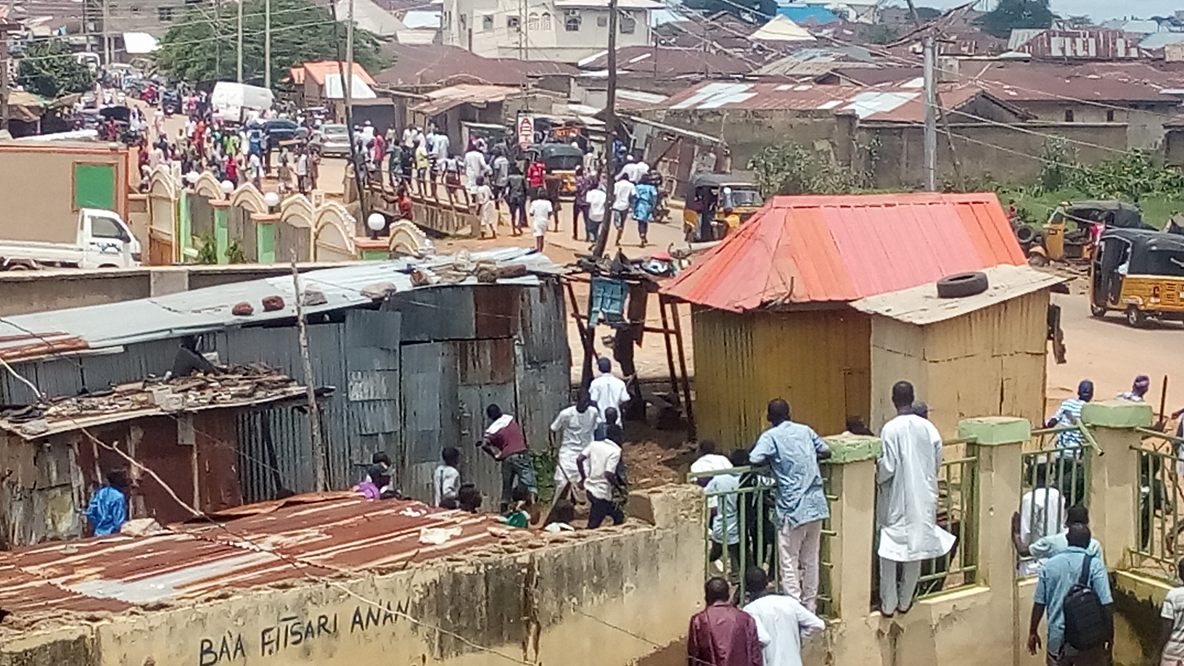 A clash between youths of different communities from Kwanar Mobil, Famfon Gwaiba at Tudun Wada area and Kwarin Dangoma at Tudun Jukun area of Zaria, Kaduna state has left one person killed in the wee hours of today.

The youths were armed with machetes, stones and other local weapons continued the fight which started yesterday due to a cause which is still unknown till the time of filing this report. The youths barricaded the road leading to ‘GASKIYA’ area of Danmagaji all in Zaria local government. Despite Police Office command around the area of the clash, the youths continue the crisis for about 20-30 minutes without security interference.

After an hour, men of the state police arrived the scene and started shooting sporadically to disperse the crowd which led to lost of life where the police killed one person in name Bashar. Bashar who was killed left one wife and a daughter.

The police continue to lay a siege at the area, where five hilux cars of mobile police (MOPOL) arrived the scene. Members of the Nigerian military also arrived the scene of the incident, they make a house-to-house search in Kwarin Dangoma, Tudun Jukun Area to arrest the parties involved, as this report was gathered nobody was reportedly arrest.