The Presidential Campaign Organisation of the Peoples Democratic Party (PDP) yesterday accused General Buhari of lying under the oath over his certificate, and demanded that he should be interrogated and prosecuted for perjury.

Director, Media and Publicity, PDP Presidential campaign organisation, Chief Femi Fani-Kayode at a press conference in Abuja yesterday, said Buhari lied in the affidavit he swore to in which he claimed that his credentials were in the custody of the military.

They also condemned the hurling of stones at the convoy of President Goodluck Jonathan in Katsina by those they alleged to be supporters of the APC, stating that Buhari and his party will be held responsible if anything untoward happens to the PDP presidential candidate or his supporters during the course of this campaign.

Speaking against the backdrop of Buhari’s defence over the certificate controversy, Fani-Kayode said: “The implication of the action of this so-called “Mr Clean” is nothing but perjury and we all know that this is grave criminal offence under our laws and constitution.

“We urge Buhari to do the right thing and tender an unreserved apology to the Nigerian people, throw in the towel and report to the nearest police station for interrogation and prosecution.”

Fani-Kayode noted the Buhari had insulted the collective intelligence and integrity of the Nigerian people and urged the Nigerian Armed Forces to consider the possibility of stripping him of his rank and privileges, alleging that he was not qualified when he joined the army. 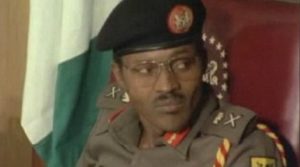 “At best Buhari should never have been anything more than a non-commissioned officer,” he concluded.

On the stone attack of President Jonathan’s convoy in Katsina, Fani-Kayode warned that “if anything untoward happens” to the president or his supporters given the attacks of PDP campaign train in the north, “we shall hold Buhari and his party responsible and the consequence would be grave, unimaginable and far-reaching.”

Fani-Kayode remarked that the Katsina incident was the first case of violence unleashed on the PDP candidate by Buhari’s supporters after the signing of the historic Abuja Accord by the presidential candidates of all the parties participating in the election.

“The purpose of that accord was to discourage violence before, during and after the election?” he noted.