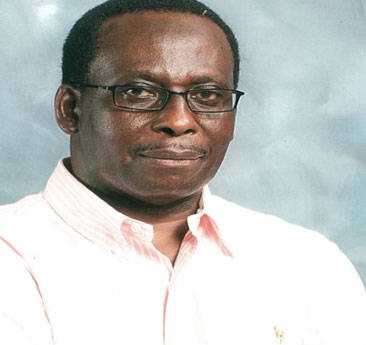 The practice of democracy does not in any way guarantee that the government will always do what is best in the public interest. However, the curious fact remains that if a government is thought competent, its orders are readily obeyed without the use of power.

Soon after the birth of the Jonathan Presidency, we were given a foretaste of the form of power in the political kit bags of our new masters in the most ferocious and wicked application.

One of the latest misused and misapplied political powers of President Jonathan is the new role assigned to the Nigerian military in electoral democracy. Literally, the military has usurped the constitutional and civil functions of the police in the maintenance of law and order during campaigns and elections.

The two recently concluded gubernatorial elections in Ekiti and Osun States witnessed the deployment of military armada ordered by Mr. Jonathan in his capacity as the Commander-in-Chief of the Armed Forces.

The reason given by Mr. Jonathan was to ensure “free and fair” elections. But in reality, the objective of Mr. Jonathan and his ruling PDP majority is to harass, molest, intimidate, arrest, and detain members of the opposition party and the press. In some cases opponents and journalists were beaten and the general public was deprived of freedom of movement.

Mr. Jonathan as a Ph.D holder and given the history of the military in Nigeria’s political history should know that the constitutional role of our military in electoral democracy however limited is undesirable. Historically, military interventions in Nigeria meant the establishment of a military dictatorship not the preservation or promotion of constitutional democracy.

Our military is an hegemonic institution with a strong appetite for political interventions and hostile takeovers. The military wields its constitutional powers not to further democracy, but to hinder it. Our military is not known for democracy-promoting role.

For the first time in our electoral democracy, Mr. Jonathan is on record to have initiated and promoted self-appointed military and civilian dictators. Mr. Jonathan has subverted the Constitution by his use of military in constitutional matters such as elections, the rule of law, the system of justice, and transparent governance.

The military similar to the Nazi Gestapo, especially in the brutal suppression of opposition during the Ekiti and Osun gubernatorial elections, is coercive, above the law, and civil society is below it, and ordinary Nigerians are out of sight. The use of the military as oppressive tool against opponents by Mr. Jonathan will invariably lead to what Bertrand Russell call “the recrudescence of ancient evils: slavery, bigotry, intolerance and abject misery for the majority.”

It is common knowledge that our military is not an institution that distinguishes the values and principles of electoral democracy. The military is antithetical to core principles of democracy. Democracy is driven by the interest of the ordinary people. It gives the people decision-making power. It empowers the masses, makes more government accountable and less corruptible.

The use of military negates political mobilization during campaign and during elections. The military fosters patron-client chains, parochial identities, bribery and intimidation. It is not surprising to see that voting becomes a metaphor for powerlessness and exploitation. No wonder, the military has turned elections in Nigeria into bondage.

Our military has no regard for legitimacy or legality, but for expediency. The involvement of the military in electoral democracy is not conducive to democracy because politics becomes a warfare.

Nigerian military is nothing but a highly specialized apparatus of violence with no civilized values. The military is a tool of violence, democracy is a means of consensus building. Democracy enjoins participation, the military demands submission. Our military has proved useless and worthless.  It is only a tool of internal repression. It is redundant against a credible external threat.

In a news story last week in SaharaReporters, Nigerian troops fled Gwoza as Boko Haram captured tank and driver and one of the commanders, Lt. Colonel Agu whereabouts was unknown. It was the second time within 24 hours that Nigerian soldiers were beaten to a retreat by Boko Haram in an attempt to retake Gwoza where the terrorists killed over 100 civilian and several soldiers, says SaharaReporters.

It’s over 100 days now and Mr. Jonathan has failed to use the same military in securing the 300 abducted Chibok girls. According to news report, over 173,000 security personnel was dispatched to Osun State. Power not only corrupts, it also dissipates. A good leader reads the situation before he leads.

One effective way to discourage and dissuade Mr. Jonathan from using the military as his political toy, is to abolish the civil control and oversight of our military by the executive branch of government. Responsibility for oversight must be shared equitably by the legislature, the public and the press. Defense objectives, military budgets, and military deployments must be debated and approved by the legislature and the public.

Nigerians are also to blame for allowing Mr. Jonathan to use the military to trample upon their human rights, civil rights, and electoral rights. Because of their docility and opportunism, Nigerians lack the courage to put up any resistance to stop Mr. Jonathan from using the military to intimidate them.

Nigerians are very submissive to the ruling class. They corrupt the politicians by granting them the liberty to abuse them. They worship them, they submit to all forms of indignity in order to receive crumbs thrown at them. They don’t know what democracy is all about and how to be democrats.

Mr. Jonathan should desist from injecting himself into gubernatorial elections under the guise of promoting “free and fair” election. What then is the job of INEC? If INEC could not mobilize and deploy the powers and resources granted it by the Constitution, then it’s of no use and should be scrapped immediately.

There are other democratic options on the table for Mr. Jonathan to insure free and fair elections: strengthening of democratic institutions such as the judicial system, foolproof voter ID cards and other election materials, criminalizing “stomach infrastructure,” establishment of State Police, non-involvement of political thugs parading themselves as ministers, etc.

When democratic institutions are weak, elections are easily used by violent and dictatorial government like the PDP in power to manipulate the will of the people and seize control of the government.

Democracy is a liberal political system based on freedom, its main vehicle – election – should not legitimately be used to impose tyranny or foment violence. Elections are the sine qua non of democracy. Elections alone cannot establish or sustain democracy. Other essential elements such as consent of the governed, constitutional limits, the protection of human and minority rights, accountability and transparency, a multiple party system, economic freedom, and the rule of law must be guaranteed.

Justice entails discipline and rigorous commitment to equality. So far, Mr. Jonathan’s actions and decisions in the use of military in electoral matters portend ominous and calamitous extremes. Should this trend continue with the same vigor and fervor, he will automatically become Commander-in-Chief of ancient of evils.