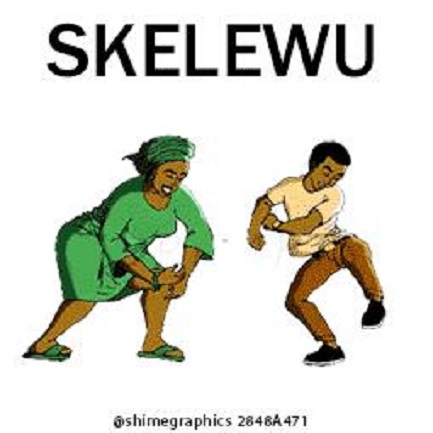 With the victory of Governor Rauf Aregbesola of the All Progressives Congress (APC) in yesterday’s Osun State gubernatorial election, and with the defeat of the Peoples Democratic Party (PDP) in its attempted coup against the popular Nasarawa Governor, Alhaji Tanko Al-Makura, the days of PDP at the centre have become obviously numbered. Aregbesola won majority of the poll with 394,684 votes as against the 292,747 polled by his closest rival, Senator Iyiola Omisore of PDP. In view of the failure of all the plots to rig the Osun election; intimidation and arrest of key APC Chieftains by the PDP-induced security agents and with the failure of the attempt to corrupt INEC officials, PDP should hide its ugly face in shame. We heartily congratulate Governor Aregbesola on this epochal victory.

With all of PDP’s rigging strategies now exposed, President Goodluck Jonathan should do himself some good by resisting the temptation to lure him into the 2015 presidential election. This is necessary if he is to avoid open disgrace by becoming the first President in Nigeria to contest an election and lose such an election. Besides, Mr. President is fully aware that he is not qualified to contest the 2015 election after spending six years as President. Already, Nigerians have vowed to disgrace PDP for the hardship the party has brought upon them apart from not securing their lives. We, therefore, advise President Jonathan, if he cares, to distance himself from the 2015 general election and use the few remaining months of his tenure to see how he can redeem his battered image and save our nation more heartache.

The election was, in a way, a victory for River State and the State APC Leader, Governor Chibuike Rotimi Amaechi, Chairman of Nigeria Governors’ Forum (NGF), who directed that the mistake of Ekiti State should not be allowed to play out in Osun. In this regard, Dr Davies Ikanya the Rivers State APC Chairman who relocated his office to Osogbo for over a week to represent the Rivers State Government and to ensure the execution of the election according to the wishes of Governor Amaechi described the election as victory over fascism and nepotism represented by PDP.

The above is the introduction of a statement issued by the Rivers State APC Chairman, Dr. Davies Ibiamu Ikanya, at Osogbo, capital of Osun State on Sunday. Dr. Ikanya, who was part of the APC Victory Team in Osun, further stated: “I have been exposed to the new tricks of PDP’s rigging machine. Probably, they will like to perfect them during the 2015 general election but with what we have seen happen in Osun, we will go home to strategise and ensure that PDP’s evil manipulation will never go unchecked again in Nigeria. In short, with what I have observed, PDP cannot win a single State in any part of Nigeria, including President Jonathan’s Bayelsa State, in a free and fair election. With the resolve of most key APC Leaders, I am convinced that it is bye-bye to the PDP visionless government under the present leadership at the centre.”

Chief Asondu Wenah, an APC Chieftain and the Rivers State Liaison Officer in Lagos captured the Osun election result in these philosophical words: “Today in Osun State, light has defeated darkness, truth has crushed lies, ideas have defeated mediocrity, political idiocy has given way to political maturity and today hard work has decimated foolishness and bravado.”

An excited Hon Dakuku Peterside, Chairman of the House Committee on downstream Petroleum of Federal House of Representatives described the outcome of the election as exposure of the Osun people as very principled and patriotic Nigerians who cannot either be bought or intimidated by tyrants marauding themselves as democrats. He went further to state; “God’s word can’t be broken.”Victory is not won through the number of chariots or horses of war but through wisdom and God’s backing. i see very bright days ahead of APC. Days when God will subdue the pride of the ungodly (PDP) and honour the mocked, persecuted and rejected (APC) and make Governor Amaechi a sought after “bride”. With the result of the Osun’s election, Governor Amaechi has nothing else to prove to Nigerians that he is a true nationalist and patriotic one, Chief Peterside enthused.

In Port Harcourt, a victory dance broke out immediately Governor Aregbesola’s victory was confirmed. Leading the celebration was the Chief of Staff to Governor Amaechi, Chief Tony Okocha, an APC Chieftain, who threw the gates of his palatial mansion situated at the Old GRA, wide open to all comers for good music, as well as assorted food and drinks. According to Chief Okocha, “Today is the happiest day of my life as the Osun result declares the immediate demise of PDP, whose presence in Nigeria has become a curse and bad luck to Nigeria and Nigerians. Things have gotten so bad that no family in Nigeria can be sure of seeing tomorrowas their lives are no longer secured, apart from the few operating this government that is doomed to be chased out by the Nigerian masses in 2015. Let Nigerians celebrate as their freedom from a visionless, clueless and misguided government is at hand. The Lord is good. It’s confidence restored. Congratulations to all agents and adherents of change

We salute the great people of Osun State for giving us hope that together, we shall in 2015 free Nigerians from an inept government and enthrone a people-oriented government that will utilise our God-given resources for the development of our nation instead of the few currently oppressing and looting our common patrimony with impunity. I sincerely salute Governor Amaechi for the great role he played to ensure that Osun State did not fall into the hands of PDP, whose mission was to wreck the State and take it back to the days of darkness. My commendation also goes to the People’s Governor, Ogbeni Rauf Aregbesola, who has proved that he is truly a lion, a great mobilizer, a political bulldozer, a man of the people and most importantly that he is on ground. I am happy to award the Governor the title ofTiger of our democracy.

We pray that every State in Nigeria will replicate what has happened in Osun. Together, let us end this government of impunity and visionlessness, not only for our sake but, more importantly, for the sake of our children and our children’s children.” Chief Okocha concluded.