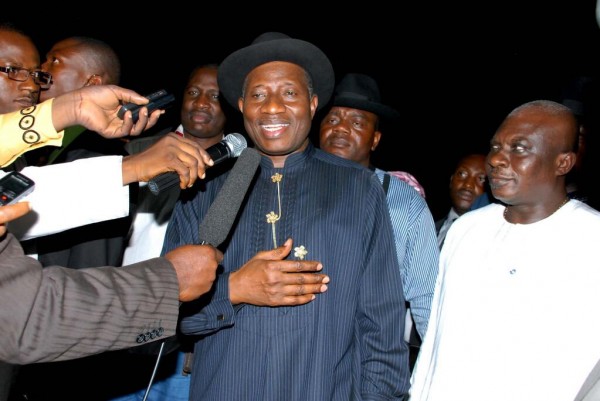 The approval by President Jonathan on the termination of the appointment of Ms. Aisha Umar as his Special Assistant on Social Development was released in a statement by Mr. Sam Nwaobasi, the Special Assistant (Media) to the Secretary to the Government of the Federation, Senator Anyim Pius Anyim with Ref. No: PPR/OSGF/PR/02.

According to Nwaobasi’s statement, the termination of Umar’s appointment was “with effect from the November 25, 2013.”

The statement did not indicate why Ms. Aisha Umar was sacked.

NewsRescue editor– It is possible the president is struggling to find out who exposes his every move to the press; most urgently after the press described upset Ministers reporting him “eloping with the Minister of petroleum, Diezani Alison-Madukwe in the UK,” which has been obviously very damaging to his reputation and possibly his marriage. The press also reported that he got drunk-sick after his 56th birthday celebrations, attributing this to his hospitalization and missing the investors’ council meeting he went to attend.