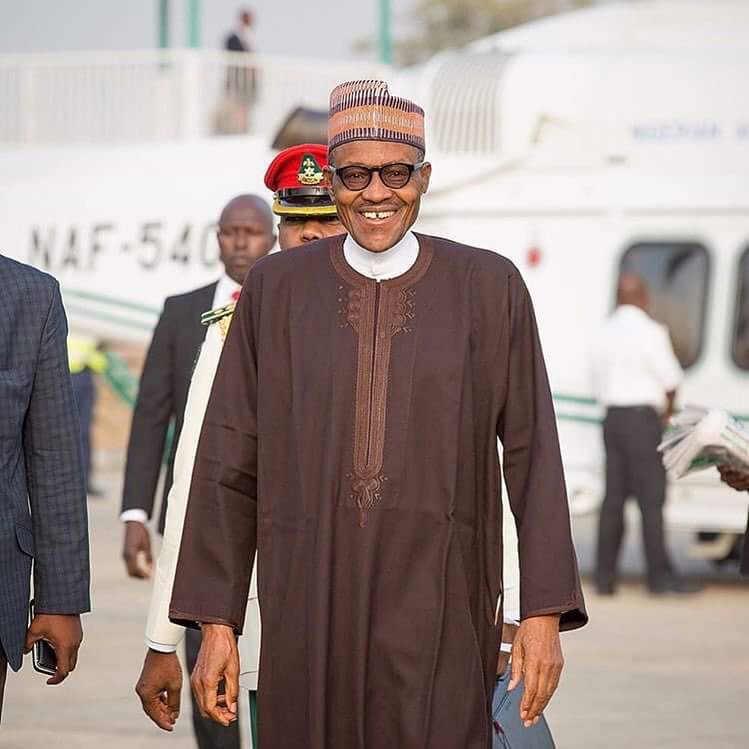 As soon as Justin Trudaeu was declared Canadian prime minister-elect after the elections in October 2015, he made it public that upon swearing-in in weeks on 4 November, he would be announcing his cabinet. True to his word, he did. Canada for the very first time in its history had a cabinet with the highest diversity; also 15 of 30 ministers were women, another first. When asked why half of the ministers were women, he simply answered ‘Because it’s 2015.’

After President Buhari was sworn-in on 29 May 2015, he said nothing about appointing ministers, leaving room for all sorts of ‘ministerial lists’ to be flying all over cyberspace. It was in a Washington Post op-ed he did while visiting the US in July that he broke the silence, that his ministerial list would be out in September. I personally don’t understand why Nigerian presidents prefer making important announcements to others when abroad for Nigerians’ consumption, instead of the other way round. Maybe somewhere they feel they owe Nigerians nothing, but owe foreigners — especially if they are white — accountability.

Well, this obvious aberration was ignored. We said, it wasn’t a problem, if it meant taking 1 year to get us the best of the best, it wasn’t an issue at all; this Change must happen, and it starts with the right team. Even if it meant getting some 20-year-old undergraduates to do the job we were ready. We were tired of mediocrity and were willing to pay whatever price to get it right, for once.

However, he had already taken some missteps in choosing his media team, led and coordinated by the duo of Femi Adesina, senior special adviser to the president (media and publicity); who was formerly a newspaper editor (vastly different from being a PR man), and head of the Nigerian Guild of Editors (NGE). I must admit that there was nothing to write home about his NGE, or his work as editor-in-chief of The Sun, which early in 2015 published a scandalously sensational and outrightly unethical piece of cover advert against Candidate Buhari which ‘prophesied’ his imminent death, among other unprintable things.

Garba Shehu, senior special assistant to the president (media and publicity) on the other was arguably the very best PR man Nigeria had. He had been former vice president Atiku Abubakar’s spokesperson for over a decade, and did an excellently exceptional job presenting him, when he was VP, whenever he was running for president, and during the off seasons. The truth must be told, Atiku’s campaigns were the best branded and presented hands down! After Candidate Buhari won the APC primaries, I repeatedly said that if Atiku could loan us Garba Shehu, making it to Aso Villa would be fait accompli. He did loan us, and we did win.

However, as soon as the appointments were announced trouble began. In the State House release which Garba Shehu signed, it was obvious that there was bitter rivalry and an emerging cold war — not good for team work. The release stated that whereas Femi Adesina was the current NGE president, Garba Shehu had held that position almost 2 decades prior, and other subtle hints of Shehu being better than Adesina. It went further to say both of them were the new president’s spokesmen: 1 president, 2 spokesmen.

The very first error the media team made was to say that by President Buhari and his deputy Vice President Osibanjo merely completing and their Code of Conduct Bureau forms declaring their assets, they ‘may have fulfilled their campaign promise’ Shehu said. No sir! The promise was to ‘publicly’ declare their assets, not fill and submit forms as required by law. By obeying the law they weren’t doing anyone a favour. This for me began my questions about what we had gotten ourselves into. Did the spokesman honestly mean that a president and deputy obeying the law was doing anybody a favour? Did the spokesman honestly think that secretly filling and submitting forms was same as publicly declaring assets? Did he think that after all the sweat, tears and blood, Nigerians were ready to be again taken that much for granted? Would we have to be on the new government’s neck to be honourable in keeping its words and fulfilling campaign promises; and where humanly impossible to explain why it wasn’t feasible?

The worst side of this utter fiasco was the fact that everyone knew that the president and deputy weren’t rich people, they earned their modest assets honestly, and this was part of the reason they were elected in the first place. Why then make the issue of their assets a big deal? I wondered.

After months of needless to and fro, the media team was to publicly state a summary of assets after the harm had been done. The president was said to have ‘under N30 million in his bank account’, and a few houses including in Abuja. ‘Under N30 million’ is not a figure, and no valuation of the properties was given including at least the description and location of the house in Abuja to allow for estimation. Well, Nigerians weren’t interested, all we wanted was for them to attempt to come clean, and that was it. We moved on.

Outlining this presidential media team’s goofs would fill volumes, and is a full-time job. They are too many. Where does one start? Is it the arrogant unprofessionalism of Femi Adesina descending to the arena of name-calling the opposition and characterising them as ‘wailing wailers’, instead of respecting them as citizens and therefore employers of his own boss the president and explaining matters line by line with facts? If he were a private citizen, or spokesperson for the opposition, it could’ve been understandable. Certainly not as the spokesman of the institution of the presidency! His equally mediocre predecessor, the outgone president’s senior special adviser (media and publicity) Reuben Abati had gained notoriety for characterising all voices of dissent to their government’s bad governance as a ‘tweetering [sic] collective children of anger’. I guess Adesina was competing with his predecessor and wanted to also be remembered for some expression, good or bad.

Or is it when on World Refugee Day on 8 August last year when whereas Nigeria having 3.3 million internally displaced persons (IDPs) — the highest in Africa and third highest in the world, according to official records (which we all know are usually grossly understated) — the media team gave no thought to this monumental tragedy but was proud to gleefully share images of the president attending to his cattle in Daura his hometown. When you mirror the image of a president not saying anything about human beings, Nigerian citizens living under subhuman conditions, but rather catering to cattle, it communicates his priorities. Maybe that isn’t the fact, but that’s what his media team knowingly or not communicated. Incidentally, no government ministry, department and agency (MDA) said anything on the refugees or IDPs that Saturday. That said so much.

Fast forward to these recent manifestations of crass mediocrity which were glaring when the president was on his numerous travels, this time on a state visit to Kenya. The best way of being up to speed with what was going on in Kenya on those days of the visit was to follow @UKenyatta, President Uhuru Kenyatta’s Twitter account. This platform provided minute-by-minute updates on what was going on, with images. Any time President Buhari was to present a speech, a link to the speech would be provided, enabling anyone interested to read it as it was going on, real-time. That is how Nigerians and others who were interested in knowing what the president was doing in Kenya got to know: by following the Kenyan president’s narrative. There is no comparing President Kenyatta’s media team with this mediocrities we have as a presidential media team. It is glaring. When one speaks of the White House or Number 10 media teams, apologists are quick to justify the gaping difference. So what about Kenya?

This is so much for carrying citizens along in order to achieve the promised Change!

After months of waiting the list of ministerial nominees was submitted to the senate for confirmation hearings at the eleventh hour, after working hours on 30 September 2015.