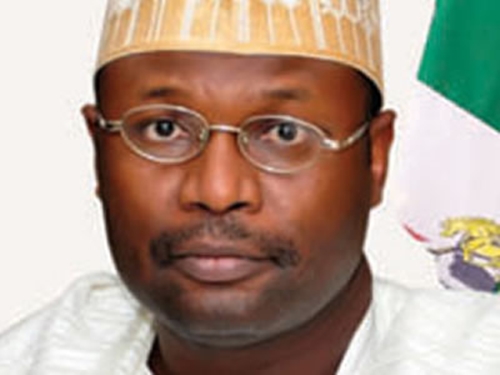 “What happens first always appears better and more original than what comes after. If you succeed a great man or have a famous parent, you will have to accomplish double their achievements to outshine them. Do not get lost in their shadows, or stuck in the past not of your own making: establish your own name and identity by changing course. Slay the overbearing father; disparage his legacy, and gain power by shining in your own way.”—Avoid stepping into a great man’s shoe; Law 41 of Robert Greene’s 48 Laws of Power.

Professor Mahmood Yakubu’s grim prospects concerning the conclusiveness or otherwise of subsequent elections, especially that of 2019 once again brings to fore the looming contradictions inherent in our pursuit to entrench democratic principles on one side, and the salting of the suffrage machine on the other. For it appears whatever effort his predecessor, Professor Attahiru Jega made at taking the commission from the earth of Nigerians’ consciousness to their hearts is being lost.

Having succeeded Maurice Iwu, the hitherto colourless umpire who superintended over an election so base its validity was questioned even by its most beneficiary, President Yar’adua, Prof Jega did not just go into a helpless mood, complaining about the non-redemption of the electoral process.

On the contrary, he saw the various challenges as an opportunity to make a point that the nation had not completely lost it. He identified the problems, rolled his sleeves, and made efforts to correct those whom he was sure fell under his sphere of influence.

On his visit to the PUNCH Place, the current INEC chairman sounded both helpless and hopeless in the face of political players’ desperate bid of wanting to maintain relevance in the democratic setting. Being a successor of Prof Jega, what Prof Yakubu failed to tell Nigerians was what he has been doing in INEC to build on the sterling innovations championed by his predecessor.

Does Prof Yakubu share our sentiments of not wanting to return home after accreditation? If he does, what is he doing in that regard? Is Prof Yakubu ruminating on the possibility of Nigerians voting from anywhere as against the status quo where voters only vote at the polling booth they registered? These are few amongst the issues we expect him to tackle, not a relapse into a mood of progressive nothingness.

Like Remi Oyeyemi wrote, “it is an abdication of responsibility for Professor Yakubu to begin to suggest that 2019 elections would be “inconclusive.” What would he be doing as Chairman of INEC between now and 2019 to ensure that the election is “conclusive”? If he has the knowledge that 2019 elections would be “inconclusive” what is he doing to rectify the variables and do a good job for Nigeria and her democracy? Is this not an obvious self-disqualification for this responsibility?”

Tapping into the realities of the 21st century in terms of technological sophistication, Mr Jega brought in the permanent voters’ card (PVC) and smart card readers to cushion the effect, if not to totally cancel out the perennial scourge of multiple accreditations and voting. As a testament to the fact that he had studied the psyche of political gladiators and their penchant for ballot ruthlessness, Prof Jega centralised the goings-on in each polling booth to the INEC headquarters.

It was as a result of these innovations that we, for instance, got to know about the blatant robbery that happened at the governorship election in Rivers State where, although a little over 200,000 were captured at Abuja to have been accredited, INEC returned Nyesom Wike with over a million votes.

In Jega and the parody of the dark pot, I wrote:

“Jega’s handling of INEC was a never-ending battle between vision and mission; while vision stretches over time, its counterpart works on immediate gains. That the professor managed both is a testament to his administrative acumen as a man of the moment.  His mission to conduct free, fair and credible elections was accomplished while his vision to strengthening the commission to be a force to reckon with among our national institutions was not left in abeyance.

“In 2011, the first set of national elections was cancelled due to issues that showed the naivety of INEC which not only made Nigerians lose confidence in his ability, but made them fume at the enormous resources that was spent on that fruitless Saturday. Now we know that that singular decision by Jega and his team was a calculated attempt aimed at straightening the electoral body. That the 2015 elections was a better exercise than 2011 is no doubt. What better way to prove one’s worth by working to avoid previous mistakes? Election after election, poll after poll, it seem evident that the man from Jega who wears the name Jega puts his brain to task by wanting to make a statement that we can get it right in Nigeria.

“With the introduction of the permanent voters’ card (PVC) and electronic card readers, Jega succeeded in making the voting process credible and tribunal’s job itch-free. Although he takes a bow while the job at INEC is still far from perfection, only the blind would fail to see that Jega left INEC better than he met it. That alone is a consolation.”

It is in this light that Prof Yakubu’s fall into fatalism betrays the scholarship and intellectual rigour expected of a supposedly thorough-bred academic. While the questions Funke Phillip posed in the concluding part of her rejoinder to Mr Oyeyemi need concrete answers in other for us to forge ahead in our bid to correcting the ills in the electoral process, the inability of the chairman to build on Jega’s legacies makes Mr Oyeyemi’s criticism alluring.

Had Mr Mahmood succeeded any umpire except Jega, his excuses might have been tenable. Until the details of the several reforms (Uwais, Lemu, etc.) are implemented, the INEC boss will do well by thinking beyond the box in outsmarting politicians in this game of thrones. As it stands, the faith Nigerians had in INEC is being eroded at a fast pace, no thanks to the reverse-pedalling of the significant gains the commission recorded under Prof Jega.

Prof Yakubu’s fall to fatalism advances in glaring terms the vivid disconnect between the town and gown, an unfortunate malice in our shambolic educational system. Let someone inform him that heading INEC is not the same as writing papers or grading examination scripts of POL 101. Can someone please tell Prof Yakubu that the reality of Nigerian politics is that our politicians are not ready to change—at least anytime soon?

We saw what Professor Dibu Ojerinde did with JAMB. Coming into JAMB more or less like a palaeontologist, with Richard Leaky’s stone tools used as test instruments, Prof Dibu, in a few years removed the board from antiquity to the future. With Dibu, JAMB became Nigeria’s second export behind crude oil as other nations were adapting Dibu’s innovations to their admission process.

Let the professor stop complaining and get to work. We’ve had enough of complaints and shadowboxing in the administration of President Buhari. Although his coming was not meant to compete with his predecessor, the professor’s performance from Kogi down to Rivers portrays him as a fake version and surreal imitation of his predecessor.

Professor Yakubu should go get 48 laws of power if he desires to leave the umbra of the Bayero academic. He needs the book more than anyone as he has without doubt transgressed law 41.